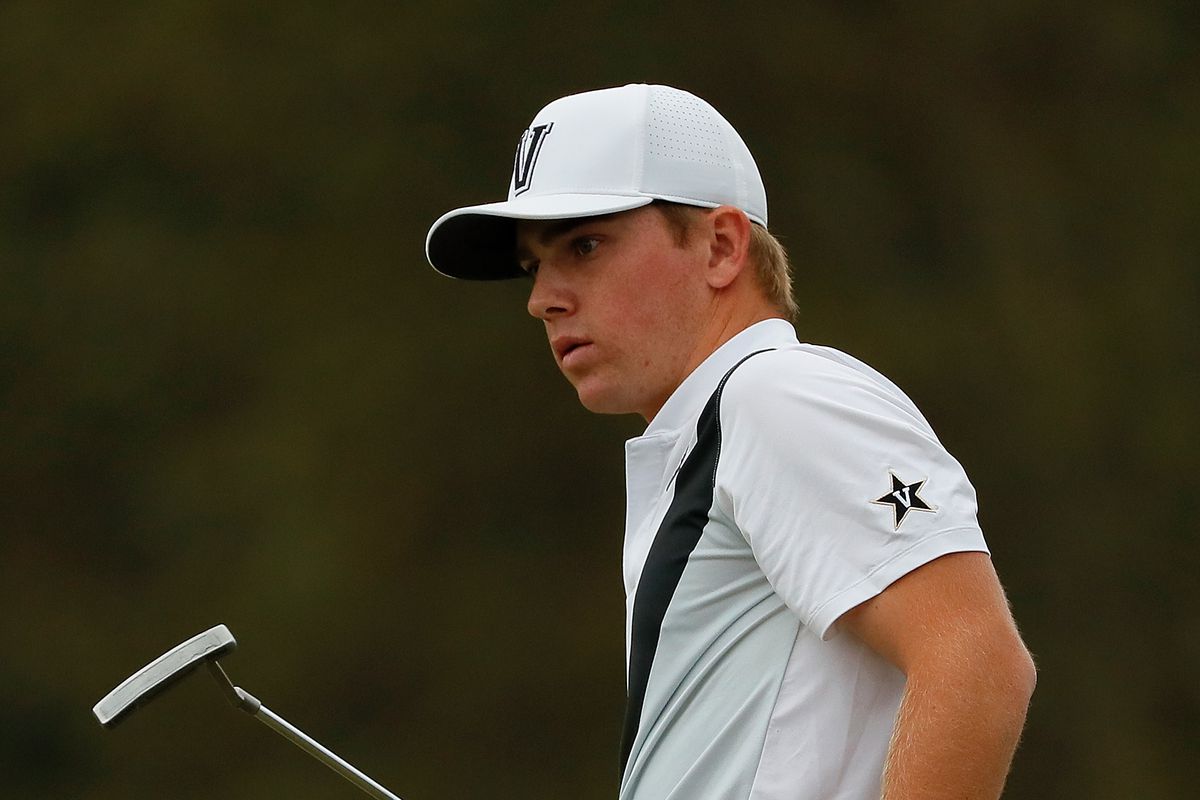 John Augenstein from Vanderbilt made his decision to turn pro after The Masters.

John Augenstein finished in a tie for 55th at The Masters, a good feat for an amateur — made the cut and said he’d decide afterward on his future.

That decision has been made and the Vanderbilt golfer is heading for the professional ranks.

He was runnerup to Andy Ogletree in the 2019 U.S. Amateur and that got him that Masters invite.  Last spring he was named the SEC Player Of The Year and made the All-America team for the fourth time.

“The goal is to get to the PGA Tour as quickly as possible,” Augenstein said.  And that’s pretty much what every college player is looking to do.  “What that means for me, the short answer is I really don’t know. These circumstances are unlike anything we’ve ever seen, and that’s one of the hardest parts. Your whole life you have this plan, you’re going to go to college and after four years you’re going to turn pro and hopefully play on the PGA Tour. I was supposed to play in the Masters, compete for a national championship and, though nothing was certain, get some starts on the PGA Tour and get everything going, just according to plan, and that’s all been taken away for the time being,” he said, summing up a season disrupted by the COVID-19 virus pandemic.

Augenstein didn’t talk about his representation, endorsement deals or upcoming exemptions. Before turning pro, he was in position to earn a Korn Ferry Tour card via PGA Tour University, but he had to forfeit that opportunity with this decision. He is expected to receive some PGA Tour sponsor invites once the season resumes next year.  He’s allowed seven of those sponsor invites and a bunch of young players will be competing for them, including  Ogletree, Sahith Theegala and Akshay Bhatia.