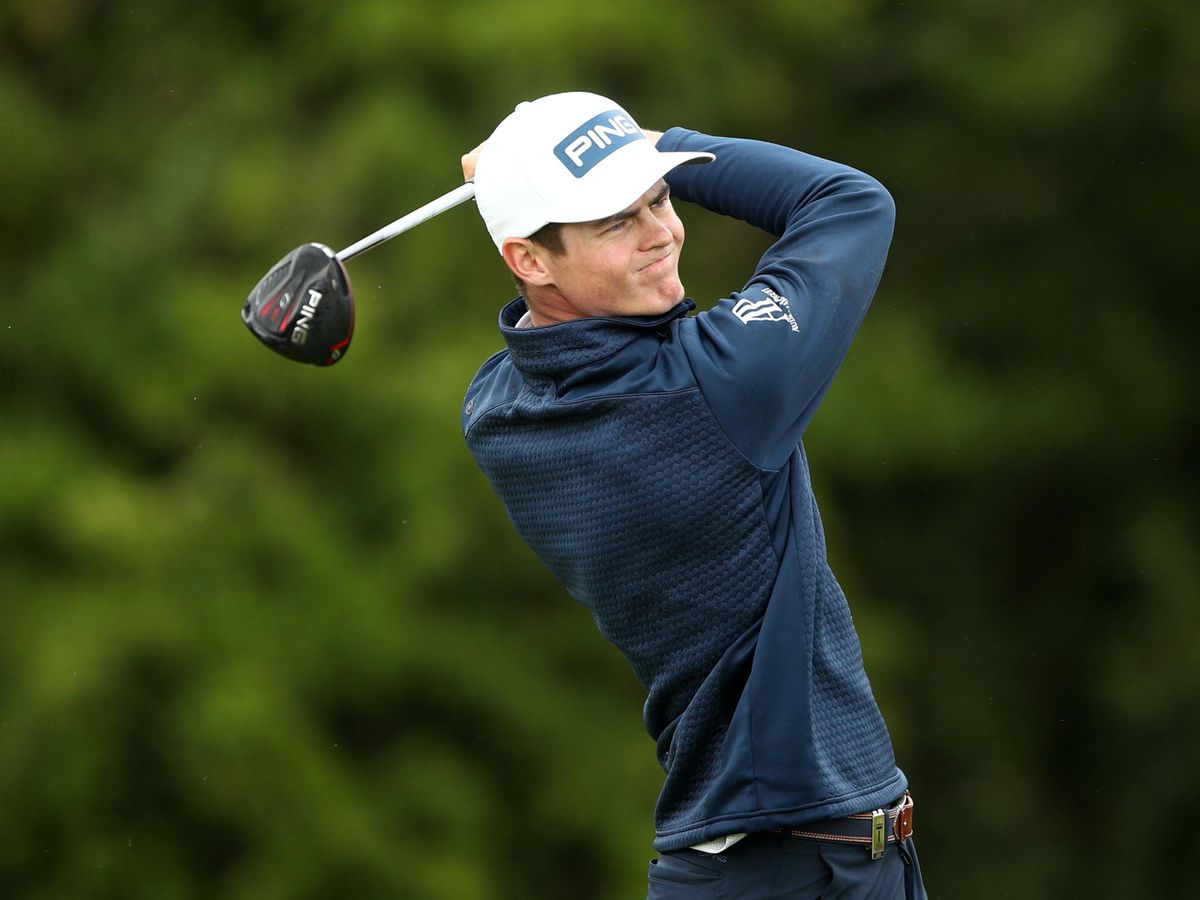 Wilco Nienaber lost the Joburg Open but he made a big impression.

Would like to introduce you to a very young, up-and-comer in the world of professional golf.  His name is Wilco Nienaber and he is very, very young and very, very long.

Did that get your attention?

Young Wilco is a fresh-faced 20-year-old South African who had the Joburg Open there for the taking on Sunday at Randpark Golf Club.  He played one heckuva first nine holes after holding the overnight lead for the first time ever in a European Tour event.  Three front nine birdies got him to 19-under par with victory just nine holes away.

But his lack of experience showed up down the stretch.

The tournament came down to a basic two-man duel between Nienaber and Denmark’s Joachim Hansen, a 10-year journeyman who was looking for his first win.

Nienaber will look back at four holes that denied him the chance for that first victory at a tender page.  He failed to birdie either of the back nine par fives and his incredible length is mind-boggling.  Earlier in the week he launched a drive that measured 439-yards and he hit a gap wedge into a par five at Randpark and made eagle.

First thing you’ll notice is that Nienaber is thin as a rail.  He’s close to 6-foot-4, really long arms and looks like a basketball player that hasn’t grown into his body.  Looks like he weights about 175 soaking wet.  Unlike DeChambeau, he’s got a very smooth, very conventional golf swing and he develops incredible speed through the hitting area.  He’s got a really nice putting stroke, very natural, not mechanical like DeChambeau.

The young South African also plays at a nice pace, doesn’t stare at his yardage book nor is his nose buried in a greens-reading book.

Cool thing about Wilco is he is such a raw talent.

At the par five 12th, he was 50 past Hansen and Brandon Stone, had a iron into the 597-yard par five and pulled it.  He failed to get up-and-down from a greenside bunker on an 80-footer.  At the 14th, only 547 yards, he drew a sidehill lie in the rough and caught a flier that sailed over the green.  Long, difficult pitch left him with a tricky downhill eight-footer for birdie and he missed.  Hansen made up two shots on those holes and a birdie at the 10th and the two were tied with two to play.

At the 225-yard 17th, Wilco pulled an eight-iron left.  It was headed for the water but somehow stayed on the bank in a gruesome lie that led to a bogey.  A bunkered tee shot at 18 left him short of the green and he’d finish bogey-bogey for a closing 70 that left him two shy of Hansen.  The Dane finished where Nienaber stood at the turn — 19-under.

The youngster from South Africa, who won his country’s amateur championship in 2019, didn’t hang his head, didn’t pout.  Before the round he was upbeat:  “It’s going to be great.  It’s going to be the first time that I’m in that situation and I’m just going to embrace it and enjoy the day.”

He did just that.  Even smiled after the two bogeys.

This young man will be a fun one to watch.

He needs to learn to hit a power cut with his irons and driver — but that will come with time and experience.

He already has some amazing tools at his disposal and that length of his — ouch!

So watch for his name, he’s climbing the world rankings — up to 209 right now.

He’s longer than DeChambeau without swinging at it like a madman.  Controlled power and just wait until he grows into that frame.

Sky’s the limit for this guy.