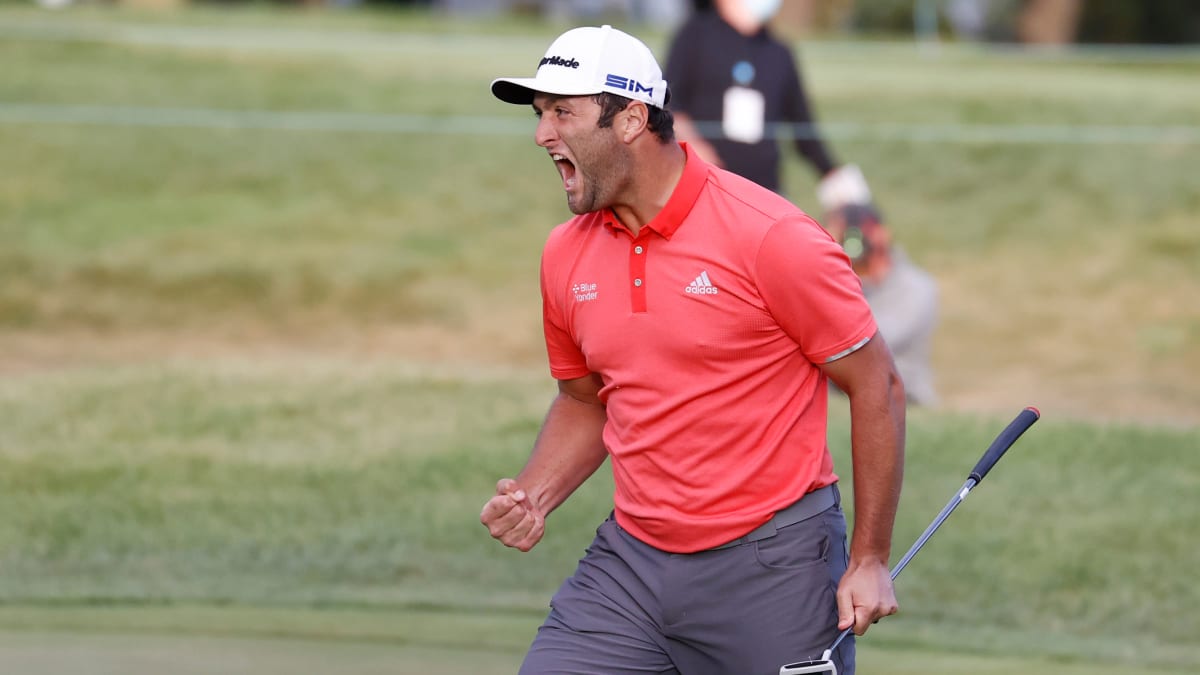 Jon Rahm is the PGA Of America's Player Of The Year.

U.S. Open champion and low gross winner at the Tour Championship, Jon Rahm, has nailed down his first Player Of The Year award.

Rahm was the top points man in the PGA Of America’s set formula, with 70 points, he beat Bryson DeChambeau by five.  Pat Cantlay and Collin Morikawa were third and fourth in the points competition.  Rahm finished second to Justin Thomas for the honor last year.

Rahm only won one event this season but it was a big one — the U.S. Open at Torrey Pines.

Rahm is currently No. 1 in the world and is a finalist for PGA Tour Player Of The Year honors along with DeChambeau, Cantlay, Morikawa and Harris English.  Tour Rookie Of The Year finalists are Garrick Higgo and Will Zalatoris.

What?  A Week Without A PGA Tour Event?

With that extended pandemic-created 2020-21 “Super Season” in the books, the PGA Tour is actually taking a breather this week with no events on the schedule.

But — that being the case — the 2021-22 season gets underway next week with the Fortinet Championship at Johnny Miller’s Silverado Resort out in Napa Valley where they fight it out for the wine cask tropy.  They’ll tee it up next Thursday.

After that, the Tour takes another week off, not wanting to distract from the Ryder Cup at Whistling Straits (Sept. 24-26).  The following week it’s the Chicken Championship — aka Sanderson Farms — at the Country Club of Jackson, Sept. 30-Oct. 3.

The first event overseas comes Oct. 21-24 with the Zozo Championship in Japan at the Accordia Golf Narashino Country Club in Chiba (Oct. 21-24).

October closes out with what amounts to a glorified Korn Ferry event, disguised as a PGA Tour event — the Bermuda Championship at Port Royal Golf Course (Oct. 28-31), with a measly purse of $720,000.