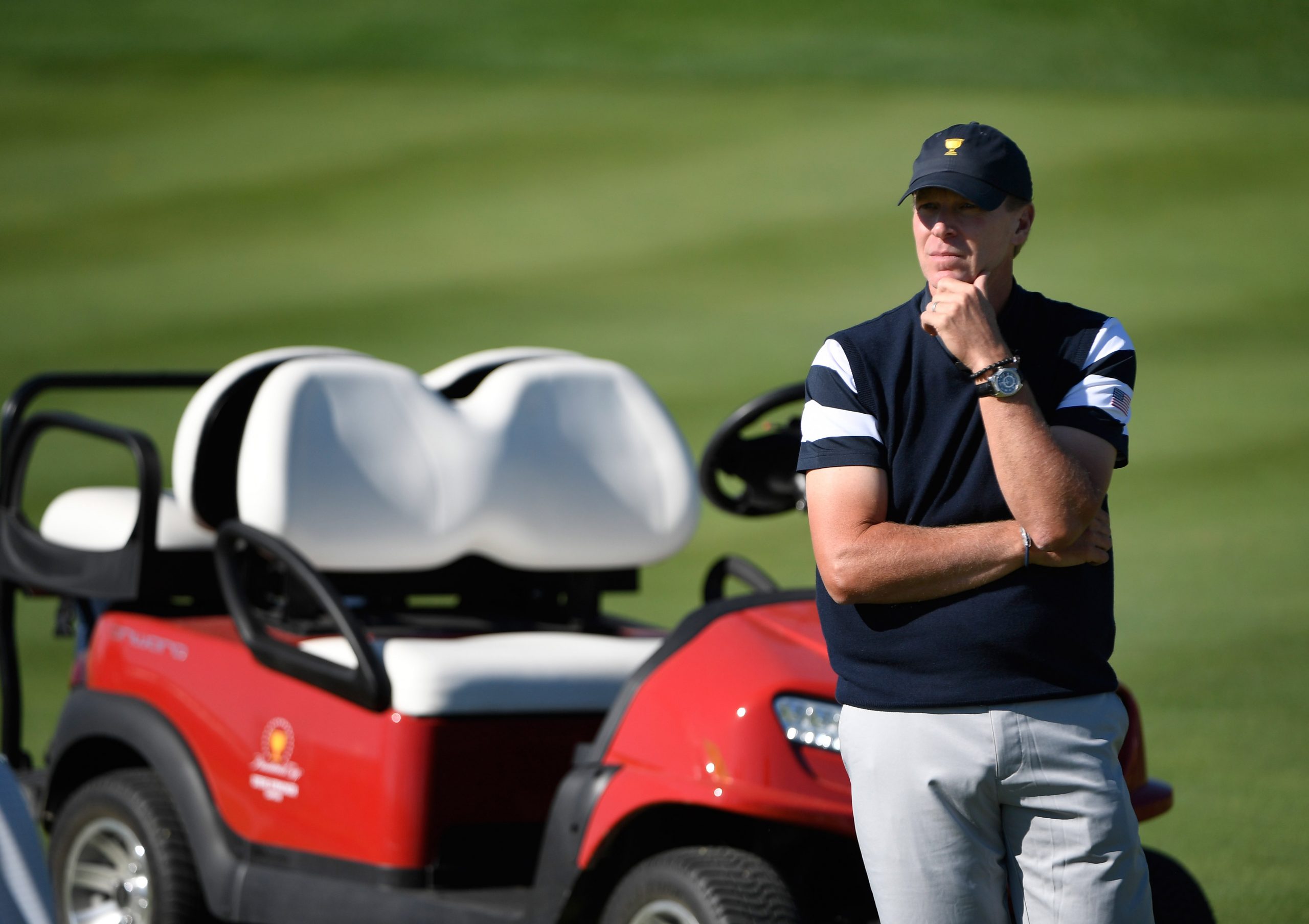 Ryder Cup Captain Steve Stricker Makes His Picks, Still Has Cause For Concern

Yes, that 2018 nightmare of a week saw Furyk’s lads buried — 17 1/2 to 10 1/2 with Reed playing antagonist perfectly — griping about not playing with Jordan Spieth, complaining about having to partner with Tiger Woods.  That wasn’t all.  Reed played quite poorly the first two days then complained that he sat out two matches.

Which brings us to this 2021 version of the battle between the U.S. and Europe.  First ball in the air in 17 days, they’ll be on site to get familiar with Whistling Straits earlier that week — which means not much time before we see what sort of drama might transpire up in Wisconsin.

Your typical Ryder Cup captain has the PGA Championship on his resume.  The PGA Of America likes that.  Furyk didn’t own one but is a major champion (U.S. Open).  Stricker might be the first captain without a major championship on his resume — but hey, that’s okay, he’s from ‘Sconsin and the Cheese Heads will turn out in mass to support one of their own.

Somewhere, a no-doubt stunned Patrick Reed was perhaps muttering all sorts of expletives.

Perhaps Stricker realized that Reed can be a royal pain in a captain’s behind.  Also, it wasn’t Stricker alone making those picks, he cited input from the “Automatic Six,” along with his vice captains and some sort of secret scouts.

With that out of the way, here’s where things get tough for Captain Stricksie.

Dustin Johnson had an off year.  His 12-year winning streak on the PGA Tour came to an quiet end last week.  Putting’s an issue, tee shots as well.  Add the fact that his “significant other” aka Paulina Gretzky, had been hanging out recently with Vera Wang, wedding dress designer to the stars.

Collin Morikawa won the regular season FedEx points race but basically vanished during the playoffs and has been recovering from a back injury — how’s that for bad timing?

Then there’s Bryson — que the music “How Do You Solve A Problem Like Maria?” (Sounds of Music).  Who do you pair with Bryson?  Better draw straws for that one.

The only automatic guy without issues is Cantlay.  You can put anyone with him.

Finau, Schauffele and Spieth were oh-so obvious.  Now how about English, Berger and Scheffler?  English, no controversy there.  Berger was 12th on the points list, not that much of a surprise.  Scheffler is the shocker.  Yeah, he’s long, can be exciting but can get erratic under pressure.

Somewhere Kevin Na is grimacing after his magnificent performance at the Tour Championship.  Sorry Kevin, we were all for you.

In all, Stricker will have six first-timers on his team.

With those six captain’s picks and the “Automatic Six” Stricker has his hands full.  Truth be known, these guys all stay pretty much to themselves — it’s a product of big money and success.  Private aviation, a tight circle of family, caddie, swing coach and trainer. They don’t hang out with one another.  They stay often in private residences with their inner circle around them.

The concept of “team” is a foreign notion among the PGA Tour’s elite.

Stricksie also has to manage that “Good Guy” reputation of his.  Guys in that American team room can turn on a “Good Guy” in a heartbeat.

There are more questions than answers when it comes to this U.S. team.

So looking forward, we wonder — will it be “The Win In Wisconsin” or “The Whiff At Whistling Straits?”

There’s really no way to predict.