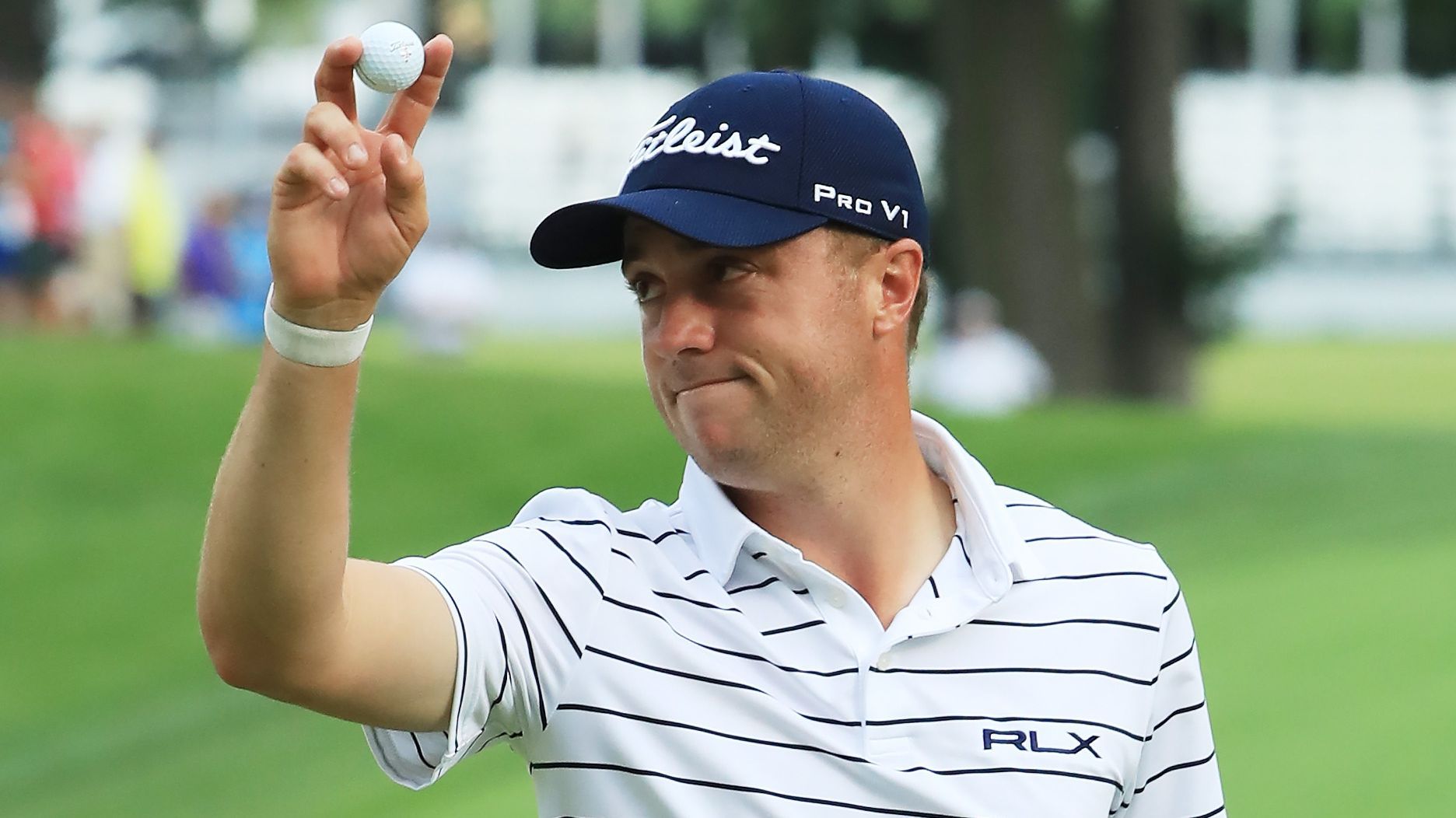 Justin Thomas had two back nine eagles on his way to an 11-under par 61.

Hideki Matsuyama took the spotlight with a 63 on Friday.

On Saturday, it was all J.T. again as he went so low it was nearly unbelievable.

A pair of eagles on the final nine holes helped Thomas shoot an incredible 11-under par 61 and he completely took over the action after 54-holes at the BMW Championship.

Thomas’ round got him to a playoff record 21-under par through 54 holes and he’ll take a seemingly insurmountable six-shot lead into the Sunday finale.

J.T. trailed Matsuyama by two shots at the start of the day.  By the time it was over, the overnight leader was a full 10 shots behind Thomas.

Thomas rocketed out of the starting blocks with five straight birdies to start his round.  He was five-under at the turn and didn’t birdie the par five seventh and made bogey at the sixth then missed a seven-footer for birdie at the ninth.

He started his final nine with two sensational shots — a 317-yard drive then a perfect five-wood from 259 that stopped just three feet short of the hole.  He made eagle added another birdie at 14 then from 181-yards out at 16, hit a perfect eight-iron that landed just five feet short of the hole then rolled like a putt into the cup for a deuce on the par four.  At 17 his nine-iron settled inside seven feet and he made that to go 11-under for the day.  A par at 18 gave him the sensational 61.

“It was one of those freaky days when you get in the zone,” explained Thomas, who was deep in “the zone.”

He’s a half-dozen shots in front of Tony Finau and Pat Cantlay.

“I’m trying to win by as many as I possibly can,” Thomas said when asked about the final 18.

He refused to look ahead and contemplate being the top seed at East Lake.

“I could care less about next week,” he said emphatically.  “I’m thinking about tomorrow.”