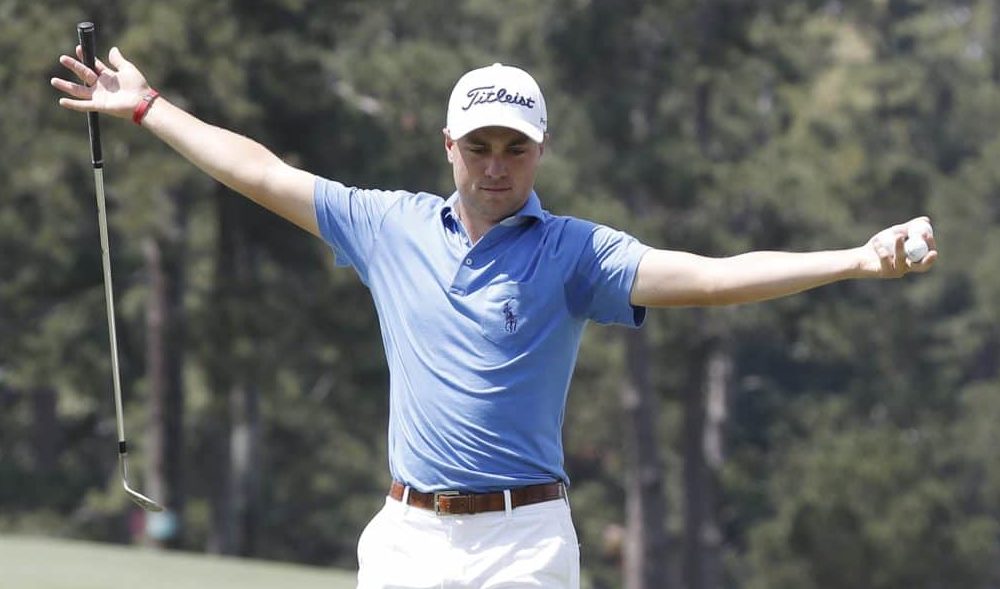 Justin Thomas referred to his Thursday 65 as "an easy round."

Easy Peasy — Medinah Takes A Beating On Day One At BMW

Where was tough Medinah?

Where was the major championship challenge?

These are supposed to be the playoffs.

What we had Thursday at the BMW Championship was something akin to the Safeway Open.

Come on in folks — everyone scores.

With rain in the Chicago area the past few weeks, Medinah was soft and inviting, had no teeth and virtually didn’t take a bit out of anyone of note.

Instead, the first round of the BMW turned into one of those “How Low Can You Go?” sprints.

Tiger Woods declared it “gettable” and he knows the place better than anyone — he won two PGA championship here.

Sadly, it wasn’t all that “gettable” for Tiger and after he shot 71, he left himself farther from East Lake than he was at the start of the day Thursday.

The flunkies of the class were Vaughn Taylor (73) and Joaquin Nieman (74) — what’s wrong with you guys?

Best of the best were Justin Thomas and Jason Kokrak.

Thomas shot 65, seven-under and declared it a stress-free day.  “It was good — and easy round if you will,” said J.T., who looks to have finally gotten over the wrist injury that has set him back this season.  The day didn’t start easy for J.T.  “Probably the worst warm-up of my life,” he said of his time on the range before he headed to the first tee.  “So I didn’t know how I was gonna play.”  His play was pretty flawless — seven birdies, totally clean card.

Kokrak’s never made it to the BMW and is your basic playoff stranger.  He’s one of those guys who can hang around but has never won on the PGA Tour.  Kokrak in the winner’s circle on Sunday would be a stunner — J.T. would not.

The hilarious part of this second stage of the playoffs is that the talking heads at  The Golf Channel  and  NBC  are telling us who’s heading to East Lake after every shot.  Someone needs to tell those people that a golf tournament has four rounds and no one ever made it to East Lake by playing just 18 holes.

There are a lot of players who stepped up Thursday but the most interesting round of the day may have belonged to the guy most expect to wrestle the FedEx Cup from everyone and that would be world’s No. 1 Brooks Koepka.

Koepka was lost in the crowd at Liberty National and didn’t look to be doing much early Thursday at Medinah.  Brooksie was just one-under at the turn then a pair of bogeys really slowed him down and he was a head-slapping one-over through 11 and they were blowing by him like a herd of turtles.

Then something happened — a light went off and the real Brooks Koepka showed up.  He got it in gear and played his last seven holes in five-under to finish with a 68, just three back of the leaders.

Koepka showed what he’s all about at the 607-yard par five 14th.  That’s 607 yards, mind you and all he did was blast his drive 311 then from 296 yards out, flew his driving iron onto the green where it stopped just outside 14 feet for eagle.  Of course he made it.

That’s the kind of firepower he has.

“Tried to stay patient,” said Koepka, who was running out of patience after his first 11 holes.  “I was pretty frustrated out there.”

Seems like he did a pretty good job of un-frustrating himself over those final seven holes.

And here’s why you gotta like him the rest of the way.

“Every day that goes by, it’s getting a little better,” he said.

And when Koepka gets a little better every day, it’s that much harder for everyone else.