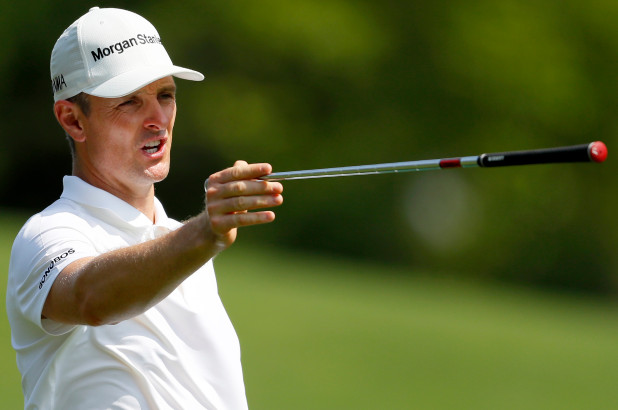 Justin Rose opened with a 67 on Thursday.

Justin Rose In The Hunt For Three-Peat In Turkey

The weather in Antalya is beautiful, there’s no wind and the Montgomerie Maxx Royal Golf Club is in perfect shape.

Add it up and they’re going low at the Turkish Airlines Open — the final event before the European Tour’s season finale in the Race To Dubai.  This is everyone’s last chance to climb in the standings before next week’s DP World Tour Championship in Dubai.

Justin Rose is the two-time defending champion at the Turkish Airlines Open and he’s in the hunt again in this Rolex Series event.

Rose opened with a 67 on Thursday and added another on Friday to get to 10-under in what is turning into a total scoring-fest in Anatalya.

Conditions remained perfect again on day two and  the birdie-flow continued.  Patrick Reed, who was named a captain’s pick by Tiger Woods to the U.S. President’s Cup team on Thursday night, was obviously inspired.  After an unimpressive 71 on Thursday, Reed shot 65 to get to eight-under at the halfway mark.  But there were even lower scores in the second round.

Rookie Robert MacIntyre had the day’s low round — a nine-under par 63 that got him to 10-under.

But it was Alex Noren who broke out of the pack to take the solo lead.  After his 66 on Thursday, he kept it going again on day two but fell on his face at  the reachable par five 18th.  His second astray right, hit a cart path and settled into some high bushes.  He got it on the green with his third but failed to save par when he missed a three-footer.  He fell back into a big group at 11-under with Willett and Fisher then saw Matthias Schwab take the solo lead at 12-under with a closing birdie.  Schwab, the overnight leader with Tom Lewis, closed with 67 to go along with his first round 65.