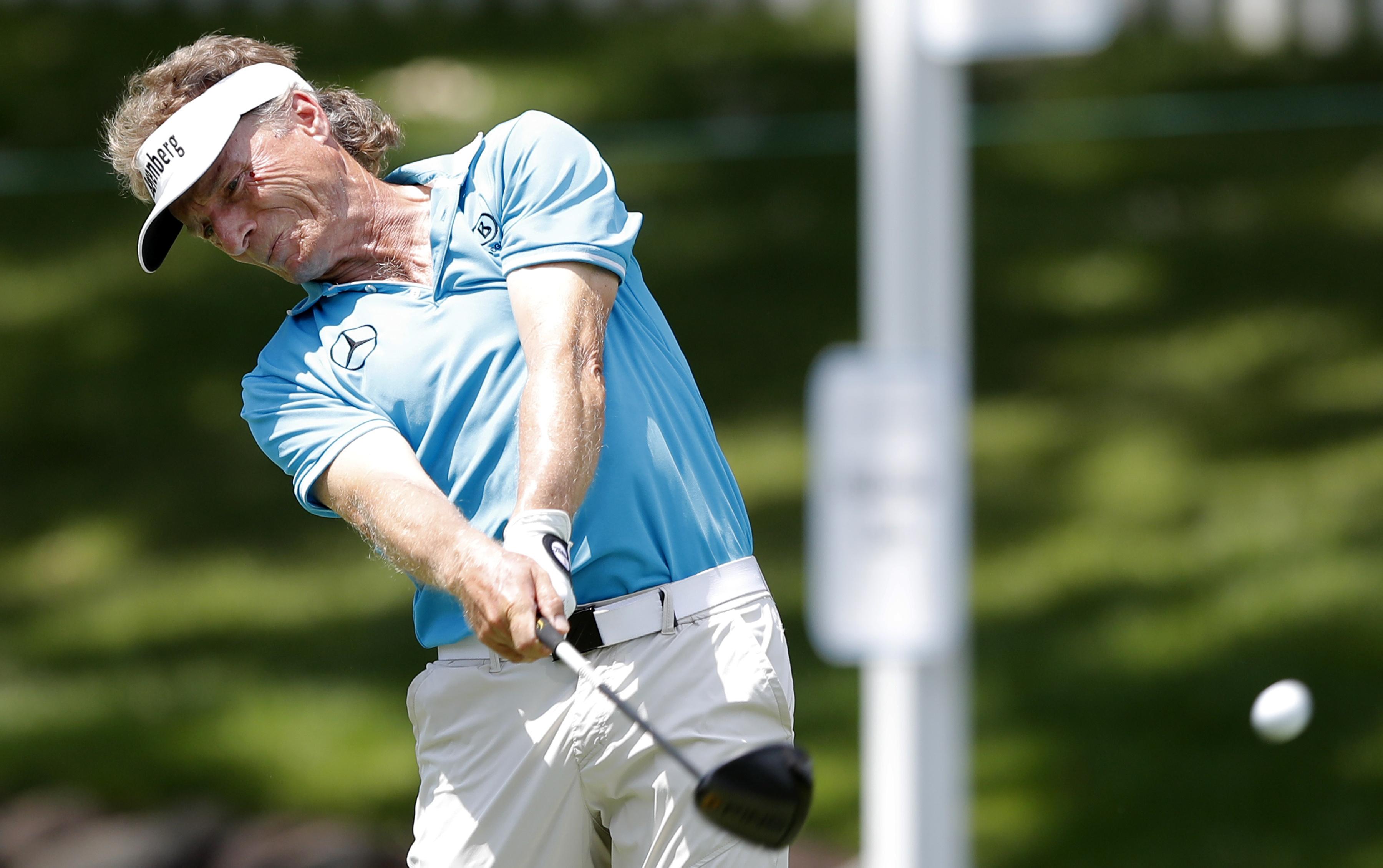 It’s not exactly the FedEx Cup Championship, like over on the regular tour.

Jeff Maggert got the day one attention Thursday at Phoenix Country Club with an opening 63 but he barely qualified for this finale, finishing 34th and has no chance to win the overall title, only the tournament crown.  Still, a new putter worked to perfection and he set the pace at eight-under.  “I have no idea what happened today,” Maggert said after he finished. ”I liked the course last year, felt like I could play well here. To be honest, I got a new putter at the Ping factory on Monday and as soon as I saw it, I says, ‘Wow, this looks good, I think I can make some putts with this.’ Lo and behold, I made a lot of good putts today.”

One shot back of Maggert is the five-time winner of the Schwab Cup — Bernhard Langer.  Langer didn’t have his best stuff with his iron game Thursday but still managed to hole enough putts to shoot 64 and put himself in great position to possibly win a sixth title.  “You can’t win it the first day but you can lose it so I’m happy where I’m at,” Langer said.

Scott McCarron led for nearly the entire season in the points race, thanks to three wins but he didn’t win anything after June and got off to a slow start on Thursday.  His lower back appeared to stiffen on him during the round but he still managed to finish in red numbers with a two-under par 69.

‘Means nothing right now,” McCarron said. ”I don’t know if I’m leading or Jerry’s (Kelly) leading, doesn’t even matter. All I know is I’ve got to go out there and play a little bit better the next three days.”

As for his back, McCarron added:  “It’s not that bad.  I just didn’t putt very well today.”

With McCarron tied for 22nd, the door is open for No. 2 Kelly and No. 3 Langer but each would need to win to claim the overall title.

Langer did his part, so did Kelly.  Kelly kept his hopes alive with a five-under par 66.  Kelly, who led the senior circuit in ball-striking stats, had a solid start. ‘I’m feeling pretty good right now,” he said. ”It’s just a matter of staying solid. I got a little tired at the end, things got a little loose and I’ve got to get stronger as the week goes on.”