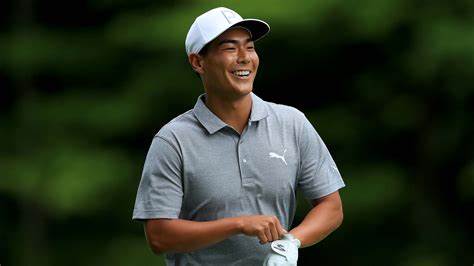 Justin Suh has a lot to smile about after winning the KFT Tour Championship.

It’s been a tough road to the PGA Tour for Justin Suh, who you might remember was a four-time All-American at Southern Cal.

Suh took care of business Sunday at Victoria National Golf Club and won the Korn Ferry Tour Championship.  Suh earned one of the regular season’s 25 cards but with his win on Sunday, he’s No. 1 on the Priority List and earned spots in The Players Championship as well as the 2023 U.S. Open.

Suh shot 65-68 over the weekend and finished 21-under par, two better than Austin Eckroat.

Will Gordon, who won the KFT Finals opener two weeks ago, finished T26 at Victoria National and was No. 1 in the Finals points list, second overall on the Priority List.

Both Suh and Gordon will not be subject to the reshuffle, which will occur within the KFT graduate category five times throughout next season and for the first time following the fall.

Suh sitting in the top spot will put him in any fall events he wants to enter.  “A lot of validation — it’s just very gratifying,” Suh said. “In college, I learned how to win, got to No. 1 in the amateur rankings, and to win on the Korn Ferry Tour and progress that way, it feels great.”

Herb Kohler Jr., a passionate supporter of golf and patriarch of his family’s plumbing and manufacturing business, died Saturday in Kohler, Wisconsin at the age of 83.

Kohler worked for the company  founded by his grandfather Michael Kohler in 1873, shortly after finishing college at Yale University in 1965. Four years after the passing of his father, Herb Sr., in 1968, Kohler Jr. took over as CEO and added the president’s title in 1974. He served in both roles until 2015, when his son David became the fourth generation Kohler to run the company and Herb Jr. became the its executive chairman. During his time overseeing the company, according to the Milwaukee Journal Sentinel, Kohler grew the business from a $133 million operation to a firm that took in nearly $6 billion in annual revenue in 2015.

Ten years later, Kohler opened Whistling Straits, bringing on famed architect Pete Dye to take a flat, abandoned airfield hard by Lake Michigan and turning it into a replica of a seaside links. The Straits course went on to host three PGA Championships and a U.S. Senior Open.  It also was the venue for last year’s Ryder Cup, which the U.S. dominated 19-9.

Kohler’s purchased the iconic Old Course Hotel adjacent to the Road Hole on the Old Course at St. Andrews in 2004 and he also bought The Duke’s, a heathland course outside of St. Andrews.