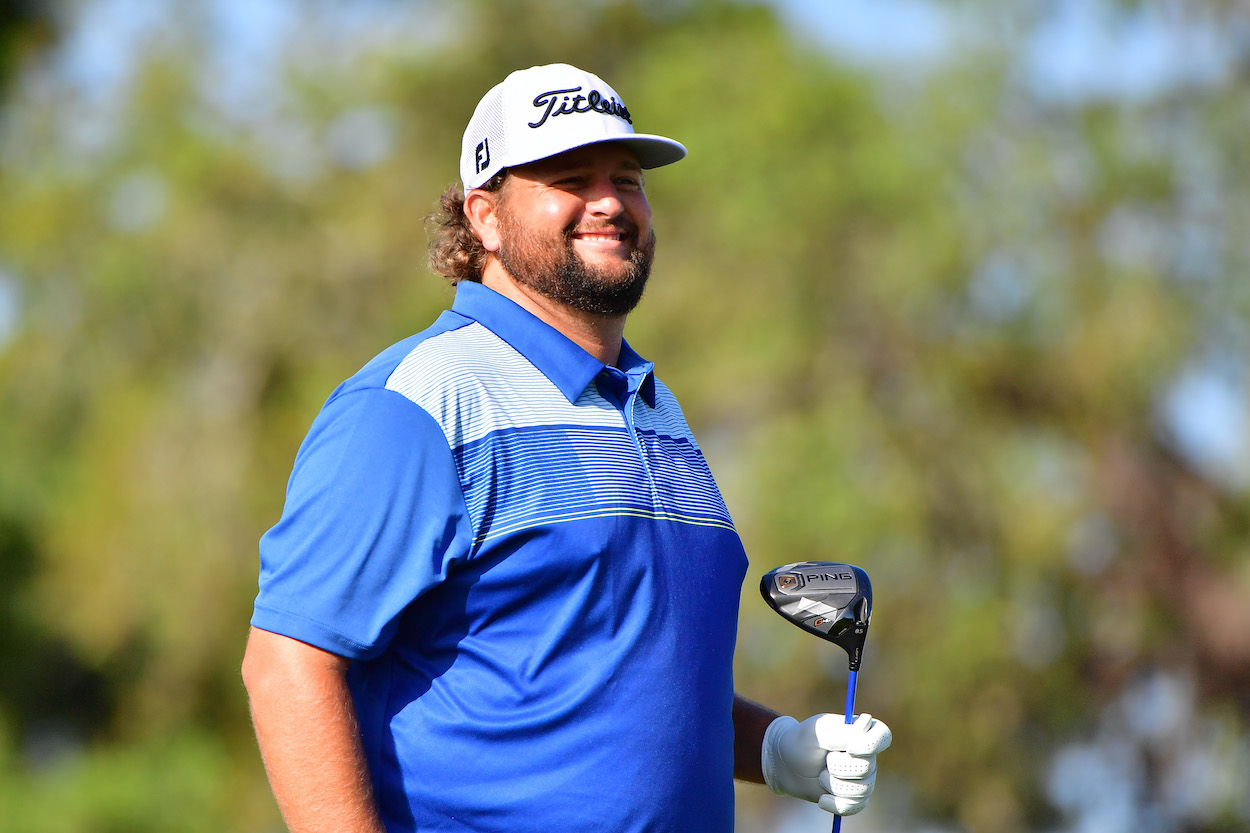 Mike Visacki is getting some financial help and mentorship from Justin Thomas.

Mini-tour player Mike Visacki cried tears of joy when he Monday-qualified for the Valspar in April.

It was Mike’s dream to play in a PGA Tour event.  He shot 74-71 over a difficult Copperhead course at Innisbrook Resort and missed the 36-hole cut but he won a lot of hearts and got the attention of Tour star Justin Thomas.

Thomas helped “Big Mike” gain a sponsor’s exemption into Schwab Challenge at Colonial Country Club last week.  Again, rounds of 77-72 sent Big Mike home early but there was a special moment for him when he met Thomas.

They were supposed to play a practice round together but it was rained out.  Thomas did end up spending time with Visacki and handed him a personal check to help him pursue his golf dreams.

“I just felt it was so refreshing and great to see and how genuine his excitement and emotions were,” Thomas said earlier this week as he prepared for the Memorial at Muirfield Village. “For some reason it hit home to me and it just was like, man, you know, this is a dude who’s been grinding for a long time and there’s a lot of people, not just him, that are doing that, but I just wanted to help in a little way.”

Thomas never intended for his kindness to go viral but it did.

Jason Day lives at Muirfield Village and has never done that well at The Memorial.

This year he’ll be sitting it out.

Day withdrew on Thursday, citing a bad back as he continues to be plagued by injuries.

For a second consecutive year, the CP Women’s Open has been cancelled.

Golf Canada made that decision this week, citing border restrictions relating to the COVID-19 pandemic. The national women’s open of Canada had been scheduled for Aug. 26-29 at Shaughnessy Golf and Country Club in Vancouver, British Columbia. The tournament, formerly known as the du Maurier Classic and a major championship from 1979 to 2000, dates to 1973. The LPGA did not disclose whether the tournament will be replaced on the 2021 schedule. The CP Women’s Open would have been held between the Women’s British Open and the Solheim Cup.