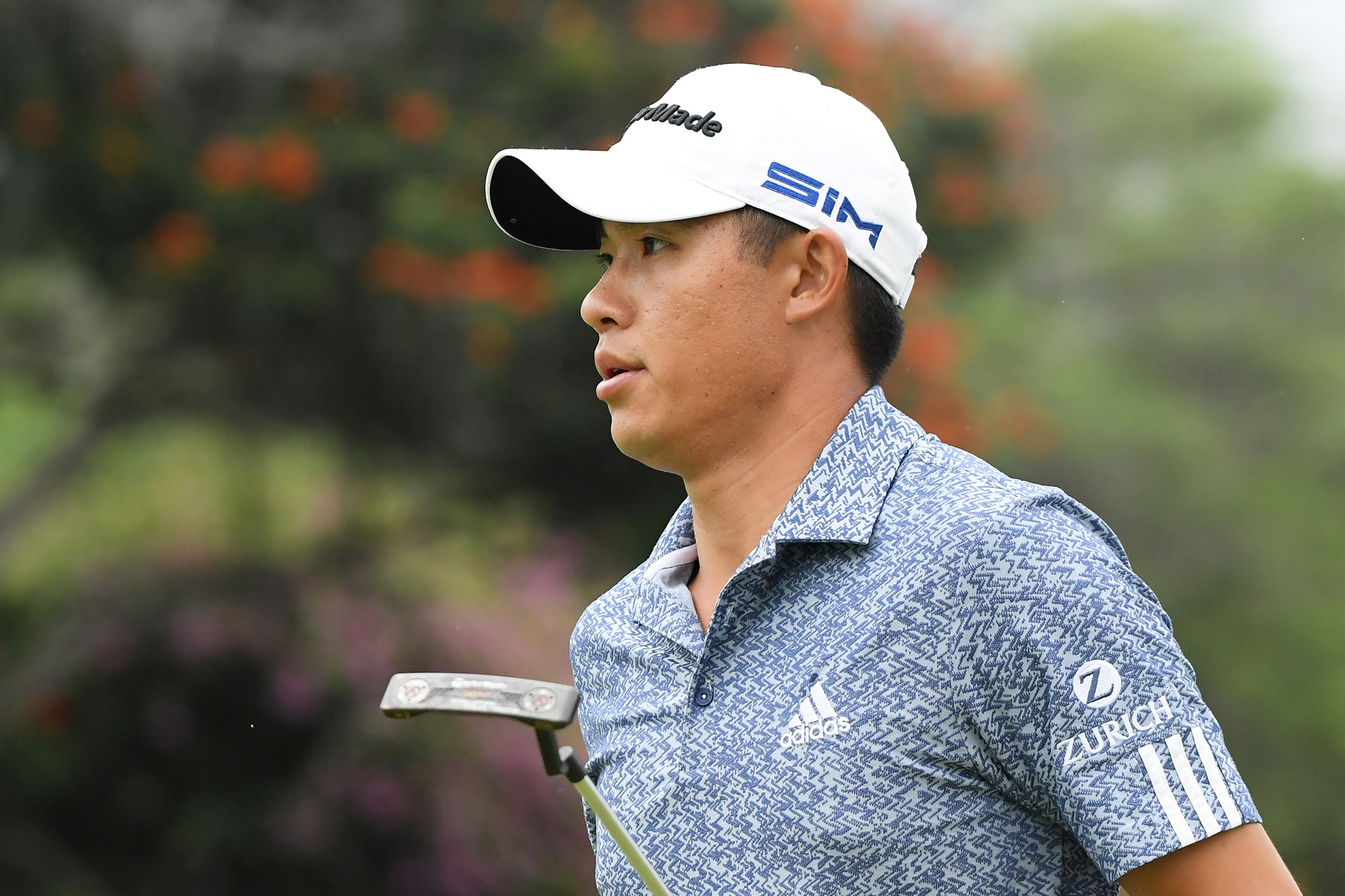 Collin Morikawa went to his old blade putter and it worked well on Thursday.

Collin Morikawa was one of the fortunate ones on Thursday at The Memorial — he got out early, made it through a two-hour rain delay then finished off a masterful 66 that put him atop the leaderboard.

Morikawa made one strategic equipment change this week — he went back to the blade-style putter that he won with earlier this season.

“I’m trending,” Morikawa said.  And he meant trending up.  “Over the past couple of weeks I’ve been hitting the ball really well.  Slowly but surely I’m seeing more consistency.  Putting?  I’m looking for simply comfort.  I’ve switched back to my blade (putter) I’ve used in the past and won the Workday.”

Morikawa said the formula for his success was simple — “Overall you gotta hit the fairway and that’s kinda in my wheelhouse.”  He started on the back nine and turned in two-under, then lit it up with three straight birdies to start his final nine, the front.  He added a fourth at the par five fifth and signed for 66, six-under on the renovated Murifield Village Golf Club.

Weather ruled most of the day.  At 12:46 p.m. the horn sounded and it took two hours to get the field back on the golf course.

With tee times backed up, players started late and weren’t out on the course long as the horn sounded again by 4:25 with major storms thrashing the Columbus area.

The sixth-ranked Morikawa wasn’t the only high-profile player to perform well on day one.   World’s No. 2 Justin Thomas signed for a three-under par 69 as did defending champion Jon Rahm.  Rickie Fowler continued his return to good form — Rickie turned in a 69.

Morikawa wasn’t the only one with a putting change.  World’s No. 5 Xander Schauffele went to the “arm-lock” method with his putter tucked up against his left arm.

“My putting coach, my whole team honestly, we’re very against change and I had to see what the craze was about. I do feel funny, obviously being a top-10 putter on tour, switching putters or the style of putting. It’s a distinct advantage,” Schauffele explained after shooting 68.

“I am for banning the armlock putters,” Schauffele added.  “But if everyone else is going to use it and I feel like they have a bigger advantage, I may as well do the same.”

Some other big names got off to a fast start but were pulled off the course when the second delay came.  Bryson DeChambeau was two-under after three holes.  Last week’s runnerup at Colonial, Jordan Spieth, was playing with DeChambeau and was one-under through three.

The first round will continue early Friday morning and they’ll play until daylight runs out in attempt to get the tournament back on schedule.

Rickie Fowler And His Prescription Sunglasses:

Those sunglasses Rickie Fowler has been sporting are being worn for a reason.

Rickie was having trouble seeing objects in the distance.

“I can actually see the ball land,” Fowler said after opening with 69 Thursday at The Memorial..

Fowler said after his round that he’s struggled seeing objects farther away than 150 yards. “Before it was kind of a hazy shadow,” he said. So he experimented with sunglasses at home, started wearing a tinted, prescription pair at the Wells Fargo Championship at the start of last month and shot a three-under 69 on Thursday, which has him near the top of the leaderboard as he eyes his first win since 2019.

“So, no, I tried, it’s not enough to where, like, I really wanted to try going to like Lasik or anything like that,” Fowler said. “I’ve always been able to see up close fine; I don’t have any problem with that. The only time I start to struggle with some depth perception is in low-light situations, so like early morning or as the sun’s going down. And so I just wanted to try another option before going to Lasik down the road.  Tried wearing some just standard sunglasses at home, because I always felt that with the nose piece, with how much I move sometimes in the swing, it would get in the way and I would lose sight of the ball, so I didn’t like glasses forever.

“Now that things have been cleaned up and I swing a little bit more just within myself, that gave me the opportunity in just standard sunglasses without prescription I saw that I wasn’t squinting as much, I wasn’t stressing my eyes as much, especially with it being bright out too, especially in Florida. So I said, shoot, why don’t we try prescription.”