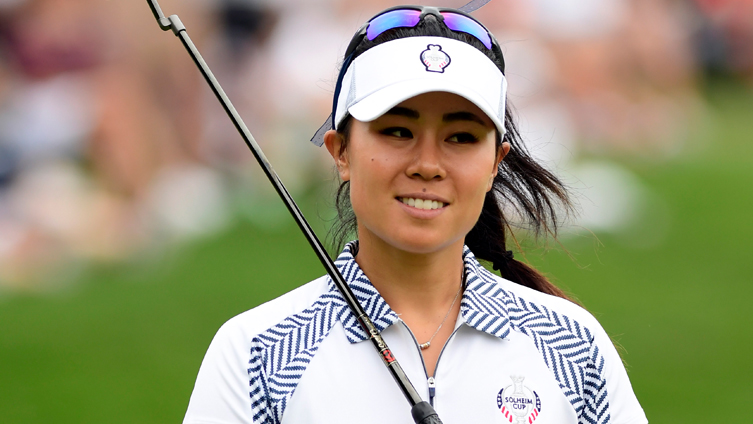 Danielle Kang made nine birdies on her way to a first round 63 in Orlando.

Kang Has Birdie Fever At Tournament Of Champions

Danielle Kang was one of the big motivators last year at the Solheim Cup.

Problem was that she motivated the European team with some right-field trash talking.

Kang let her clubs speak for her on Thursday during the first round of the Tournament of Champions to kick off the 2020 LPGA Tour season.

Kang put nine birdies on her scorecard and her eight-under par 63 was good enough for a two-shot lead over the other 26 players at this winner’s-only event.

Her work in the off-season with semi-retired Butch Harmon is paying off.  “To be honest, to shoot eight-under, every aspect of the game has to kind of click in. I hit pretty good drives out there. My wedges were good. I rolled in some putts, definitely missed some putts. I saved a couple of the shots that I needed to. To be honest, my caddie (Olly Brett) kept telling me to enjoy it, and I honestly had a lot of fun playing with Lee (Brice) and Cole (Swindell) like last year. It was a cruising round, and they were fist pumping for me.”

Kang said she stayed busy after the 2019 season ended.  She played in pro-ams, played in the California desert, and played and practiced a lot in Las Vegas where she lives and where Harmon teaches. “I’ve been working with Butch quite a bit,” she said. “It’s kind of a rollover season is how I look at it. And it’s been a good start.”

As good as her day was in the perfect Orlando weather, she was only two shots ahead of a trio at six-under par that included Gabby Lopez, Angela Stanford and Inbee Park.

Lexi Thompson and three others were just three back at five-under par.

There was one huge no-show this week and that was Jin Young Ko, last season’s Player Of The Year and winner of virtually every post-season award.