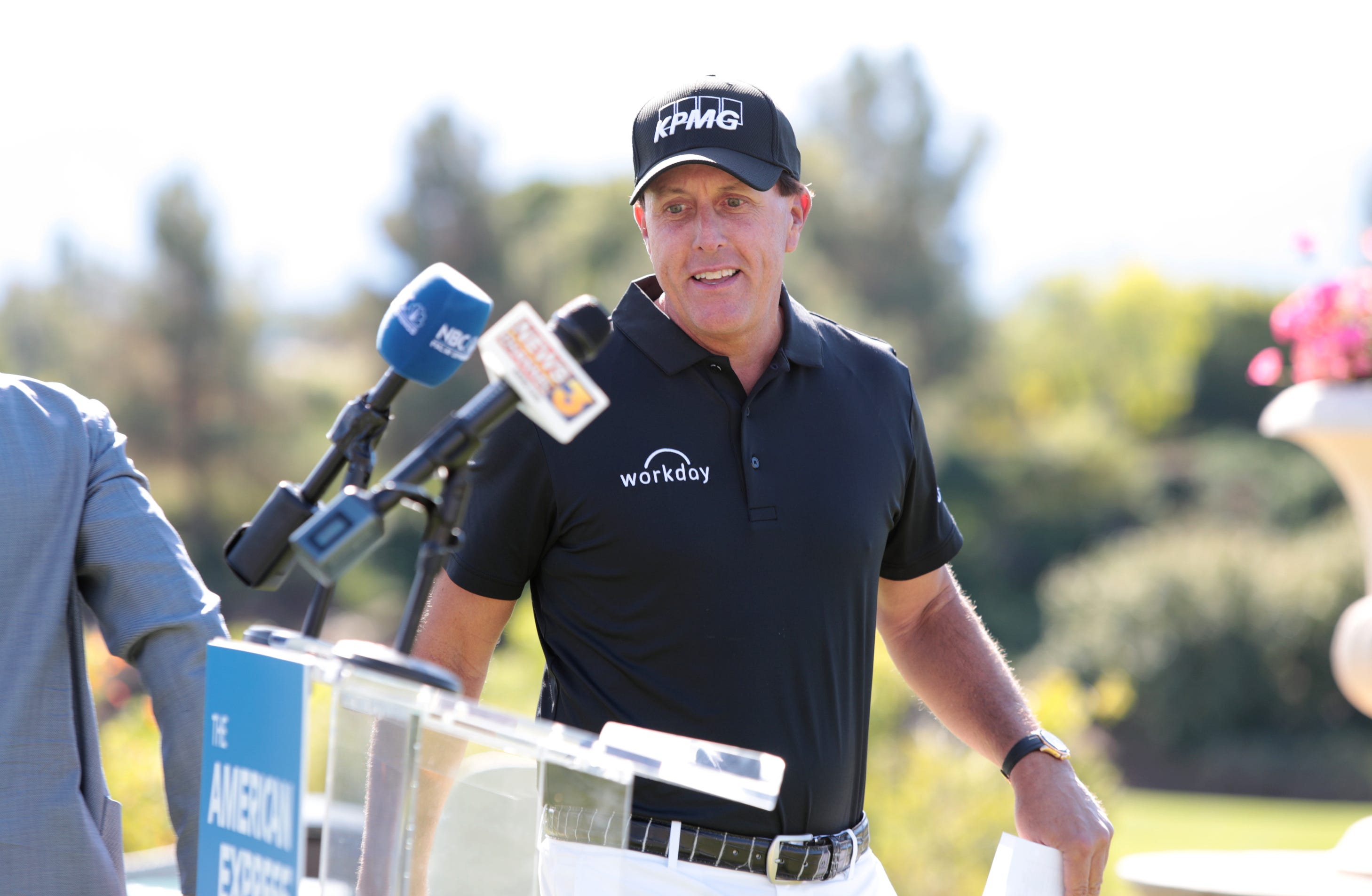 Phil Mickelson will be leaving California for Jupiter Island, Florida.

Phil Mickelson has a new job description this week at the American Express — tournament host.

That was a promotion from his previous position as Ambassador at this event, which has descended from the old Bob Hope Classic.

Phil was a good host on Thursday — he made sure he didn’t beat too many players in the field.  All Lefty could muster was a two-over par 70 on the birdie-friendly LaQuinta course and that left him a full six shots behind the co-leaders.

Big news from Mickelson is that he’ll be leaving California for good once he builds a new home on Jupiter Island — the ritzy isle on the east coast of Florida that is home to Tiger Woods.  Phil closed on a lot there last month and will move when his son graduates high school.

The field plays three courses this week and the cut won’t come until Saturday afternoon but Mickelson will have to improve if he wants to play on Sunday.

Murray, who hasn’t performed well in the cross-over season, turned things around on Thursday.  He did it with some on-site work that started last month.  “I’ve been here since Dec. 30 working on the game and I feel like I probably am the most prepared of the field for all three courses,” Murray said.  “Coming off of a long offseason you never expect to come out the gates like I did firing, but I’m comfortable around all three of these courses — I love it out here in the desert.”

Biggest name near the top was Rickie Fowler.  Rickie took care of business at LaQuinta, birdied his final hole for a seven-under par 65.  “It’s a good start,” Fowler said. “Obviously you look at scores it’s usually pretty low out here, especially when you look at weather like this and the conditions of the courses. Conditions are perfect here at La Quinta. Greens are about the best that we see all year.”