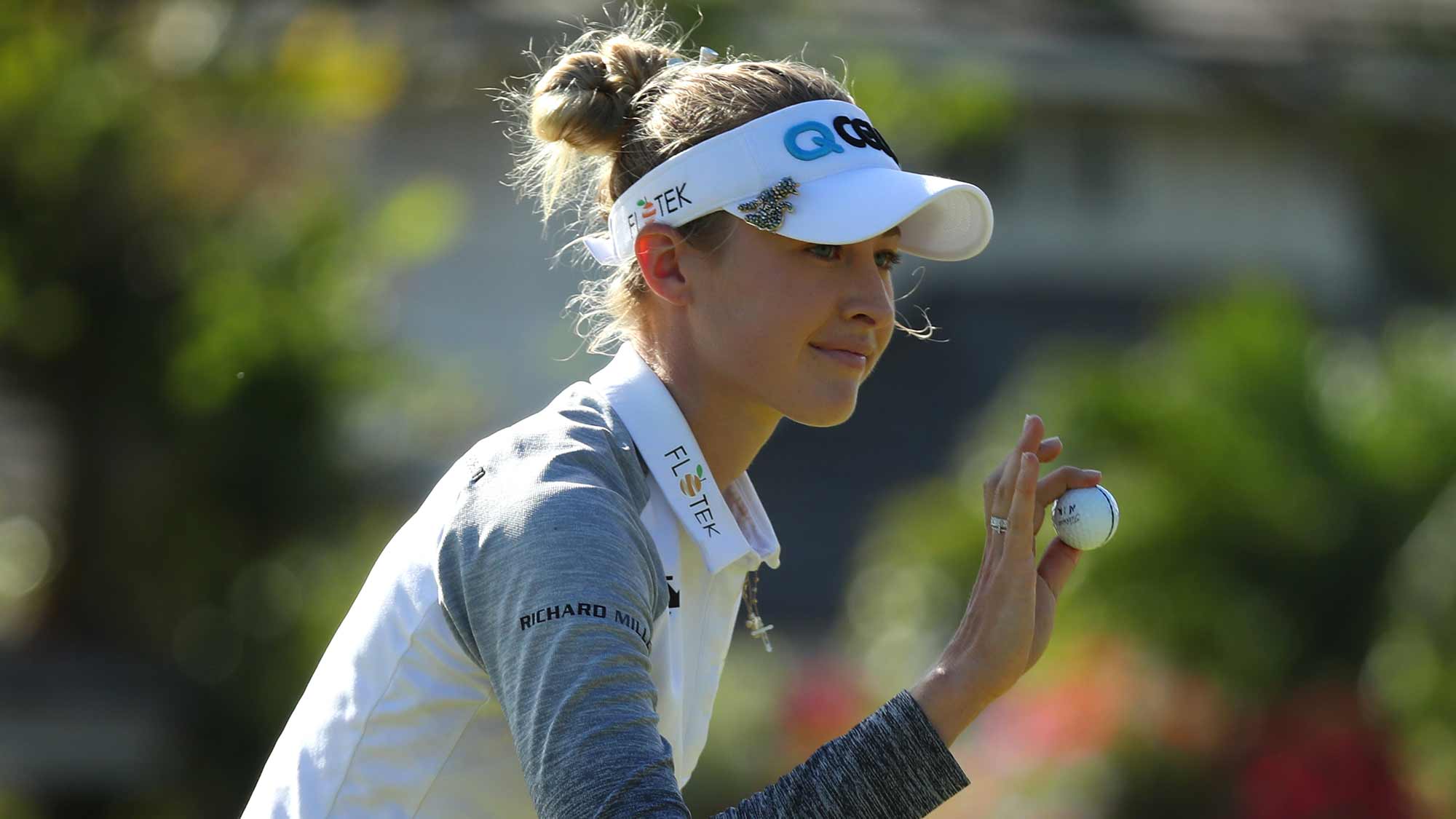 Nelly Korda shot 31 on the back nine to pull within a shot of the lead.

She’ll have a day-long stare-down with Nelly Korda, who put together a back-nine run that gave the appearance of a two-woman showdown for the final 18 holes.

Korda overcame a double-bogey on her front nine with five birdies coming home that translated into a six-under par 66 that got her to 15-under par, a shot behind overnight leader Kim.  Kim, who shot 68, and Korda, have separated themselves from the rest of the contenders.  Closest to them is Caroline Masson at 12-under par.

There’s a lot on the line with $1,500,000 going to the winner on Sunday afternoon at Tiburon Golf Club and the way they’ve played, it figures to be either Kim or Korda with all the money at the end of the day.

Charlie Hull will start five back after her 66, she’s in at 11-under.  World’s No. 1, Jin Young Ko headed a group of four at 10-under, including Nelly’s older sister Jessica and Canadian star Brooke Henderson.

Lexi Thompson’s 70 left her a full seven off the lead in her attempt to defend her title.