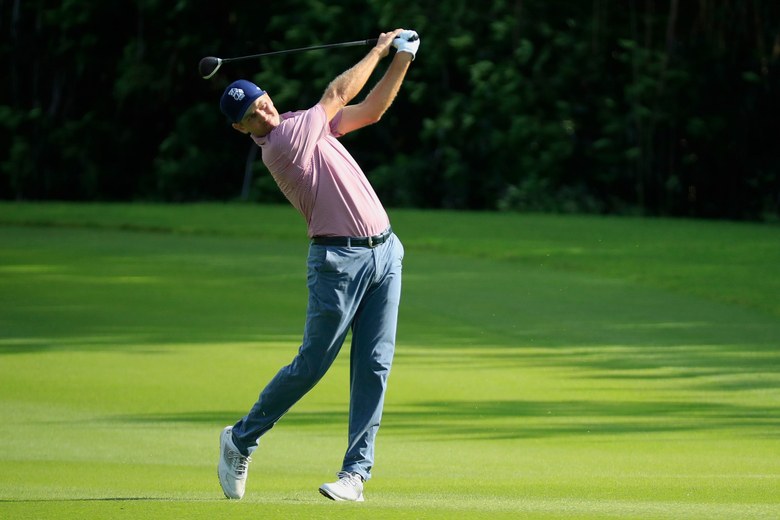 The last time a PGA Tour player won three straight events, it was Tiger Woods in 2006.

The trifecta is rare, it took the best player of the past two decades to do it and it hasn’t been done in 13 years.

Brendon Todd will have his chance at the feat come Sunday at Sea Island.

Todd blistered the Sea Side course on Saturday with an eight-under par 62.  He rode a hot putter, as he has in his last two victories.  He’s alone at 18-under and will play in the final pairing with veteran Webb Simpson on Sunday.  Simpson shot 63 and is tied with Sebastian Munoz (66), winner earlier this fall at Sanderson Farms.

D.J. Trahan, who is trying to revive his career, will start the final 18l just three back after shooting 67.

The weather is predicted to turn cool and windy for Sunday and Todd says that’s fine.  “Cooler temperatures and win suits me just fine,” said Todd, who is obviously brimming with confidence after wins in Bermuda and Mayakoba.