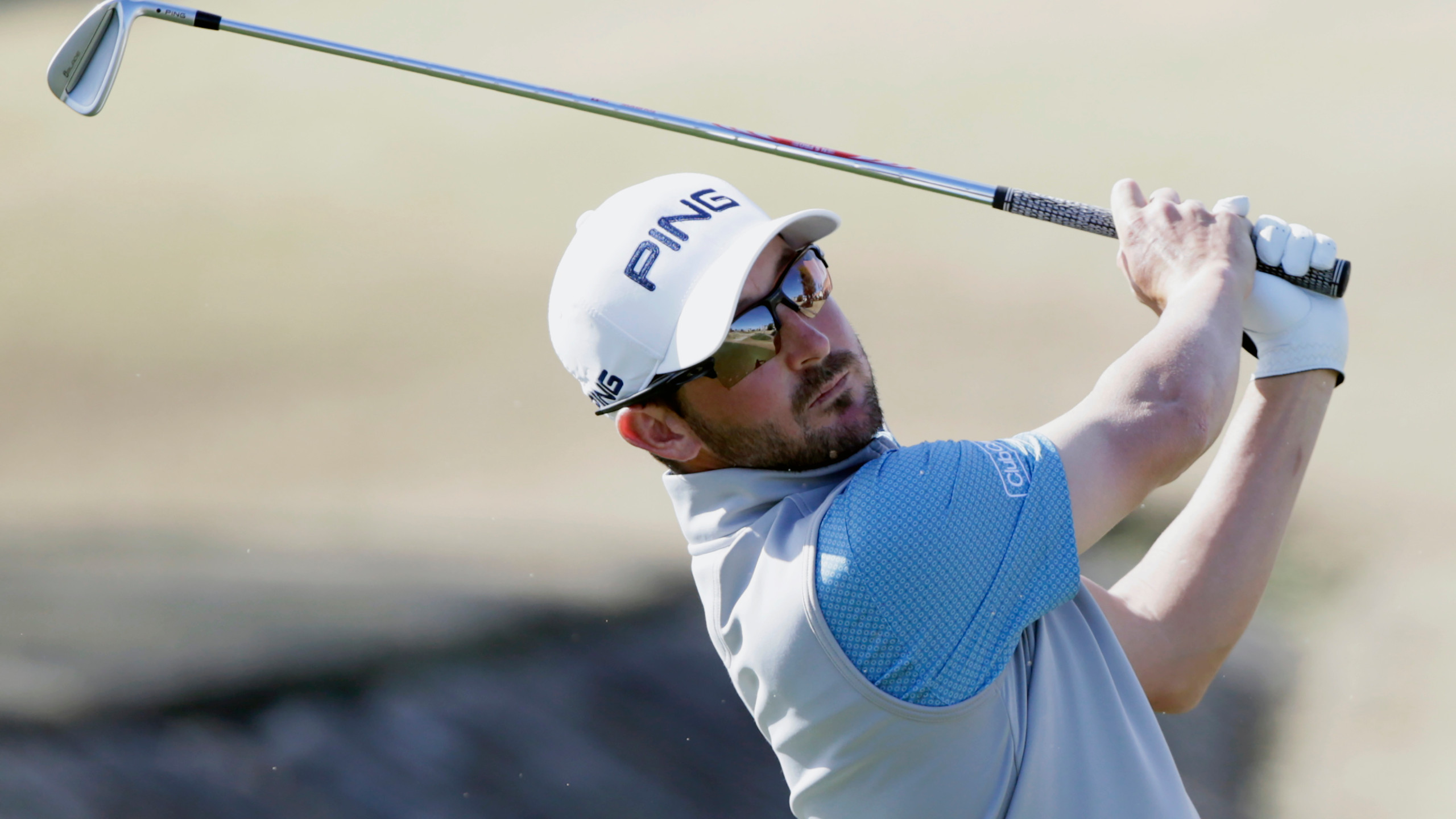 Andrew Landry picked himself up and won with a birdie-birdie finish.

Landry Faltered Then Pulled Himself Up For Hard-Earned Win

Andrew Landry was absolutely running away with the American Express Championship on a sunny Palm Springs Sunday.

Runaway wins on the PGA Tour are reserved for those rare occasions when a Tiger Woods or a Rory McIlroy get it going in high-gear and win by a bunch.

That wasn’t going to happen for Landry, not even when he started his back nine at PGA West Stadium with birdies at 10, 11 and 12 to go a whopping 27-under with just six to play.

It was then, at that moment, that golf got him and reminded him that winning isn’t easy.

Surely he’d rebound at the par five 16th but there he had it just outside seven feet for birdie and that putter that made so many, missed again and things were looking pretty glum for Andy with a couple of water-covered holes to play.

Up ahead, Abraham Ancer posted a course-record-tying 63 and was in at 24-under, now tied with Landry.  Abe headed for the putting green to wait, hopeful that a playoff was on the horizon.

As fast as he fell, Landry picked himself up with a beauty into the 17th, an island green.  He stuck his tee shot within seven feet and his putter was his friend again, he made it to go 25-under and headed to 18 to face that tough tee shot with water guarding the entire hole left.  He took virtually no time, maybe 15 seconds and started his drive down the left and cut it back to the center of the fairway — gutsy shot.

His final approach was a wonderful wedge to seven feet, once again, and of course he’d hole that with all the pressure behind him.

“It feels great,” he said with PGA Tour win No. 2 in hand.  “It’s hard when you have a big lead because then you kind of start playing a little defensive,” he continued, “and instead of playing defensive you need to be playing more aggressively and just keep hitting the shots that you need to hit.”

After a 65-64 start, Rickie Fowler couldn’t solve the puzzle at the Stadium course and rounds of 70-71 dropped him all the way to a tie for 10th.

They call him “The Mechanic”  some call him The World’s Most Interesting Man.

What you can call Miguel-Angel Jimenez is the first winner of the 2020 Champions Tour season.

Jimenez, Fast Freddie Couples and Ernie The Big Easy Els tied at 14-under after 54-holes.

Els was looking for victory in his first appearance on the senior circuit.

In the playoff, Couples bowed out with a bogey at the par four 18th while Jimenez and Els both narrowly missed birdie putts.

The second time down, Jimenez made birdie to pick up his ninth Champions Tour victory.

“Played well every year here and it’s nice to have a second win,” said Jimenez, who won this event in 2015 and has now won in each of his first seven seasons on the Champions Tour.

“Disappointing, obviously,” Els said. “I would have loved to got it through, but I had a couple of chances, didn’t quite get the right speed or the right line, but all good. Congrats to Miguel.”  Els found the putting stroke that he’s been missing as he’s moved out of his 40s.  He switched to a heavier putter for the final round and shot 65.