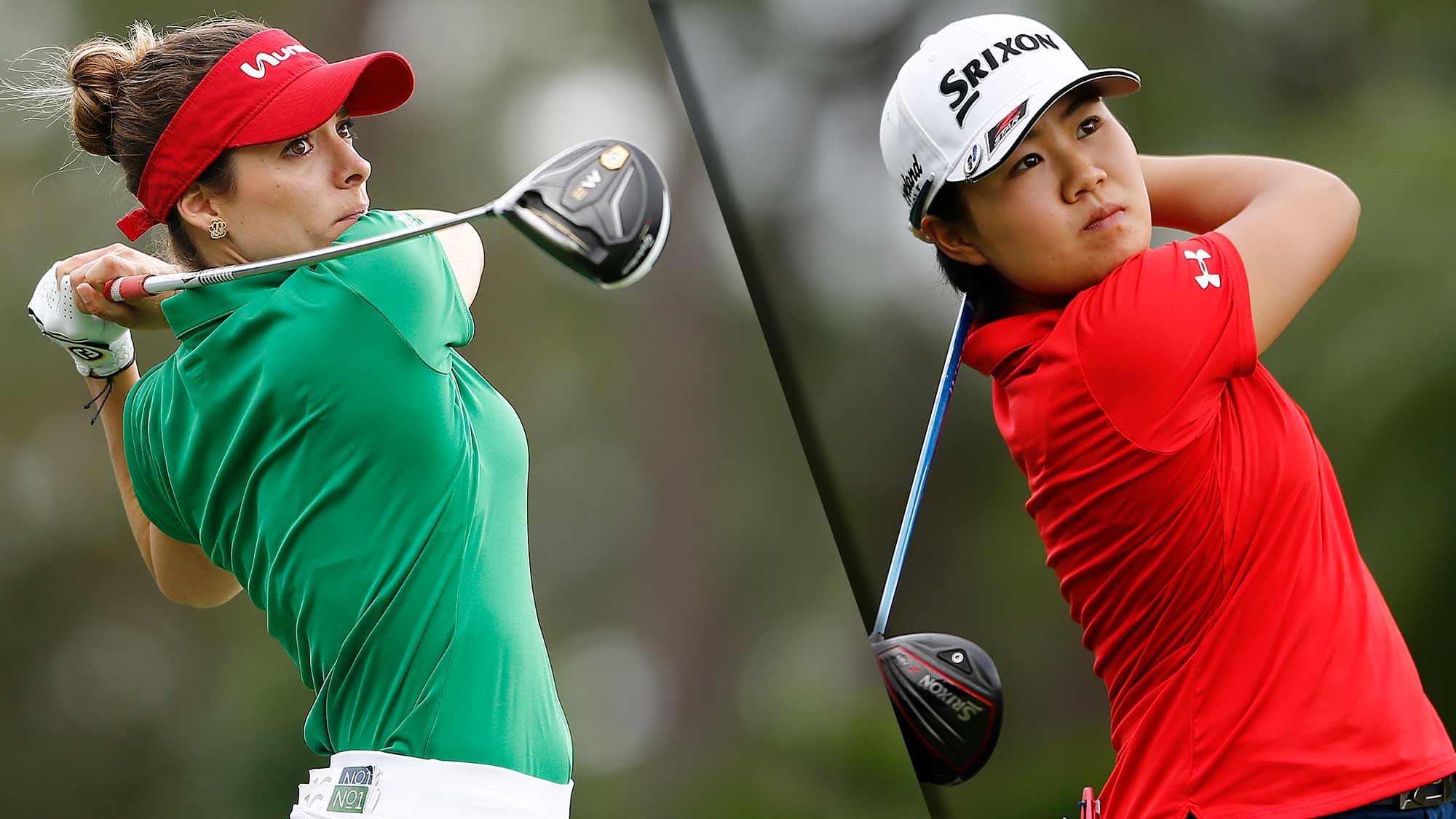 Sometimes the LPGA Tour can’t get out of its own way.

How about a never-ending playoff?

Sunday at Tranquilo Golf Club there in Orlando looked like it would never end, in fact it didn’t.

Late in the afternoon, Hall of Famer Inbee Park found herself tied up with Nasa Hataoka and Gabby Lopez after 72 holes of toil at the LPGA Tour’s Tournament of Champions.

The three tied at 13-under par.

Lopez shot 66 at got there with a miracle birdie on the 18th, a 220-yard par three over water.  Lopez made the only birdie of the day there meaning that the playoff could take a while.

Hataoka’s 68 earned her a spot while Park will know that an off day and a 71 cost her an outright 20th win.

Back to the playoff.

Two trips down 18 produced no birdies, to no one’s surprise.  The surprise came on the third trip down 18 when Park pulled her tee shot left, into the water.  She was out, leaving Hataoka and Lopez to battle for the win.

There was a fourth then a fifth playing of the ridiculously difficult hole.  Pars, no birdies and no daylight left.

As tough as the hole was playing — it could have lasted another nine holes.

Lopez and Hataoka came back Monday morning.  The temperature dropped from the 70s on Sunday to the mid-40s on Monday.

The sixth playoff  hole was more of the same — a great up-and-down by Nasa for par, a two-putt by Lopez for par from 24 feet.

Once again, it was Lopez and he three-rescue vs. Hataoka and her four-rescue for a seventh go-round.

Lopez hit a nice one that settled 22 feet from the cup.  Hataoka countered with a gem — her shot carried deeper into the green, caught the contour and finished just 10 feet for birdie.  Huge advantage to the world’s No. 6, big pressure for Lopez, ranked 56th.

Then came the stunner.  Lopez hit a perfect putt that dropped for birdie.  After a lengthy study, Hataoka hit a miserable pull that never had a chance — it was over, finally.  The seven holes tied for fourth-longest playoff in LPGA history.

“I was mentally prepared for the last 24 hours,” she said, all smiles.  “I was lucky to have a good look at it,” she said of that clutch, winning putt.

In the end, there were only six birdies all week on that brute of a par three.

Three of them belonged to Gabby Lopez.