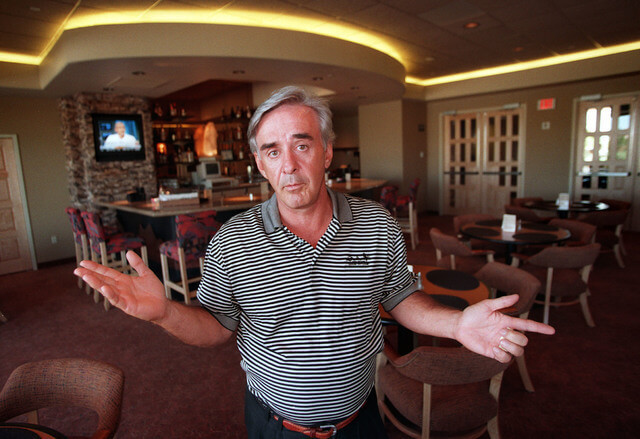 Lefty And Vegas — A Match Made In Betting Heaven

It’s become common knowledge over the years that Lefty can resist the old gambling bug.

So it makes perfect sense that he shows up in Las Vegas this week to play, and maybe do some gambling.

Mickelson got off to a great start Thursday with an opening 65  at TPC Summerlin, site of the Shriners Hospitals For Children Championship.  No, it’s not an “Open.”  You have to have some sort or status or a sponsor’s exemption to play.

One person who is not in Vegas these days is the notorious Billy Walters, who was Mickelson’s go-to guy for bets and eventually, insider information for the stock market.

Walters is in jail, Lefty’s still roaming the fairways as the PGA Tour basically looks the other way anytime Mickelson’s gambling habits come to the limelight.

But Lefty was in good spirits Thursday after that 65.  Why not, he probably headed for the sports books later to drop some huge money on who might win the Super Bowl.

After his sloppy play last week where he missed the 36-hole cut at The Safeway, Lefty was gushing over his progress.

“I mean, that would be the logical conclusion if you look at the last six months, but you have to throw that out,” he said. “I’ve had an awful six months on and off the course, but things are great now, and I’m excited to play good golf. It takes a lot less energy, stress to perform well.”

Lefty’s gotten more attention for his weight loss than his play but he turned things around, at least for the first 18 holes.

He says that eating less has actually increased his stamina.

“I find the more I eat, the more lethargic I get,” he explained. “It’s helped create a little bit better focus to finish the rounds off, so it’s been a big part of it. But more than that, it just allows me to be my best and practice a little bit harder.”

So with a good round in the books, the question will remain — can Mickelson put four good rounds together.