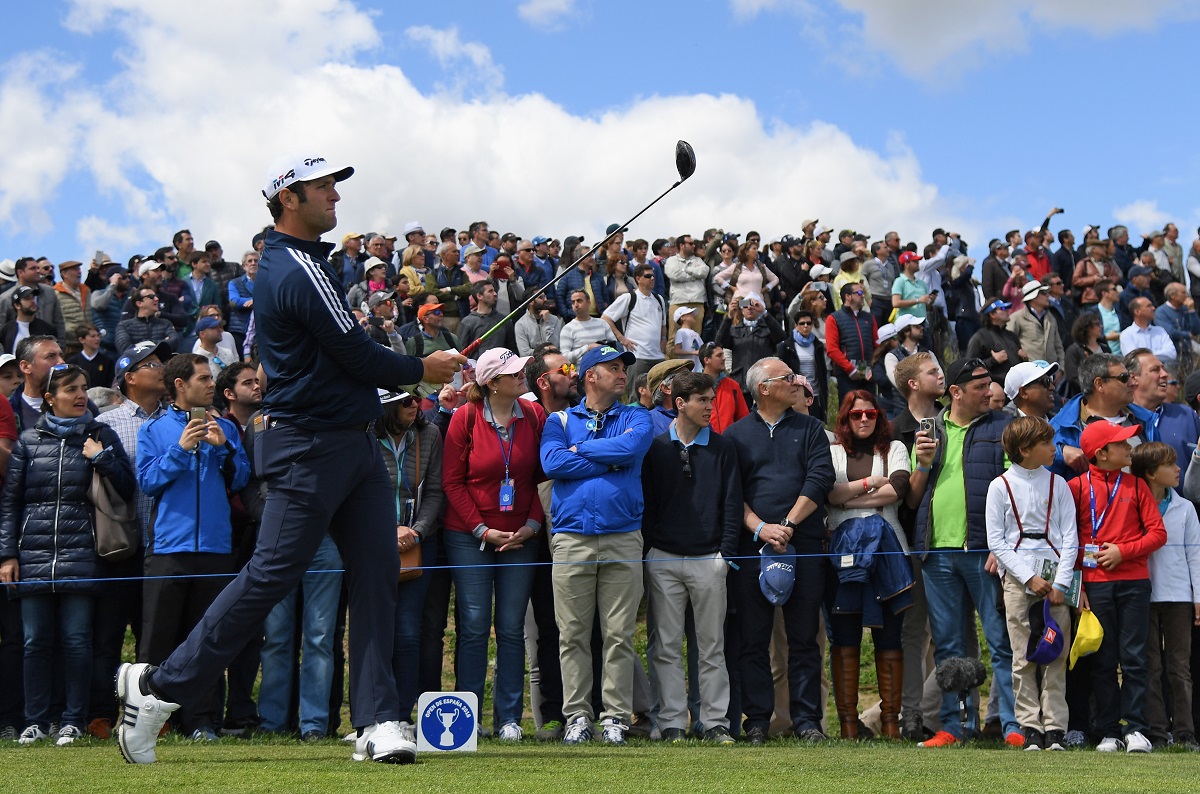 Jon Rahm will bring out big crowds in Madrid.

Jon Rahm is back on home soil and he didn’t waste any time getting right into the hunt at the Open de Espana.

Rahm worked his way around the Club de Campo outside Madrid and posted an opening 66 on Thursday, five-under par.  That put him within three of surprise leader Kristian Johannessen from Norway.

”It’s a tough golf course,” Rahm said. ”You need to drive it well and I did. The reason why I missed so many putts was because I was really trying to get the pace of the greens. It was so fast.”  Rahm is this week’s defending champion and is looking for his fifth European Tour victory.

Johannessen didn’t have any problems with the green speeds on his way to that 63.  It was a good round,” Johannessen said. ”I didn’t hit it perfectly but hit it in the right spots, even when I missed, and I holed some good putts. I’m out there having fun and playing smart. It’s a tricky course  — I just need to keep cool and play my own game.”

Sergio Garcia put up a first round 69.

Garcia had three birdies and a bogey in his round that left him tied for 30th.  ”I hit it well, but in the afternoon it was complicated,” Garcia said. ”It was difficult to predict how the ball would react on the greens. Some areas were hard and others soft.”