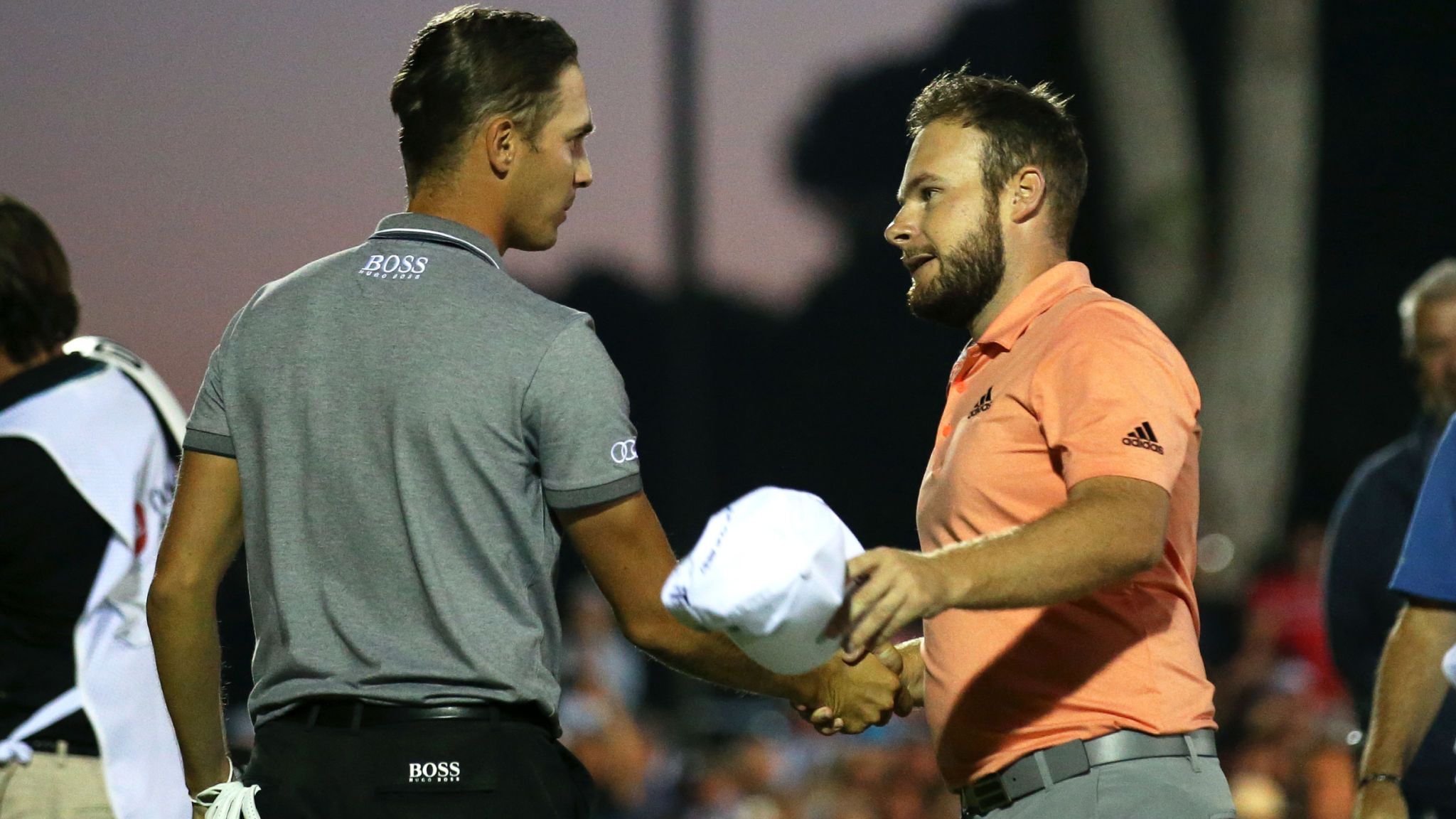 Tyrrell Hatton won when Matthias Schwab missed from three feet in a playoff.

Lights On, Lights Out — Hatton Edges Schwab In Turkish Playoff

Things got a bit crazy late Sunday evening at the Montgomerie Maxx Golf Club in Turkey.

The Turkish Airlines Open title was on the line but more important, thanks to Rolex, there was $2,000,000 up for grabs for the winner — richest prize ever at a European Tour event.

As regulation play drew to a close, there was a mad scramble going on and by time things ended — there were six — count ’em six — players tied at 20-under par.

The European Tour didn’t want to send out a six-some so they divided the contenders into two threesomes.

Only problem was that the sun was going down.  Not to worry, the Montgomerie Maxx features lights for night play — no worries.  On with the lights, on with the playoff.

The first go-round down the par five 18th eliminated Hebert, Van Rooyen and Perez.  They failed to make birdies.  Kitayama, Hatton and Schwab went on.

Kitayama bowed out the second time down the 18th after he made par and saw Hatton and Schwab make birdie.

Then came the drama.

Hatton is one of the biggest whiners in golf.  He complains after nearly every shot — good or bad.  He was forced to layup then his third left him a 10-footer for birdie.  Schwab, on the other hand, hit his second over the green and all he needed was a nifty up-and-down to win his first European Tour event.  His third had too much pace and left him 15 feet away no the fringe. His fourth went three feet past the cup and he was forced to watch as Hatton lined up what would be the winning birdie putt.

Alas, Hatton missed and it was followed by massive whining from the Englishman.  He tapped in for par then watched as Schwab proceeded to choke his three-footer.

“This surreal, I actually can’t believe I’ve won,” said Hatton, who shot a closing 67 to get in the playoff. “It’s been quite a difficult year off the course, but the last month I feel like I’ve really found my game again. I’ve been saying to a few people on my team that if I was lucky enough to win again, I would definitely savor the moment. Golf is great when it is going well, but when it isn’t, it kind of hits home. So I’m thrilled. I’m just so happy.”

Hatton picked up his fourth career European Tour victory. At the end of this month he will undergo surgery on the wrist injury that has bothered him since the 2017 Masters.

“I know it’s not normal to feel excited about an operation, but it’s such a relief to get to the bottom of what has been a very worrying problem,” Hatton said. “I’ve had three steroid injections that basically lasted six months each time, but that couldn’t go on and so since July I’ve been seeing the tour doctors just to see what I can take to get me through each round.”

The season wraps up in two weeks in Dubai after this week’s Nedbank Challenge.