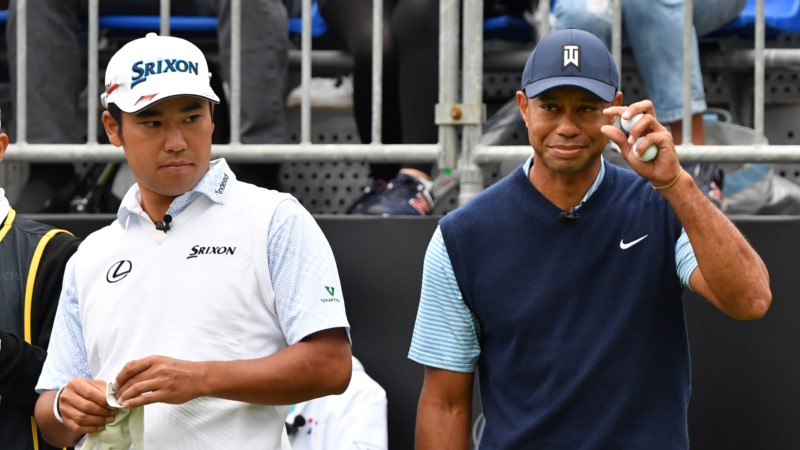 Hideki Matsuyama has a tight friendship with Tiger Woods.

Hideki Matsuyama is the most popular, the most recognized sports figure in Japan and all of Asia.

So what’s that worth to the Lamest Commissioner In The Land (aka Greg Norman) and his Infidel-funded LIV circus?

That’s the number that was reportedly thrown at Matsuyama in attempt to wrestle him away from the PGA Tour — twice what was paid to lead defector Phil Mickelson.

There are a number of potential reasons why the big one got away from The Infidels (for now).

First, Hideki has an important title defense on tap next month at the ZOZO Championship in his home country.

Second, Hideki has a tight friendship with Tiger Woods, co-Defender Of The Faith with Rory McIlroy.

Third, Hideki made a boat-load of money after his Masters win.

And finally, Hideki may have decided that he wants to add to his PGA Tour legacy.

And while the Hideki Hunt failed, four of his countrymen apparently have gotten the boot by the Infidel-Funded Circus Exhibition.

Japanese players Jinichiro Kozuma, Ryosuke Kinoshita, Hideto Tanihara and Yuki Inamori are gone from the LIV roster.  They are not alone, apparently Hennie Du Plessis,
Justin Harding, David Puig and Travis Smyth have been shown the door as well.

Canadian Michael Gligic got off to a fast start Thursday at the Victoria National Golf Club with an eight-under par 64 that gave him the day one lead at the Korn Ferry’s Tour Championship.

Gligic had nine birdies on the day offset by a single bogey.  After finishing 146th on the season-ending FedEx points list, he has a leg-up on trying to regain his Tour card for the 2022-23 season.

Two shots behind Gligic with 66s were Brent Grant, Justin Suh, Carl Yuan, Tano Goya, Eric Cole and Will Gordon.  Suh and Yuan already earned their Tour cards by finishing in the regular season top 25 on the Korn Ferry Tour.