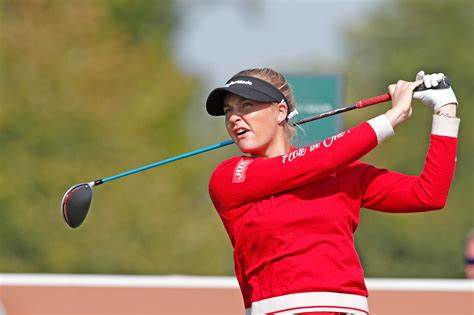 While Greg Norman tries his best to pump life into the proposed Premier Golf League, the money-laden Saudis already women’s professional golf in their grasp.

It wasn’t that bally-hood but there’s this Aramco Team Series in play that is already throwing money at some of the best women’s players — including former world No. 1 Nelly Korda.

Here’s how the series describes itself:

“The Aramco Team Series is the first team event series of its kind on any professional tour.  Taking place across three continents, the tournaments will see the world’s best players team up with an amateur golfers to compete for a $1m prize fund.

Using a unique draft system, team captains will pick one pro teammate, before being allocated a third via a random draw. Completing each team will be one amateur golfer. As well as competing for the team trophy, the professionals will also vie for an individual title, offering Rolex Rankings and Solheim Cup ranking points, and will be part of the Race to Costa del Sol Official Rankings.”

Lo and behold, the events on this “series” are backed by the Saudi government’s Private Invest Fund, which just happens to be the same entity behind LIV Golf Investments.

Nest up is the Jeddah, Nov. 10-12 in Saudi Arabia, the second of back-to-back events there.

The women have had no qualms about playing for the Aramco money — they’re willing to turn a blind eye to the Saudi human rights abuses and well, since women are now allowed to have a drivers license in Saudi Arabia, well, why not play?  Money is money, even if it may be considered “dirty” by human rights standards.

The LPGA Tour season is two events from its 2021 wrap-up.

Next week marks the next-to-last event when the Tour heads to the Tampa Bay area for the Pelican Championship at the ritzy Pelican Golf Club in Bellaire.

A local golf-crazed family bought what was a public course, dumped some $32 million into it, got Masters Chairman Fred Ridley on board to help develop  it’s “operating manual” and just like that, an extraordinary private club was born.

The Pelican starts next week, Nov. 11 and will be followed by the CME Tour Championship in Naples.