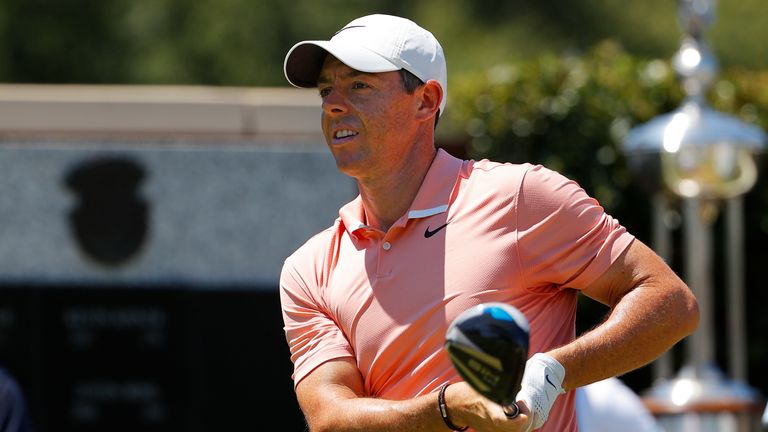 Rory McIlroy ruined his Sunday at Colonial with a 41 on the front nine.

Rory McIlroy, Jon Rahm, Brooks Koepka, Justin Thomas and Dustin Johnson are all in the field this week at Harbour Town Golf Links for the RSM Classic.

After their performances last week at Colonial Country Club, the knee-jerk reaction might be:  so what?

It was a less-than-stellar week in Fort Worth for the world’s top five-ranked players as the PGA Tour had a hugely successful return to action at the Charles Schwab Challenge.

World’s No. 1, McIlroy, was in position for a Sunday run but he tripped and fell out of the starting blocks and never recovered.  McIlroy hit a nice drive on the first hole, an easy par five but his second with a long iron looked almost like a shank.  It went so far right he was nearly off the golf course and out-of-bounds.  He had no shot at the green and ended up starting with a sloppy bogey.  By the time he made the turn, he had a head scratching, six-over par 41 on his front nine.

To McIlroy’s credit, he did come back to shoot two-under coming home but the damage was done early and he finished with 74.  He fell 23 spots and tied for 32nd with No. 3 Brooks Koepka.

McIlroy was in great position after 36-holes.  He shot 68-63 and a bogey at the 18th on Friday cost him a 62.  But a ho-hum 69 on Saturday followed by the ugly 74 on Sunday broke his streak of top five finishes.

Justin Thomas, ranked fourth, saved face for the group.  He closed with a 65 on Sunday and worked his way into a tie for 10th.

Dustin Johnson?  Well, D.J. looked totally uninspired on his way to a pair of 71s that sent him home early.

So four of the five are totally in need of a bounce-back this week at Harbour Town Golf Links, another course that calls for strategic shot-making as opposed to bomb-it and find-it.

Harold Varner III was the talk of the town after he held the solo lead at the halfway point of the Charles Schwab Challenge.  He opened with a dazzling 63 on Thursday to hold a piece of the lead with Justin Rose then followed it up with an amazing 66 on Friday.  Varner shot that 66 despite an opening triple-bogey seven on the 10th hole at Colonial Country Club.  His 129 total gave him the solo 36-hole lead, the first-ever of his career.

He cooled off over the weekend, struggling to find the birdies that seemingly came easy the first two days.  He shot 70 on Saturday and was still in position to challenge.  He started with a birdie on the first hole Sunday to get to 12-under and in a position to challenge for his first win.  But that would be his only birdie of the day.  He closed with a two-over par 72 that dropped him into a tie  for 19th.

Varner will be in the field this week at Harbour Town.