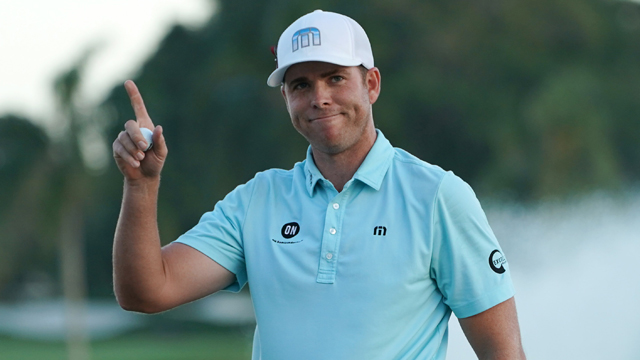 Luke List won the Korn Ferry Challenge by a shot on Sunday.

The PGA Tour came back to us — safely.

The Tour’s detailed safety protocols worked quite well.  There were no positive tests for COVID-19 after all the players and caddies at the Charles Schwab Challenge were tested.

There were no fans, limited people allowed on the course and the television-only production drew record ratings.

“I’ve heard from some of my peers, and I think as I mentioned as we go forward, we will share everything that we’ve learned and how we’re applying our protocols, and I would imagine some of those calls will happen over the next several days,” Monahan said.

Before play began on Thursday, the Tour administered 487 in-market COVID-19 tests without a single positive result. All players who planned to travel to this week’s event at Hilton Head on the Tour’s charter plane flight were tested on Saturday (Monahan said those test results have not been returned).

“I know there’s a lot of people that are watching us, and hopefully they’re proud of what’s been done here,” Monahan said.

Luke List was one of those guys who was supposed to come out and make his mark on the PGA Tour.

Hasn’t happened as of yet.

List’s 2019-20 season hasn’t been anything to talk about.  He’s 124th in FedExCup points, and didn’t qualify for the field at Colonial.

List, ranked 136 in the world, wasn’t even guaranteed to have a spot in the return Korn Ferry Challenge  until last week.

List found out he can win on the “junior-varsity level.”

List shot 65-67 over the weekend on the par 70 Dye Valley course at TPC Sawgrass and won by a shot over Shad Tuten and Joe Bramlett.

“We’ve been working on making him more complete,” said Jamie Mulligan, List’s swing coach.  “He’s always been known as a basher, and he’s so polished now where winning on a course like this is indicative of that.”

Justin Rose and his wife, Kate, have reached into their deep pockets to help ladies professional golf in the U.K.

Charley Hull, Bronte Law and Laura Davies are among players who have entered the series.

Originally, seven events were announced in the series, with an eighth event since added.

The first event is scheduled for this Thursday at Brockenhurst Manor Golf Club in Hampshire.

“I am so delighted that American Golf has decided to join forces with me and Kate in support of the women’s game,” Rose said. “They contacted us to see how they could help support the Rose Ladies Series, and we cannot thank them enough.”