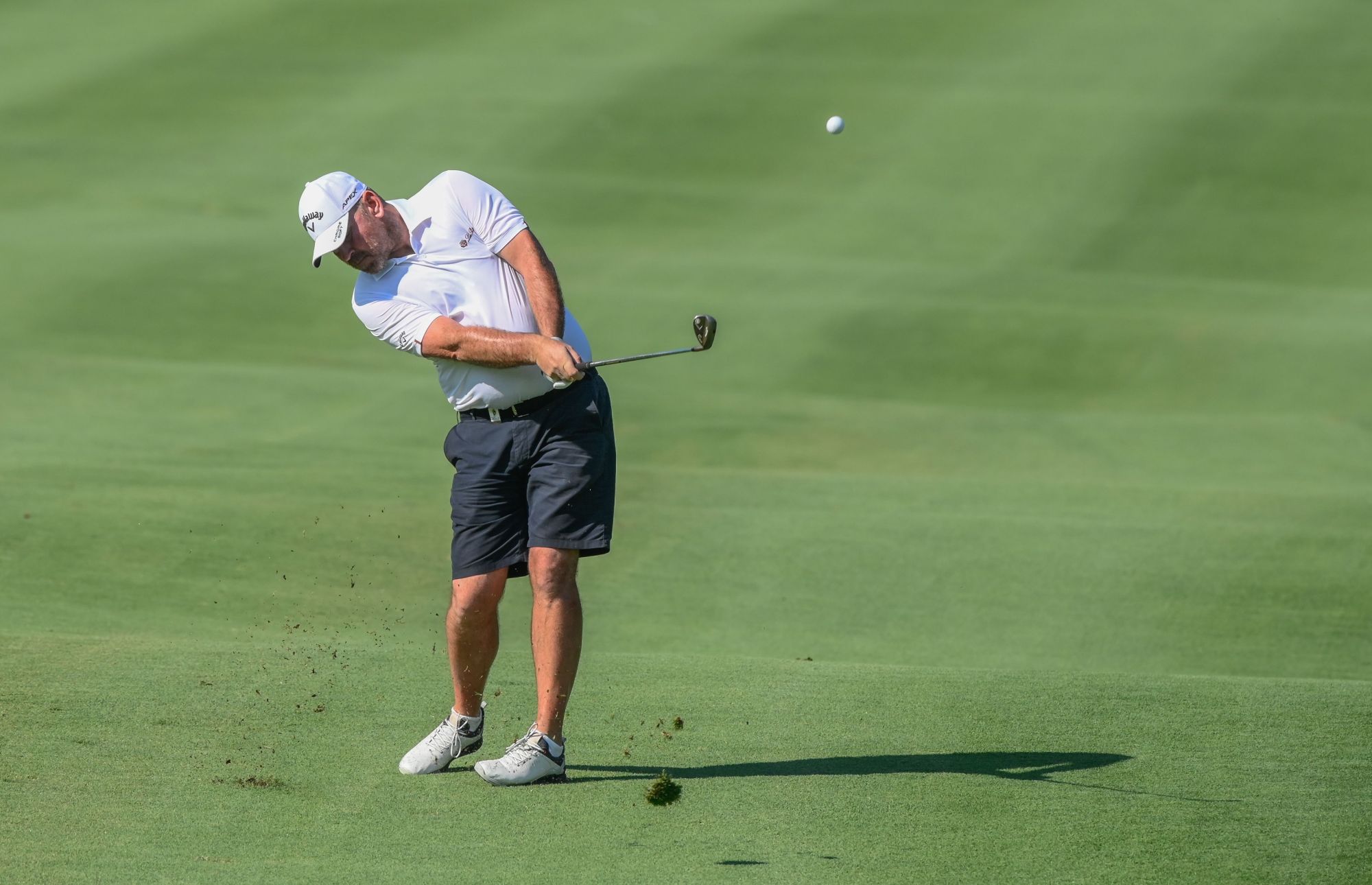 Thomas Bjorn and the rest of the field wore shots to beat the 104-degree temps.

It may be cold in many parts of the U.S. this week but it’s summertime in South Africa and things are really heating up at the Alfred Dunhill Championship at Leopard Creek.

The temperatures pushed well past 100 degrees on Thursday and again on Friday and for the first time in its history, the European Tour allowed its players to wear shorts.

“We felt that in this situation it was a good move,” said tournament director David Williams. “The temperatures will increase as the week goes on, which is uncomfortable and could be a health issue for the players.  A lot of players were concerned about it. In these temperatures it can be pretty uncomfortable out there in trousers.”

In 2016, the European Tour allowed players to wear shorts for practice rounds and pro-ams but not tournament play. The PGA Tour and USGA brought in the same policy this year.

Four-time major winner Ernie Els said allowing shorts this week was “common sense” and hoped it wouldn’t be the last time in a tournament.

“It’s going to get up to 40 degrees (celsius)  here and it’s the right thing to do,” Els said. “It’s been talked about for so long on all of the tours around the world — I think this could be a game-changer for golf which could end up enhancing the product.”

When the PGA Tour announced in February it was allowing shorts for practice and pro-ams, it said it noted the opinions of leading players.

Asked for his view on allowing shorts, Tiger Woods said: “I would love it. We play in some of the hottest climates on the planet.”  Ditto for Rory McIlroy:  “It makes the guys a lot more comfortable. I don’t think there’s anything wrong with professional golfers showing the lower half of their leg.”

There are not a lot of recognizable names in this early season-opener, Els might be the biggest but after rounds of 74-73, Ernie won’t have to battle the heat on the weekend with the cut projected to come at one-over par.  Els was three-over.

Wil Besseling set the first-round pace with a seven-under par 65.