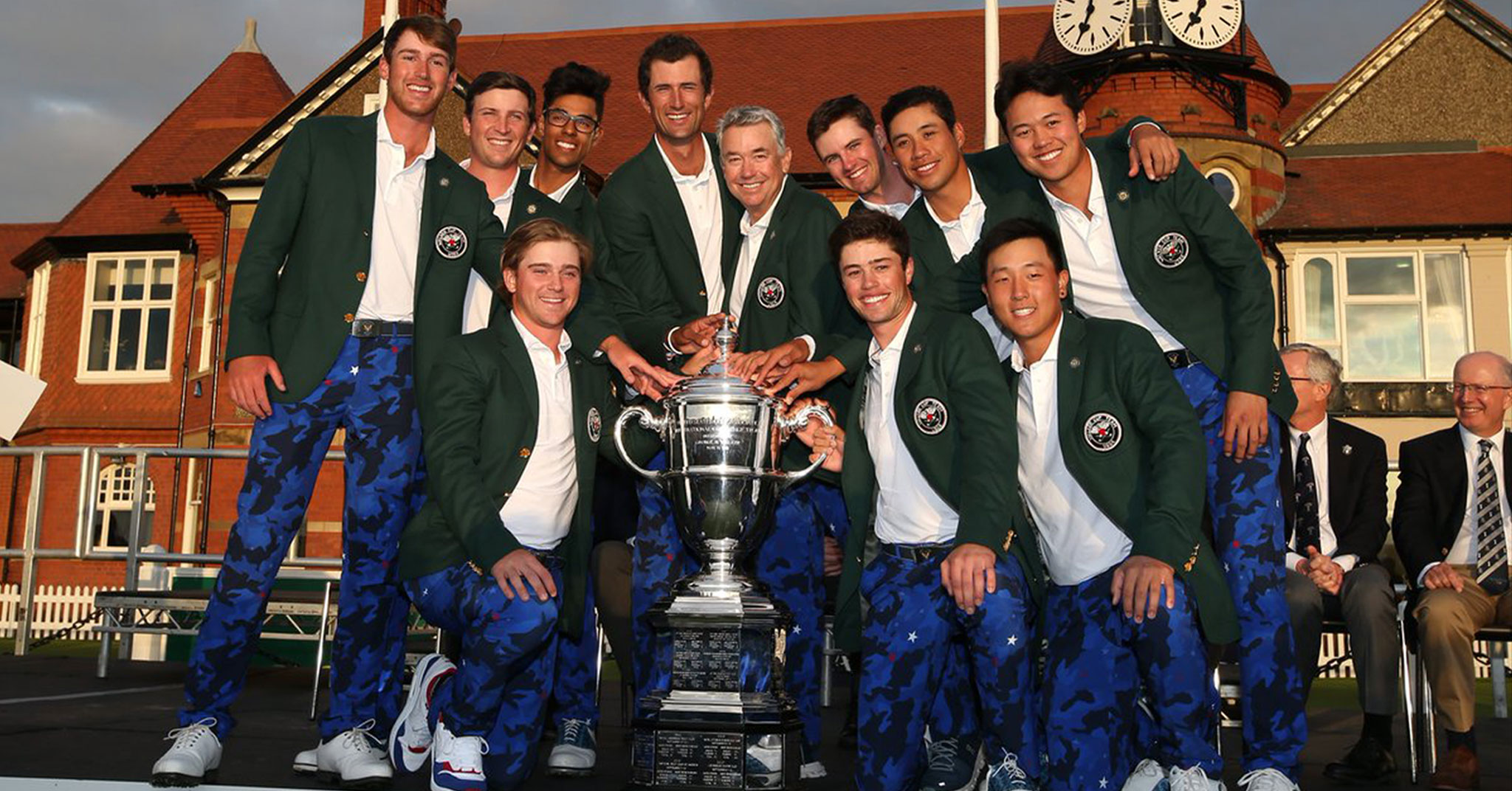 The U.S. Team came from behind on Sunday to win the 2019 Walker Cup.

Posted By: Tom Edringtonon: September 09, 2019In: In Other News...No Comments

Nathaniel Crosby remembers getting thrown under the bus at the 1983 Walker Cup matches.

He spent more time on the sidelines than in the game.

He kept that in mind when he decided this go-round, that every player on the 2019 U.S. team would get a lot of action.

Crosby made a point to play everyone at least three times. While not unanimously popular – even among some members of the team – Crosby’s plan was formulated before the matches even started.

“I was very comfortable with the whole philosophy that I went with,” Crosby said. “It might have had a little bit to do with the scar tissue from 36 years ago, but all 10 of these players had a tremendous two-year period of golf. Regardless of WAGR rankings or recent wins, everybody was qualified equally.”

The U.S. team went into Sunday’s singles trailing Great Britain and Ireland by two points.  The typical British weather failed to appear for the final round Sunday at Royal Liverpool and the U.S. team went out and dominated — winning eight of the 10 singles matches.

It was a milestone win, first time the U.S. got a win in Europe in 12 years.  The road trips have not been good to the Americans but that ended with the big win on Sunday.

Crosby said a few encouraging words, a little “kick in the butt,” as team members described it before the finals. But the team’s easy-going leader then turned the floor over to his players,  and they performed when they needed to.