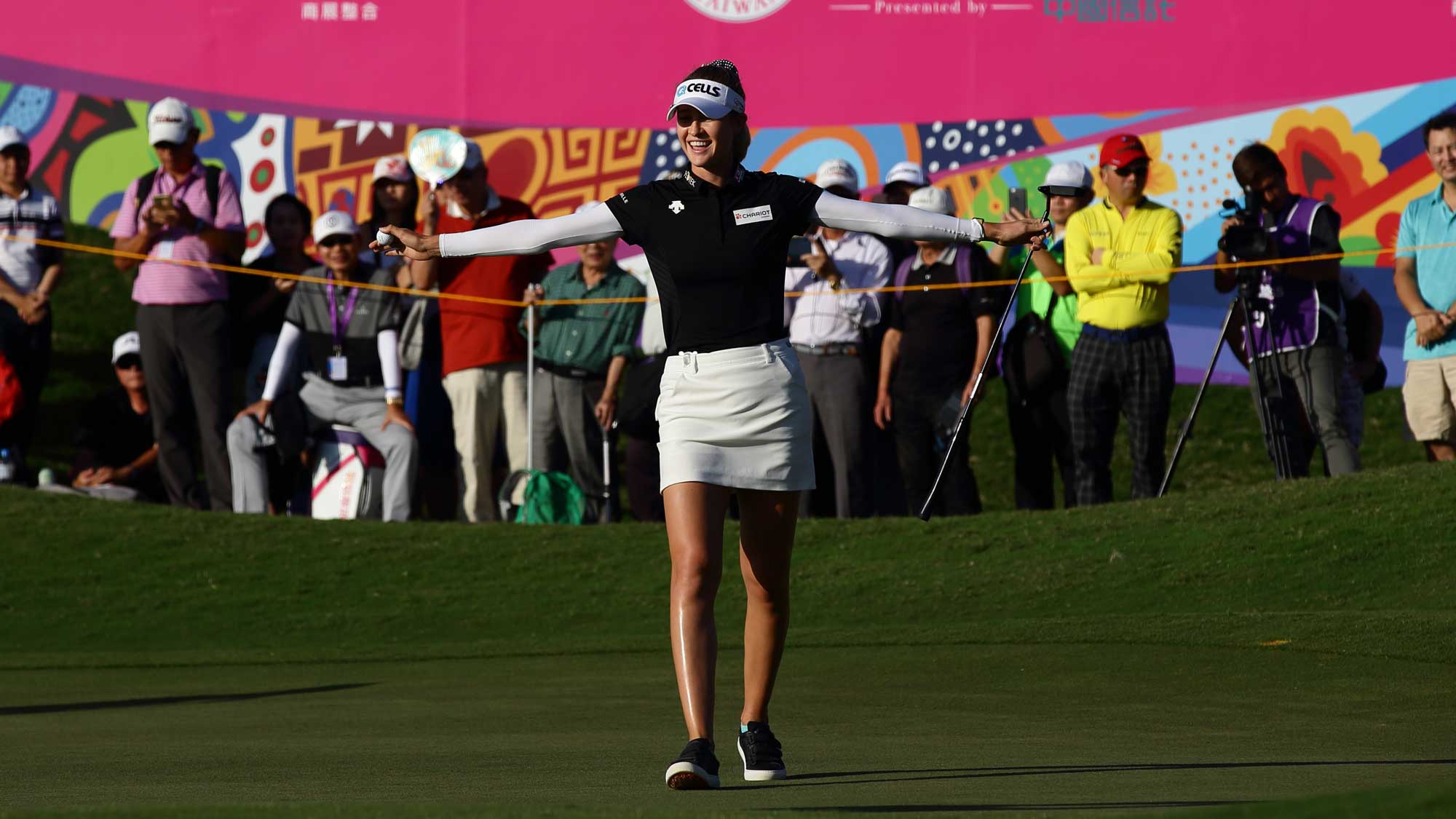 Nelly Korda came through with two birdies at the 18th to notch her third career victory.

Everyone’s familiar with that moniker but it came front and center Sunday down the stretch at the Swinging Skirts Championship in Taiwan.

Normally, when a tournament leader bogeys three of the last five holes of a final round, it typically means they blew it and someone else stepped into the winner’s circle.  But Nelly Korda survived that stretch disaster at Miramar Golf Club and found herself in unfamiliar territory — headed for a playoff with Caroline Masson.

Korda, who started the final day with a comfy three-shot lead, worked her way to 20-under par for the tournament with just six to play.  But three-putts and shaky shots saw her lose the lead all together.  Her bogey at the 17th saw Masson take a one-shot lead into the closing hole.  Korda came through with birdie and forced the playoff.

Korda made that birdie then another on the first playoff hole — another trip down 18.

“Very dramatic,” Korda said after notching her third career LPGA win.  “A little bit harder than I wanted it to be but I’m happy I got it done.”

She got it done with a nice five-hybrid second into the par five in the playoff.  “It was my first playoff.  I was really nervous.  I had a four-shot lead at one point.  I made a couple of three-putts on the back.  Then I was one back going into the last hole.  Jason (her caddie Jason McDede) gave me a little pep talk going from 17 to 18, win or get into a playoff, so he was definitely great today.”

The win moved Korda from ninth to fourth in the Race To The CME Globe with just two events left in the season.  In 19 events this year, she made 18 cuts, has two wins and nine other top 10s.