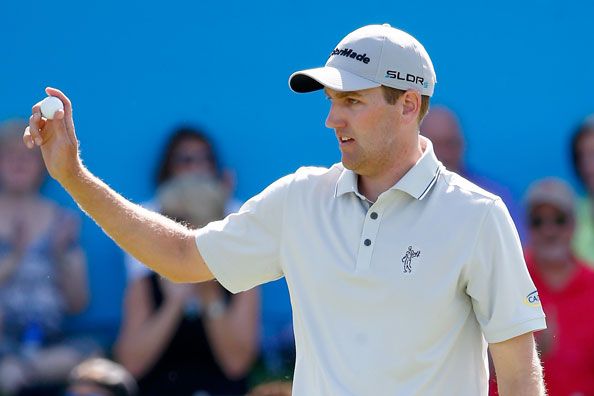 Brendan Todd Comes Back From Oblivion In Bermuda

The PGA Tour can take a player to the highest highs.

It can also take a man to the deepest of dark depths.

Brendan Todd won the 2014 Byron Nelson and later that season worked his way into the top 50 in the world rankings.  Success was in his lap.

“I was beat up.  Hitting a four-iron 50 yards right, out of play, every round and I did that for two years,” Todd recounted.  He battled his way on the Web.com Tour then the Korn Ferry.

“A year ago I wasn’t sure I’d keep playing,” Todd said.

But then something mysterious happened this week in Bermuda.  Todd came up with rounds of 68-63-67 at the Port Royal Golf Club and trailed 54-hole leader Harry Higgs but just two shots heading into the final day of the Bermuda Championship.

Once in a rare while, a player’s swing feels perfect, every shot comes off the way it’s supposed to, putts fall and time stands still.

Todd experienced just that with a run of seven straight birdies Sunday starting at the second hole.  He shot 29 on the front then added two more at the 10th and 11th.  He went from contending to blowing the field away and, in the process, the 59-watch was on.

Another birdie at the 15th got Todd to 10-under.  He needed just two birdies over his final three holes to shoot 59.  But after going par-par at 16 and 17, he was content simply enjoy his walk down 18.  He pulled his approach then hit a substandard chip.  He needed two putts from 10 feet but that closing bogey for 62 and 24-under par took care of business in a big way.

Todd had come back from golf oblivion and re-discovered the winner’s circle.

“I’m overcome with emotion right now,” admitted the 34-year-old former University of Georgia golfer.  “This course, it fit my eye really well.  We had good weather so it felt easy today after playing it in the wind all week.  After I got the lead, I was able to relax and hit shots.”

Todd was surprised by the win.  “Not this fast,” was his estimate of when he might actually win again on tour.

But now order is restored to his life.  He has job security for another two season, a spot in the PGA Championship and a berth in The Players.

He’ll rise from his current ranking of 525.  The worst is behind him.