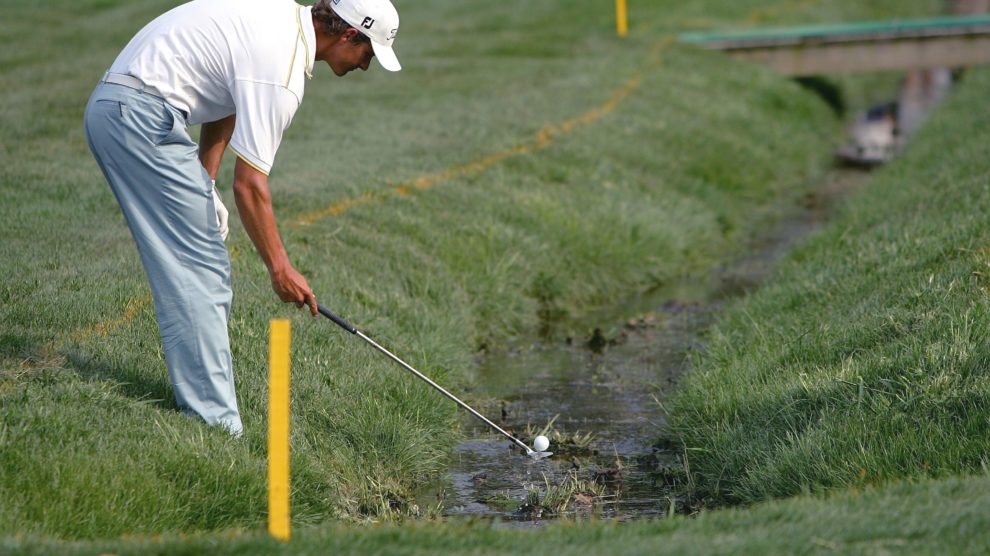 When you find trouble, take your medicine and limit the damage to your scorecard.

No Miracles — Learn To Limit The Damage When You Find Trouble

Posted By: Tom Edringtonon: February 21, 2020In: The Lesson TeeNo Comments

When you get in trouble during a round of golf — and we all do more often than not — it’s important to take your medicine and limit the damage.

We saw that practice on full display during last Sunday’s final round of the Genesis Invitational.

Rory McIlroy and Adam Scott were battling head-to-head when they reached the fifth hole at Riviera.  It was there that both world-class players made a big mistake.

Both missed the green long and left — into the gunch.

Rory McIlroy tried a low percentage bump shot into the bank,  hoping for a big bounce and roll-out.  His ball didn’t hit high enough on the bank of the green and next thing Rory knew, he was hitting his fourth shot from nearly the same location.  Obviously rattled, McIlroy proceeded to three-putt from 20 feet for a triple-bogey seven.

Scott tried a flop shot and it didn’t turn out well.  He was on in four but made sure he two-putted.  He made six to Rory’s seven.

Scott then bounced back with birdie at the par three sixth while McIlroy continued to shoot himself out of it with a bogey.  Three-over on two holes.

The lesson there was that Scott avoided the triple, collected himself to bounce back and set his path to victory.

McIlroy could have taken his medicine, accepted the fact that he was looking at bogey on five.  Instead, he tried a low percentage shot and it cost him.

So just remember that sometimes bogey is a good score.  Bogeys won’t kill you.  Triples will.

So when you find trouble,  don’t try and pull off the miracle recovery.  Take your medicine.

Your scorecard will thank you.