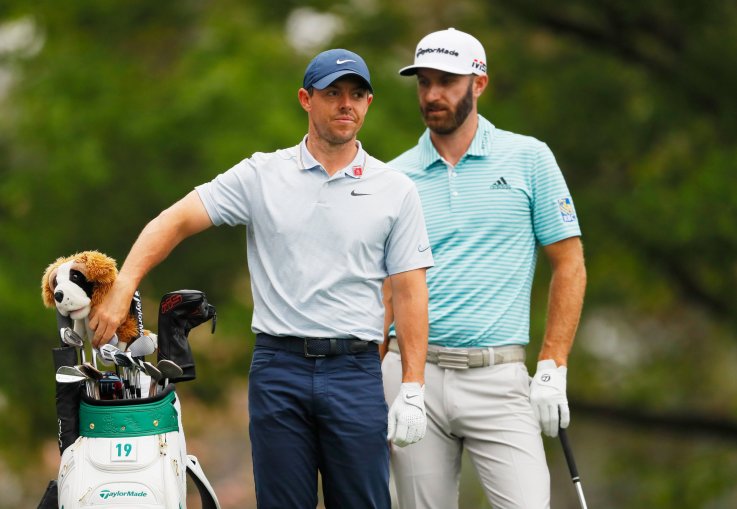 Hello Mexico — Can D.J. Out-Gun Rory This Time Around?

So now the big guys head down to Mexico where the PGA Tour basically allowed the Grupo Salinas media conglomerate to swipe the WGC event from Doral and ship it down south of the border.

Money talks, especially when the PGA Tour is listening.

This is one of those free money, no-cut, guaranteed world points deals that pay out around $10.5 million — make sure its American dollars, the PGA Tour boys have no desire to get paid in Mexican pesos.

This week’s winner takes home $1,890,000.  That’s good enough to get world’s No. 1 Rory McIlroy down there at the Club de Golf Chapultepec outside Mexico City where the altitude goes higher than  7,000 feet and Rory might have scale back on his tee shots to keep them from leaving earth’s atmosphere.

Last year it turned out to be a two-man battle between Rory and Dustin Johnson.  They left the rest behind — imagine that, two mega-bombers driving it out-of-sight at altitude.  Rory opened with 63, D.J. 64.  Rory’s 70 on day two proved a major setback.  D.J.  countered that with 67 that shot a pair of 66s over the weekend  to Rory’s 68-67.

Things might be a bit different down there this go-round.

No one in the world of golf is playing better than McIlroy.

Things might have been a bit different last week had it not been for the now infamous Fiasco At Five,  that happened when CBS wasn’t looking.  Jim Nance, Nick Faldo and the gang were on that 15-minute coffee break, a gap in the coverage when the Golf Channel leaves to turn things over to CBS.

Rory made triple there at Riviera’s fifth, a shot worse than eventual winner Adam Scott’s double.  Rory’s problem was that he followed up that triple with a bogey at six.  Which shows that some really bad things have to happen to Rory these days to give everyone else a shot at winning.

If you want to consider who might step into the winner’s circle come Sunday, there are a few things to consider.

First, D.J. hasn’t been driving the ball as well as he was this time last year.  He’s switched over to TaylorMade’s new SIM driver and he apparently hasn’t gotten totally comfortable with it.  D.J. tied for 32nd at Pebble Beach but was better last week at Riviera and managed to sneak into a tie for 10th.

The guy who may be making the biggest run at McIlroy is certainly Jon Rahm.  Rahm has moved up to No. 3 in the world and is a strong showing away from overtaking Brooks Koepka at No.  2.

So just because Tiger Woods is back home working on his 44-year-old body, there’s no reason to think it can’t be a shoot-out down there in Mexico City.

If Rory, Rahm-bo or D.J.  aren’t up to it, there’s Justin Thomas and a bunch of hungry guys from the European Tour.

There hasn’t been a European Tour event the past two weeks.  Those boys are hungry and they need a payday.

And the hombres at Grupo Salinas has a lot of dough waiting for them.