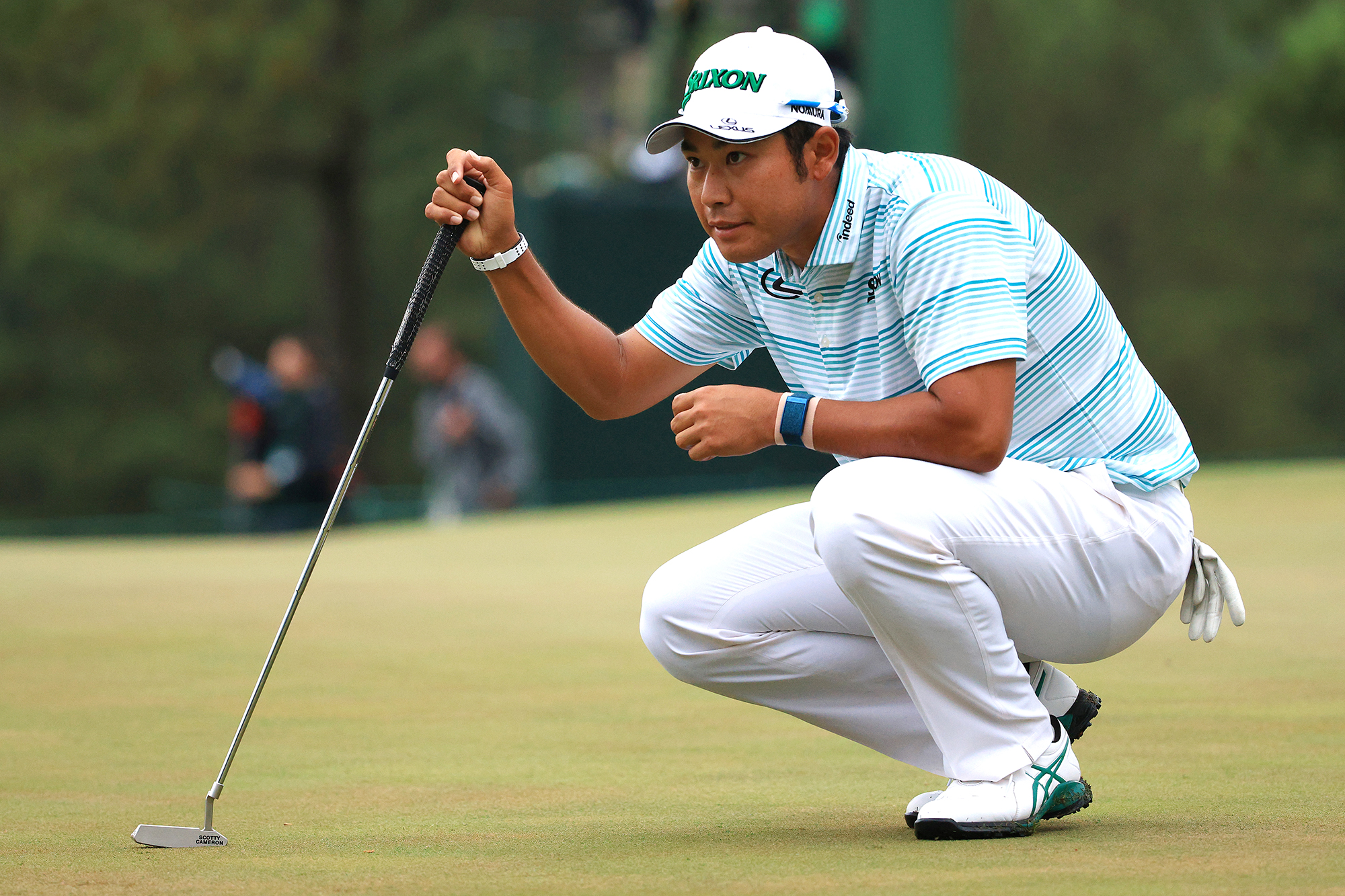 Masters champ Hideki Matsuyama will have a local knowledge advantage this week.

The Kasumigaseki Country Club will be devoid of spectators when the men’s quest for the Gold Medal begins on Thursday, actually, later Wednesday evening here in the U.S. — except one man will probably have no less than 100 following him and that would be Masters champion Hideki Matsuyama.

There will be no less than a small crowd recording and talking about every step Hideki takes — this is a golf-crazed nation and they’re bonkers over Hideki being the first son of Japan to win a major championship.  Over the next 10 years, he’ll earn enough endorsement money to start his own small country if he chose to do that.  It’s estimated that the Green Jacket, over the next 10 years could bring Hideki-san close to a billion dollars and that’s about 100 truck loads of Yen.

When he hit his first tee shot around 7:41 p.m. (EDT Wednesday night), he’ll have the entire nation tuned in.  They were already stunned by the unceremonious ouster of tennis star and Olympic Flame lighter Naomi Osaka from the tennis competition so now they will be turning to Hideki to save face.  For some, the avid gamblers and there are no doubt millions in Japan, they need to recoup the losses suffered from the bets made on Osaka to win tennis gold.

Which brings us to Hideki and his long-standing relationship with Kasumigaseki Country Club.  Hideki has already won two important titles at Kasumigaseki — the 2009 Japan Junior and 2010 Asia-Pacific Amateur (on the West Course).  The club is one of the most prestigious in Japan and has hosted important events for the past 50 years.  It’s a century old and survived World War II.

The course was shut down during the war.  The use of 18 holes didn’t occur again until 1946 after the recovery of nine holes from each course. The portion of the East Course that was sold as farmland was bought back in 1950. Two years later, the U.S. Air Force ended its requisition of the club after nearly seven years and the East Course regained its original 18 holes. A new West Course was opened in 1954, making Kasumigaseki a 36-hole club once again.

Hideki won the Asian-Pacific Amateur at Kasumigaseki and with the win, received an invite to the 2011 Masters where he was low amateur — his own “Hello World” moment.

The pine and cypress tree-lined track was given a face lift by Tom Fazio and his son, Logan, in 2014.  Today it features deep bunkers, that wonderful Zoysia grass that yields so man very perfect lies and a water hazard on only one hole — the 18th.

There hasn’t been much rain the past two weeks but tropical storm Nepertak was scheduled to hit Japan with Kasumigaseki on the outer edge — meaning just a rain and moderate wind event.  What it will do is soften the course that can be stretched to 7,600 yards.

Hopefully the storm will cool things off a bit.  Temps have climbed into the 90s with a “feels like” in the high 90s.  Tennis stars Novak Djokovic and Alexander Medvedev, both referred to the heat in their first round matches as “some of the worst”  ever played in.  Those players and all the tennis competitors were given extra time during breaks to offset the high temperatures.

Truth be known, July and August in Japan are known for being hot and humid.  During the bidding process for these games, the Japanese presentation called the climate “mild and ideal” for  these games.

Which brings us back to the men’s field.  Hideki has the local knowledge but after getting bumped from the Open Championship with a positive COVID test, he hasn’t logged any tournament time.

Gold Medal favorite Jon Rahm is out and it hurts the competition to have the world’s No. 1 watching on television somewhere.

With Rahm out, you have to turn your attention to Collin Morikawa as the player to beat.  And with that last name, if Hideki falters, then the Japanese might lay claim to his rights per ancestry.

Then come the two MOST MOTIVATED players in the field and that would be Sungjae Im and Si Woo Kim from South Korea.  In case you didn’t know, all able-bodied South Korean men are required to start a 20-month military service by their 28th birthday. However, there are exemptions for athletes who manage to medal at the Olympics. This rule was instituted in the 1970s when the country’s government was looking to boost their prestige on the national stage.

Sungjae and Si Woo both skipped the Open Championship two week ago to rest up and prepare for this event.  Both have looming military conscription hanging over their heads.  Si Woo turned 26 last week so this is his last chance to get out of the required military service.  Im is 23 and he’ll have one more chance at the 2024 games.

So starting Wednesday night here in the States, it’s 72 holes for Gold, Silver and Bronze.  There will be three new medalists — the guys from last go-round (Rose, Stenson, Kuchar) didn’t make their respective teams.

It’s wide open, although the course is not.

Keep in in the fairway, guys!

How To Watch:  The Golf Channel will carry the competition live.

Here are the Wednesday (Night) Tee Times All Are Eastern Daylight Time: