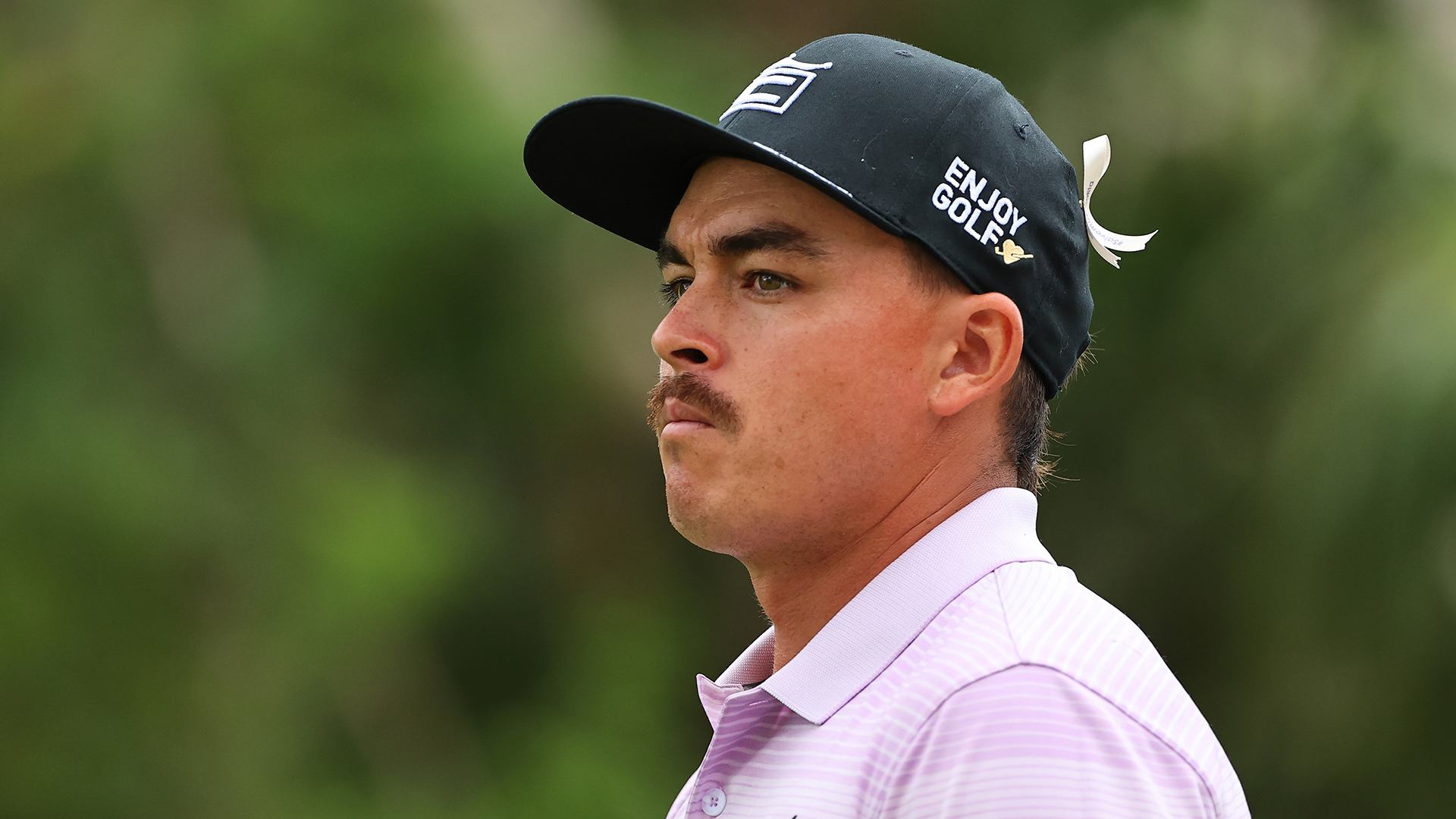 Rickie Fowler is sitting at No. 125 with two events left until the playoffs.

As tough as it is to comprehend, Rickie Fowler is dangling precariously over the ledge of playoff oblivion.

Believe it or not, the PGA Tour doesn’t have a regular scheduled event going on this week, which is so un-PGA Tour-like.  It has opposite-field events for the slugs who don’t make it into the major championships but apparently the Tour is holding the Olympics in high esteem and aside from the U.S.A. team guys — Collin Morikawa, Justin Thomas, Xander Schauffele and Patrick Reed — everyone else has a week off.

Which brings us to Rickie — America’s golfer — sweetheart of Rocket Mortgage television spots and other assorted commercials.  Rickie’s the Earl of Advertising but he’s sitting in that very, very uncomfortable 125th on the FedEx Cup points list.  Only the top 125 players make it into the playoffs, which start August 19 at the Northern Trust with Liberty National as the host venue.

For Rickie and the rest of the “Bubble Boys” there are only two more chances to rise in the standings — the Barracuda, August 5-8 and the Wyndham the following week at Sedgefield in Greensboro.  The fat cats have a guaranteed payday at the WGC event in Memphis (St. Jude), next week and all they’re doing is looking to pad their points to reach for the top 30 if they’re not already solidly there.

Which brings us to Rickie and the rest.  Rickie was surging last Saturday at the 3M on Saturday.  He shot himself into contention with a nice front nine but a triple-bogey eight at the 18th hole left him gasping for air and he’d eventually tumble to tie for 34th.  Poor Rickie.  He’ll need to pick up the pace and get himself some top 20 finishes at the Barracuda and Wyndham.

Here’s what it looks like down there where Rickie dwells:

126:  Patrick Rodgers:  They keep talking about his immense talent level.  What’s he doing way down here?

127:  Camilo Villegas:  After the tragedy of losing a child, it’s a tough climb in the world of professional golf but he’s trying hard.

128:  Chesson Hadley:  In need to more birdie putts and that patented “wrist snap.”

122:  Scott Stallings:  Surprising to see him this low on the list.

Truth be known, you need to be in the top 100 or better to know you’re going to make it to Liberty National.  After that, the field gets culled down in a hurry.  Top 70 make it to the BMW then it really gets the big trim with only the Top 30 making it to the fat Tour Championship at East Lake.

Jordan Spieth celebrated his 28th birthday on Tuesday.  Jordy has a lot to celebrate — his game is coming back, he’s climbing leader-boards and making some noise in major championships.  Spieth has risen to No. 15 in the world rankings and is No. 2 on the FedEx Cup points list behind Collin Morikawa.