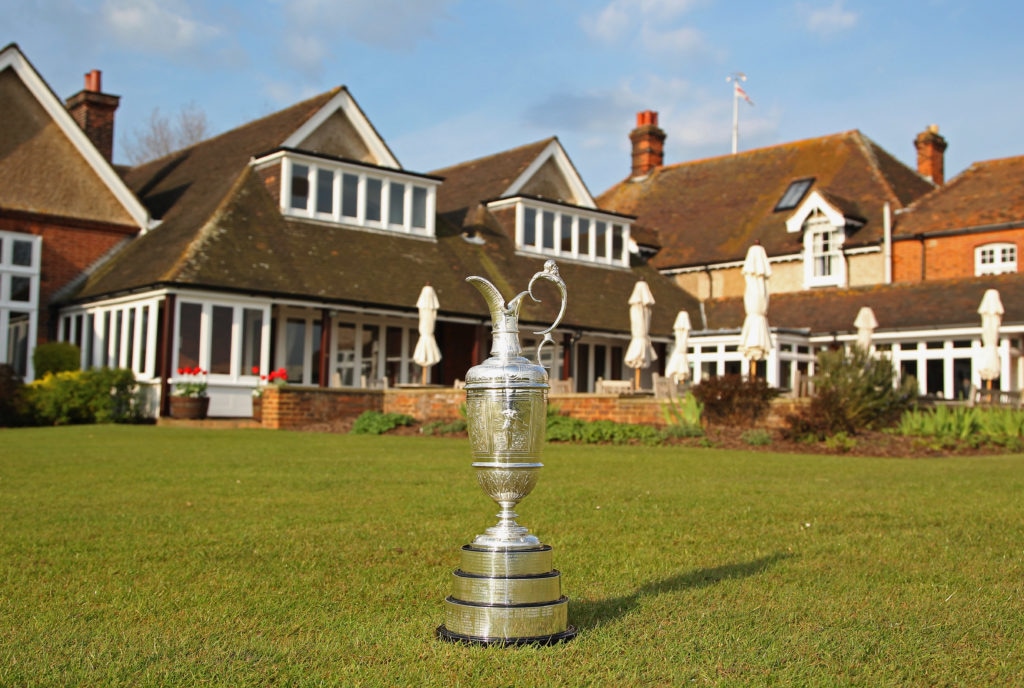 The Open Championship hasn't been called off --- yet.

Open Championship Dangling — Reports Of Its Demise Are Premature

The 2020 Open Championship is still clinging to life.

As the late great Mark Twain said while he was alive:  “The reports of my death have been greatly exaggerated.”

The demise of the 2020 Open Championship was reported late Wednesday by Golf Digest.

Even ProFootballTalk.com (operated by the great Mike Florio) ran this tidbit when it announced the cancellation of the Open Championship on its site Thursday:

“The prospect of having 156 players from across the globe travel internationally to southeast England amid all the disruption to daily lives is understandably questionable. Additionally, several events that would be held to actually set the field of players are doomed to be canceled as well along with stay-at-home orders likely preventing the building of any possible grandstands for attendance and other temporary buildings at the course. Logistically, the loss of the tournament shouldn’t be a surprise.”

The post was later deleted from the ProFootballTalk site.

Well, the goodfellas at the R&A have basically channeled Lee Corso and gave us the old “not so fast my friends” reply.

Everyone got on the trail when the All-England Tennis Club called off the 2020 Wimbledon Championships.

Perhaps it was the announcement coming on April 1, leading some to think it was an April Fool’s prank.

But the club issued this statement:

“This is a decision that we have not taken lightly, and we have done so with the highest regard for public health and the well-being of all those who come together to make Wimbledon happen,” said Ian Hewitt, All England Lawn Tennis Club chairman.

“It has weighed heavily on our minds that the staging of the Championships has only been interrupted previously by World Wars but, following thorough and extensive consideration of all scenarios, we believe it is ultimately the right decision to cancel this year’s Championships, and instead concentrate on how we can use the breadth of Wimbledon’s resources to help those in our local communities and beyond.

“Our thoughts are with all those who have been and continue to be affected by these unprecedented times.”

So basically, the eyes of the United Kingdom turned to the lads at the R&A.

After the reports that the Open Championship had been cancelled, the Head Goodfella at R&A, Martin Slumbers, responded with this:

“The R&A is continuing to work through our options this year, including postponement. Due to a range of external factors, that process is taking some time to resolve.”

Slumbers later added to that:

“Due to a range of external factors, that process is taking some time to resolve,” he said. “We are well aware of the importance of being able to give clear guidance to fans, players and everyone involved and are working to resolve this as soon as we can. We will give a further update as soon as we are in a position to do so and thank everyone for their support and understanding in this challenging situation.”

Golf Digest figured the R&A would cancel and be eligible to collect on an insurance policy that protects it against a global pandemic. A similar policy is held by the All England Club.

What happens next is anyone’s guess.

The PGA Championship and The Masters are hoping to find fall dates to stage their respective championships.

As for the U.S. Open, well, the button-down shirt, striped-tie wearing lads at the USGA are pretty mum at this point and time.

It is highly unlikely that Winged Foot will be able to handle the mid-June event as it is now scheduled.

So the golf world is still unsteady, wobbling, reeling.

The R&A and the USGA are a bit like the rest of us — unsure and hoping for the best with this Corona Virus Pandemic.