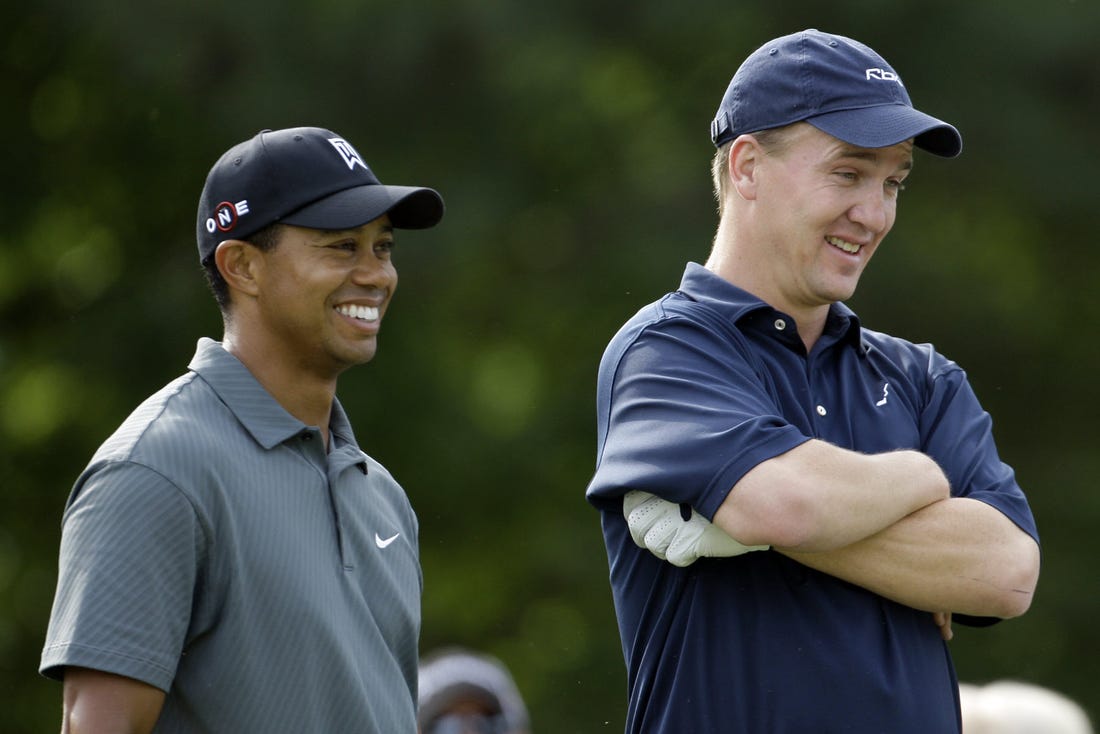 Tiger Woods and Peyton Manning have shared time together on the golf course.

Tiger And Phil, Brady And Manning? A Real Match In The Works?

This story started as a whisper but the message keeps getting louder.

Phil Mickelson started things rolling on social media when he hinted he was working on a second matchup between himself and Tiger Woods, a sequel to the (in)famous $9 million money match in Las Vegas over Thanksgiving weekend in 2018.

Well, with all professional sports on an extended hiatus thanks to the Corona Virus Pandemic, there’s been nothing on television but sports re-runs.

So now the talk has turned to actual logistics as to how such a match might come to fruition.

First there was a big-time addition — NFL ironic quarterbacks Peyton Manning and Tom Brady.  Both Manning and Brady know their way around a course well enough to hit quality shots.  Manning is buddies with El Tigre so there’s the connection — meaning they could possibly make up one of the golfer-quarterback duos.  Mickelson and Brady?  Can’t argue with that. Although Manning is retired and keeps turning down truckloads of money to show up on Monday Night Football, Brady’s still in the league and has everyone in the Tampa Bay area drooling with excitement after Brady signed with the Buccaneers at the start of free agency.

So Eldrick and Peyton vs. Phil and Tom?

This one would be a big charity fundraiser, seeking to raise money for the COVID-19 battle.

They’re talking about a yet-to-be named golf course in Florida and the telecast partner being mentioned is Turner Sports.  The match would be played sometime in May.

No pay per view.  Skeleton camera crew, observing all the social distance requirement as set forth by the governor of Florida.

There’s only one catch.

As PGA Tour members, both Woods and Mickelson would have to receive the go-ahead from The Sheriff Of Nottingham (aka PGA Tour Commish Jay Monahan) to participate in a non-sanctioned event.

With no PGA Tour events on the horizon, and no sports anywhere, would The Sheriff be so dastardly as to put the kabosh on such a match?

No, not even The Sheriff  is that evil.

Keep your fingers crossed on this one.