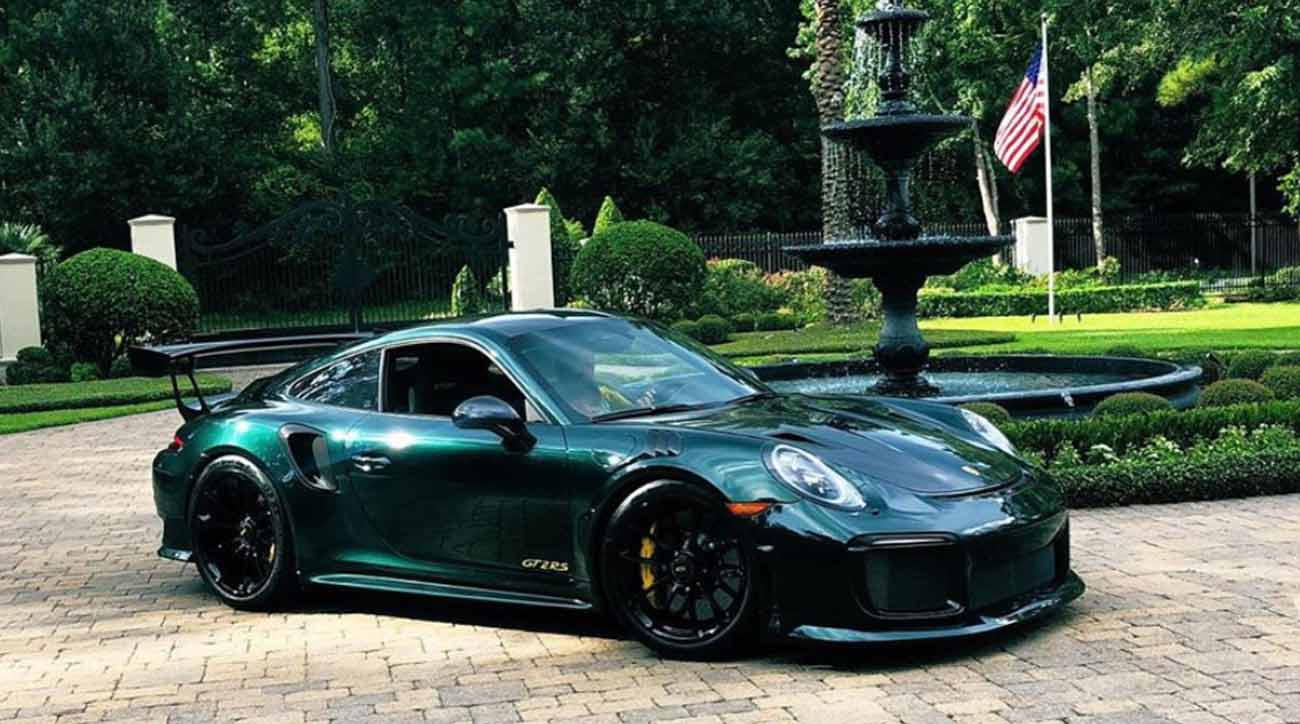 Patrick Reed Goes To The Porsche Open For Good Reason

Patrick Reed has taken the old “If You’ve Got It — Flaunt It” adage to new heights.

Seems Everyone’s Favorite Golfer  (or not) has a new toy in the garage.

That would be a custom Porsche 911 GT2RS — with the “RS” standing for “really ‘spensive” as we say down here in the South.

You just don’t walk into your local Porsche dealer and buy one of these babies off the floor.  No, you have to get in touch with Der Meisters at Porsche’s for-the-ultra-rich-only  Porsche Exclusive Manufaktur department.  If you call them, you’ll find their “base” custom 911 starts around $300,000.

So after winning The Masters back in 2018,  Everyone’s Favorite Golfer  gave them a call.

Seems Reed wanted his version pimped out as a “Masters” 911.  Everyone’s Favorite Golfer  wanted some Augusta National logos on the door sills.  And that’s where things got a bit testy.

Augusta National protects its logo and trademarks with, let’s say, enthusiasm.  In this case, Reed had to get involved with the barristers for Augusta National and you know those guys have the most expensive legal counsel in the land.  In the end, Reed’s Porsche went logo-less.  What a surprise!

Reed ordered his custom 911 in green with yellow accents everywhere, including the seat belts, seat stitching and brake calipers.  At first Reed considered painting the car Masters green — Pantone 342 in Porsche nomenclature — but everyone’s favorite golfer decided it wouldn’t look quite right and settled on takeoff of British Racing Green.

Which brings us to this week’s Porsche Open over in Germany, outside Hamburg at the Green Eagle golf complex.

Just happens that Everyone’s Favorite Golfer  is there to play in said Porsche Open.  So perhaps Reed is doing the old appearance fee tradeoff for a big, fat discount on that rubber-burning custom 911.

Reed’s not the only high-profile American in the field.  Kooch The Caddie Mooch (aka Matt Kuchar) never met an appearance fee he didn’t like and he’s in the field although his 74 made it look like his game stayed in the clubhouse.  Xander Schauffele was only a shot better with 73.

As for Reed, he’ll stick around in Europe for a while.  He’s a member of the European Tour and might be trying for some of that  Race To Dubai bonus money to help offset the cost of that half-million dollar Porsche.

“Coming over and getting on this stretch after how I finished on the PGA Tour, I feel confident and solid,” Reed said before his Thursday ho-hum performance. “Hopefully I can continue that form and play some good golf to get myself in the right frame of mind and a good position on the Race to Dubai. ”

Ah yes,  The Race To Dubai.

Forget those penny-ante cross-over events that begin again on the PGA Tour next week.

Editor’s Note:  Patrick Reed easily made the 36-hole cut with a Friday 72 (total two-over);  Paul Casey shot 73 and still held the lead after the morning wave was finished at five-under;  Kooch The Caddie Mooch after rounds of 74-74 was sweating the cut-line.  Projected cut was expected to move from three-over to four-over.  Xander Schauffele was in the afternoon wave.