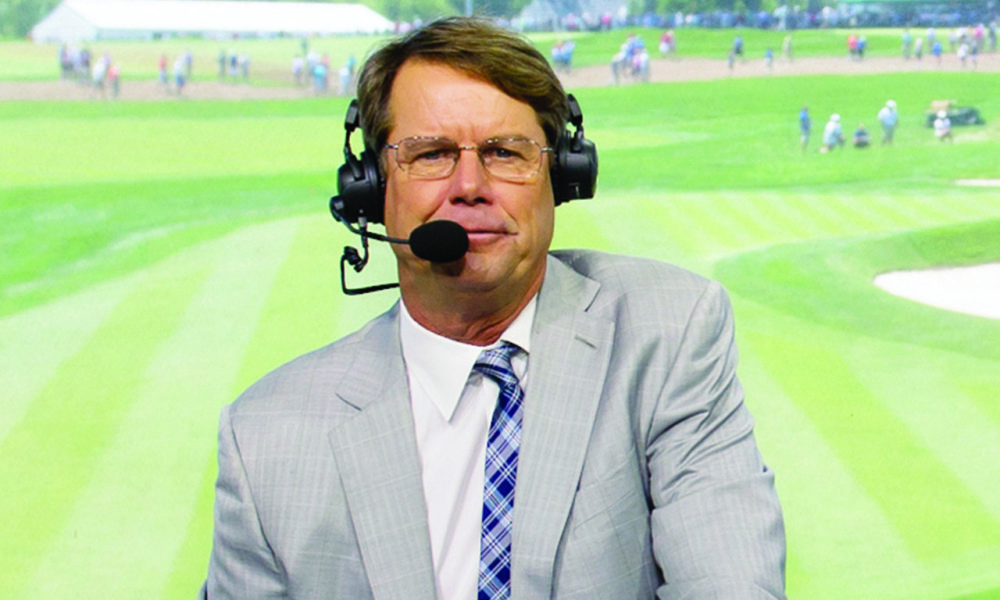 Paul Azinger pissed off a lot of European Tour players on Sunday at The Honda.

Paul Azinger And His History Of Euro Antagonism

Paul Azinger has a history with the Euros — it’s not all that pretty.

Once upon a time, in a Ryder Cup singles match, Azinger made the great Seve Ballesteros putt out a two-footer.  It was very, very early in the match and Seve responded:  “So dees ees the way it’s going to be, eh?”

Ballesteros once referred to the American Ryder Cup team as:  “Eleven nice guys and Paul Azinger.”

Azinger successfully captained the winning 2008 Ryder Cup team and once again was a thorn in the Euros’ side.

“A lot of pressure here, you’re trying to prove to everybody that you’ve got what it takes. These guys know, you can win all you want on that European Tour or in the international game and all that but you have to win on the PGA Tour.”

Notice he called it “that European Tour.”

Well that ignited the Euros.

If that wasn’t enough, Azinger added:

“But it’s not the PGA Tour. And they know that, and Tommy knows that and it puts a little bit of pressure on Tommy, this is where they want to be. They want to prove that they can win at this level particularly on this golf course. Even some of the obscure names that have won here, like a Mark Wilson and you think, man, Mark Wilson won at PGA National.

“Professional golfers choke for two things: cash and prestige. And the PGA Tour has the most of both.”

So the Twitter-sphere was lit up.

But at the end of the day, Azinger was doing what he’s supposed to do — make it interesting.  No vanilla stuff there.  You’d never catch boring Davis Love III going in that direction.

What Azinger did was open the door for more of this come September when the Europeans go to Wisconsin for the Ryder Cup.

Yes, things could get really interesting.