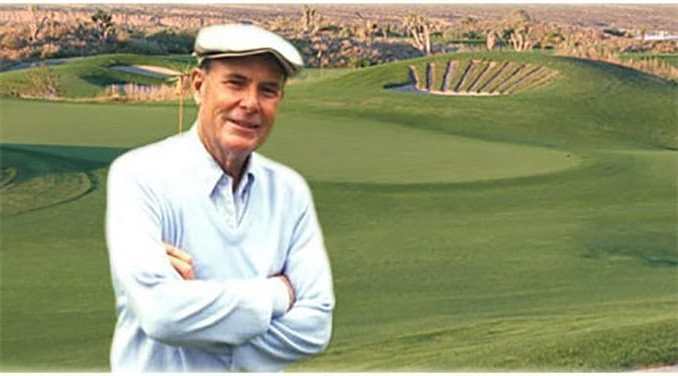 If you’ve played enough golf in enough places, odds are you’ve been battered by a Pete Dye design.

Dye was the master of visual intimidation and with more than 100 courses on his distinguished resume, his legacy will live on at venues like the Ocean Course at Kiawah Island, Harbor Town Golf Links and of course,  The Stadium Course at Sawgrass, home of The Players Championship.

Dye was the Renaissance Man of golf architecture.  He was the first big-time guy of the modern era and there was huge demand for his services.

He was born in Urbana,  Ohio and became a really superb amateur golfer.  He was the 1958 Indiana State Champion.  He played in the 1957 U.S. Open and although he missed the cut, he still beat both a young Jack Nicklaus and Arnold Palmer.  He attended Rollins College where he met his wife, Alice, also an outstanding player.  Pete served he country in the U.S. Army as a member of the 82nd Airborne out of Fort Bragg.  Dye entered Airborne School there but the war (World War II) ended while he was in training  and he served the rest of his time as a greenskeeper at the base golf course.

The brass at Fort Bragg knew Dye was a good player and they’d take him with them to play over at Pinehurst, which was only about 35 miles away.

“I played the golf course at Pinehurst No. 2 for six solid months, and I got to know Donald Ross (who had built the Fort Bragg golf course). He would come over and watch us play golf, and most of the time the captain and colonel hauled me over there. They didn’t know who Mr. Ross was, but the other fellow walking with him was J.C. Penney, and they all knew him.”

Pete and wife Alice took on design as an uncertain, full-time venture in the early 60s and the rest is history.

He influenced an entire generation of golf architects — he gave Nicklaus his start, let him work with him at Harbor Town.

Dye was inducted into the World Golf Hall of Fame in 2008.

“I loved the man,” said Hall of Famer Greg Norman,  who also dove into the world of course design.

“He was a forward thinker,  ahead of his time,” said former PGA champion Paul Azinger.

Dye may be gone but he’ll live on in his marvelous designs.  He had style and was an innovator.

He will be missed.