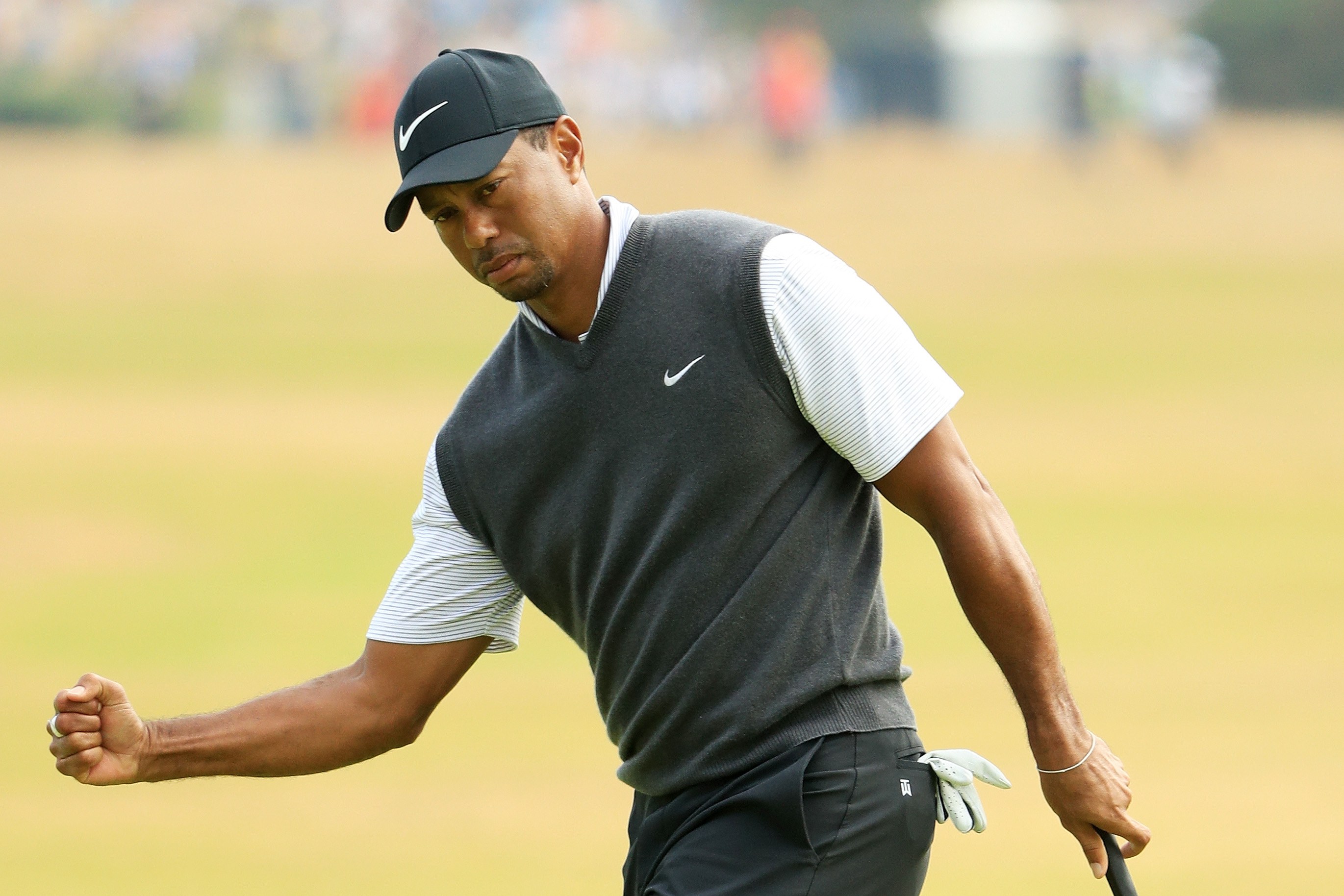 Tiger Woods will play in two weeks at The Farmers.

Tiger Will Grace Us With His Presence At Farmers

To the surprise of absolutely no one, Tiger Woods will make his 2020 PGA Tour start in two weeks.

Torrey Pines South course is a familiar playground for Eldrick, he’s won there enough times to make a good career for most tour players.  The Farmers is absolutely giddy that it will be the first event for the man who is now tied with Sam Snead for the most victories (82) in PGA Tour history.

After his performance at Royal Melbourne, one would think Tiger’s game is in pretty good shape for his debut on January 23.

To be exact, Tiger has won eight times on the South course.  His last win came in January of 2013 when he won The Farmers by a whopping four shots.  He’s registered seven wins in the event and another when the 2008 U.S. Open was staged there and he beat Rocco Mediate in a playoff for his 15th major championship.

Woods quit playing in the Tournament Of Champions back in 2005 and has made The Farmers his first start going back to 2013 but since hasn’t finished higher than a tie for 20th.

After The Farmers, Tiger will take two weeks off then head back to the left coast to play in The Genesis at Riviera, the tournament that benefits his foundation.  Unlike Torrey Pines, Woods hasn’t had much success at Riviera.

After The Genesis, it’s a guess when he’ll play again.  There’s an interesting three-week stretch where he’ll have to make a tough decision.  The Honda (Feb. 27) is played about 10 miles from his house on Jupiter Island followed by Arnold Palmer’s Bay Hill Invitational on March 5 then The Players on March 12.  It’s a long-shot that Woods would play three weeks in a row.  Best bet is he’ll play Bay Hill then The Players as he preps for the run to The Masters in April.