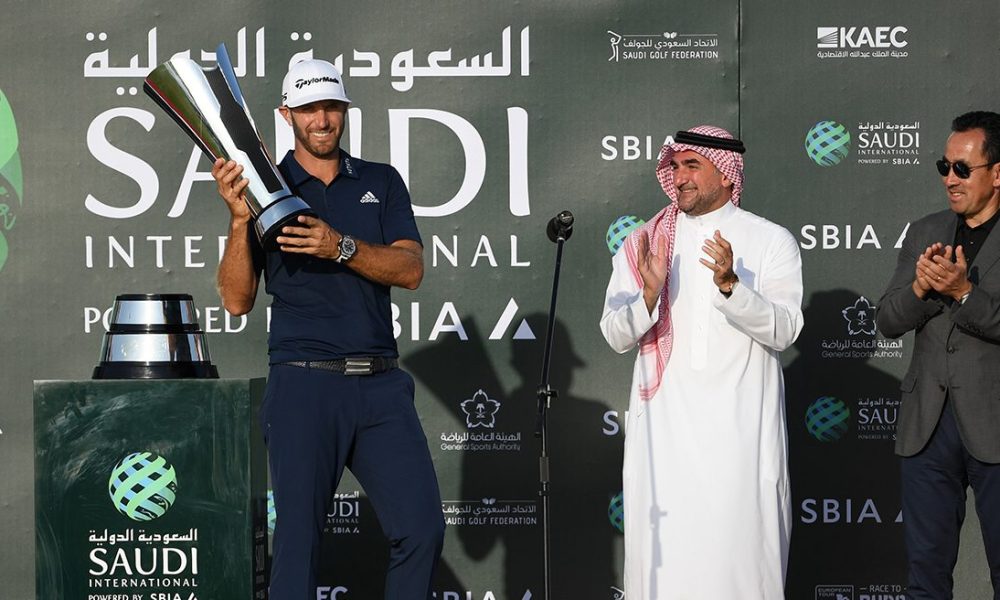 The PGA Tour has announced its plan to combat the Saudis and their upstart golf league.

It has become obvious that the Saudis and their upstart golf league have no intention of going away.

At least not anytime soon.

Greg Norman’s aboard, scheming and plotting in an effort to stick pins in the PGA Tour voodoo doll hidden in his Jupiter office.  He even brought PGA Tour rules veteran, Slugger White, out of retirement to try and give some credibility to those guys wearing the red and white checkered ghutras and long white tunics.  Picture Norman and Slugger wearing that stuff.

Apparently The Sheriff Of Nottingham (aka Tour Commish Jay Monahan) is not sitting idly by while the Saudis try and mess with his Fiefdom.

Apparently The Sheriff’s “Them Or Us” Ultimatum needs some support.  And in a move that must be totally inspired by the U.S. Federal Government, the PGA Tour has decided to do things the old fashioned way — throw money at the problem.

World-class snooper Eamon Lynch (Golfweek) evidently has someone akin to Watergate’s “Deep Throat” within the palatial headquarters of the PGA Tour up in Ponte Vedra Beach.

Per Lynch and his anonymous source, the PGA Tour plans to fight back against those dastardly Saudis with a series of big-money, international events that will shower guaranteed megabucks on the world’s best players.

Lynch threw out there for general digestion that the Tour plans to stage four-to-six events outside the U.S. in Europe, Asia and the Middle East.  The proposed series would start in fall of 2023, perhaps not even until 2024.

Of course this looks like an instrument to fight back against this proposed Premier Golf League backed by the enormous Saudi money.  No players have been signed yet but names like Phil Mickelson and Lee Westwood keep surfacing over in the land of oil.

These “proposed” world events would have limited fields — 50-60 players probably from the world rankings.  Think of WGC events on steroids.

This new series would add some intrigue to the fall.  Right now the PGA Tour’s Fall Series is seemingly a gathering of gypsies and outliers although Jason Kokrak won the Houston Open Sunday and he’s in the Saudi pocketbook — he’s an actual golf ambassador for the Saudis.

There are a lot of logistics and details that go with this hush-hush idea from the PGA Tour.

So evidently the PGA Tour is taking this Saudi threat pretty seriously.  It will get even more interesting early next year when Dustin Johnson, Kokrak and others ask for waivers to go over and play in the 2022 Saudi International.  You might recall that D.J. won it last year — he edged Tony Finau by a couple of shots.  Tons of European Tour stars in that field as well.

Which brings us back to The Sheriff and that “Them Or Us” ultimatum.

If the Tour does indeed decide to throw out money by the truckload in 2023 or 2024, you can’t help but wonder if that will deter players from giving much further consideration to the Saudis and their Premier Golf League?

In the meantime, obviously Norman is collecting paychecks — beats the heck out of begging for golf course design jobs and as for Slugger White — well, there’s really nothing for him to do but wonder when he goes on the actual payroll.

Nice work if you can get it.

And no, there’s no truth to the rumor that the Saudis are soliciting the editor of DogLegNews to head up their media relations arm.