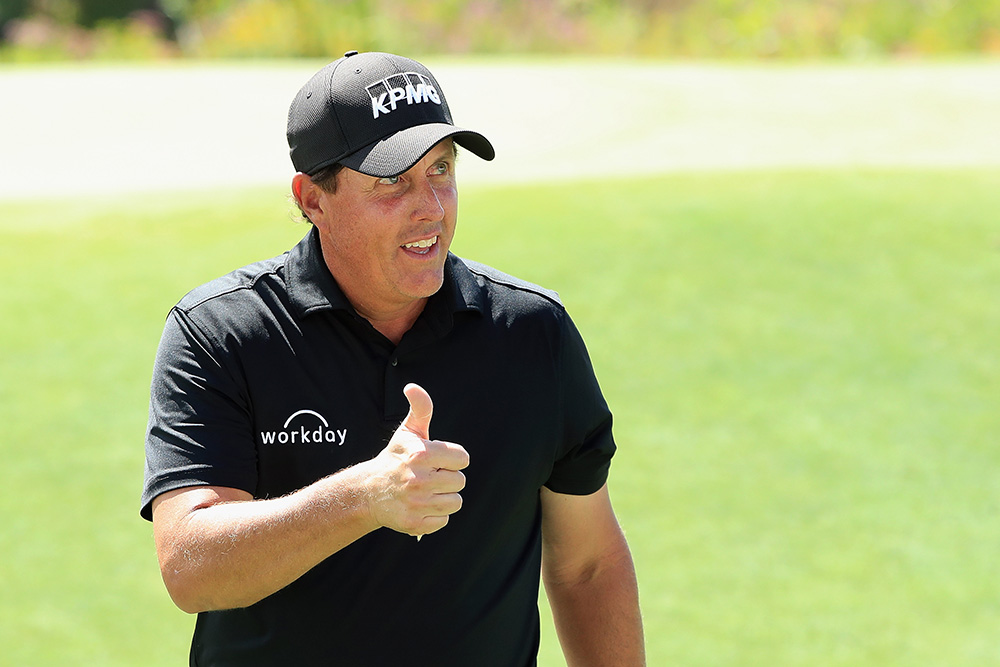 Phil Mickelson has been ranked inside the top 50 for more than 25 years.

Phil Mickelson needs to play better — for more reasons than you think.

Here’s something you may or may not know.

Phil Mickelson has been ranked inside the top 50 in the world for a very, very long time.

Mickelson’s run in the top 50 in the Official World Golf Rankings began with a runner-up at the Casio World Open back inn 1993.  That got him to 47th in the world.  He has now stayed inside the top 50 for get this — 1,351 straight weeks, which is more than 25 years!

Next-best top-50 streak all time is Ernie Els at 965 weeks while Rory McIlroy has the second longest active streak at 596 weeks.

But Phil is in jeopardy — that streak could come to an end.  Lefty is dangling at 47th in the world, currently.

Mickelson is over in South Korea this week for the CJ Cup.   He could drop outside the top 50 depending where he and others finish in this no-cut, big money event.

There’s a long list of things that could doom Lefty but at the end of the day, he simply needs to play better than he has lately.

Since his victory at the AT&T Pebble Beach Pro-Am in early February, Mickelson has missed the cut eight times and finished inside the top 40 just three times in 18 starts.

Lefty went from 29th to 17th following that Pebble win but he has gradually gone down and fell to 44th after a missed cut at The Safeway.

His 61st-place finish at the Shriners two weeks ago in Vegas dropped him to 46th.  He then dropped another spot during an off week when the rankings were released on Monday.

He can end the slide with a good showing this week and he’s likely to play in the WGC-HSBC Champions in two weeks. That event also has no cut, allowing for him to more easily earn World Ranking points and hold his top-50 spot.