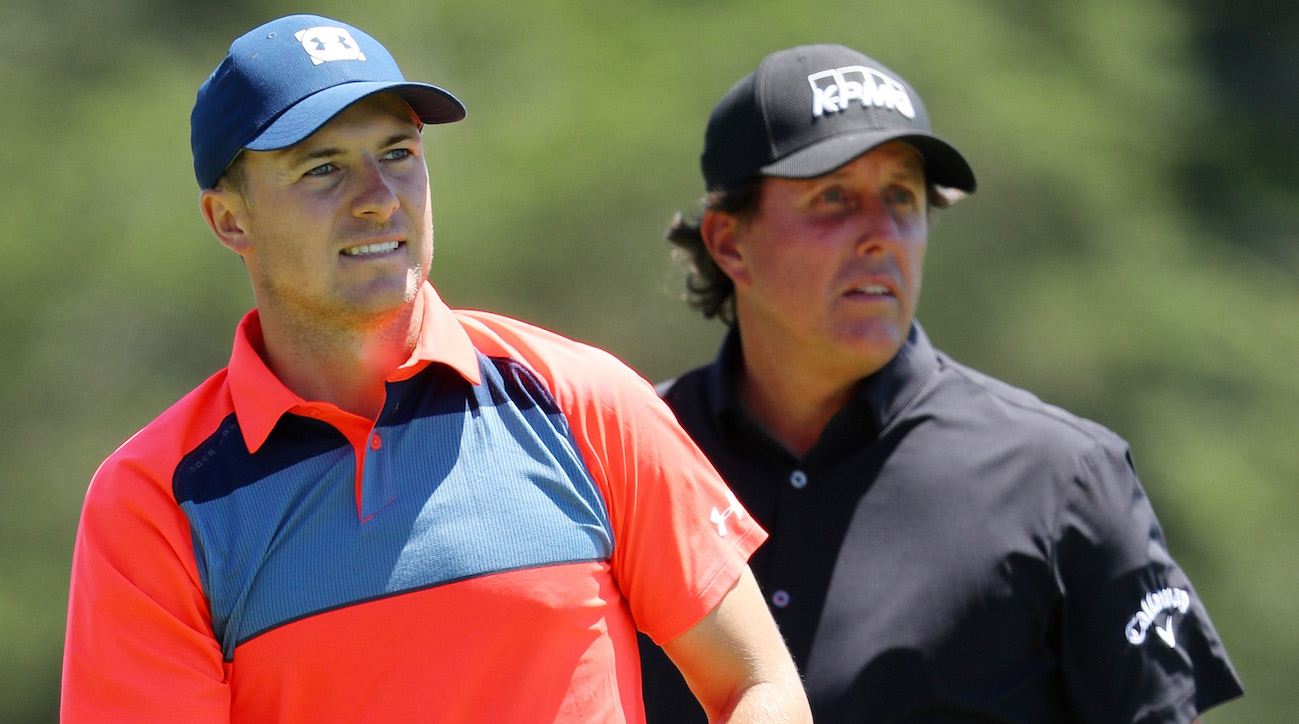 Jordan Spieth or Phil Mickelson -- who will play better this week?

Phil Or Jordy? Who Would You Bet On At Pebble Beach?

He didn’t have a top 10 for the following 12 months until last week in Saudi Arabia.

Mickelson got himself in the hunt, eventually finishing in a tie for third, creating some hope for the rest of the season and momentum for this week as he defends his only championship win from 2019.

Lefty is now ranked No. 72 in the world.

Jordan Spieth won the AT&T Pro-Am in 2017.  It’s been tough going for Jordy the past two seasons and things haven’t looked much better so far this year.  He finished tied for 55th at The Farmers two weeks ago then missed the cut last week in Phoenix.

Spieth and his swing coach, Cameron McCormick have been making some changes.  Spieth revealed that he strengthened his grip by 5 degrees.  He said that the change could take “a couple weeks” to implement, but it was made with an eye on the Masters and his ball-striking stats did receive a boost during his second round in Phoenix.

“Overall, I’m really happy with the progress I made off the tee,” Spieth said. “That was the best I’ve driven it in a couple years. So when that happens, I know the rest of it is kind of coming.”

Which brings us to this week.

Spieth and Mickelson are two of the bigger names in the field of 156 pros playing with 156 amateur partners.  The format is two rounds at Pebble (including the Sunday finale) and rounds at Spyglass Hill and Monterey Peninsula.  It’s a slow, tedious week and the Pebble weather can be very unpredictable.  With the compressed major season ahead, a lot of name players such as Tiger Woods, have chosen over the years to skip this event.

Both Mickelson and Spieth are in need of a good showing on the PGA Tour.  Mickelson needs to prove to himself that last week wasn’t a one-week-wonder and Spieth needs to see results from what he’s been working on with McCormick.  Last week, it was the putter that let Spieth down and that club has been the one reliable part of his game.

So who would you bet on between the two?  Tough call but based on recent form, it’s Mickelson who has more going for him coming into this week.  And Pebble’s been good to Phil.  Last year was his fifth win in the event, tying Mark O’Meara for most victories.

As for the real favorite this week — it’s Dustin Johnson.  He’s the highest-ranked player in the field (No. 5) and started making some noise last week in the Saudi Invitational.  D.J. has won the AT&T twice and has two seconds and a third.

Graeme McDowell won the Saudi Invitational and at age 40, is looking for a renewal in his career.  McDowell won his only major — the 2010 U.S. Open at Pebble, so he knows how to get around the course.

So you have a few big names and some big-name scenery.

At the end of the day, Pebble Beach Golf Links remain one of America’s golf treasures.