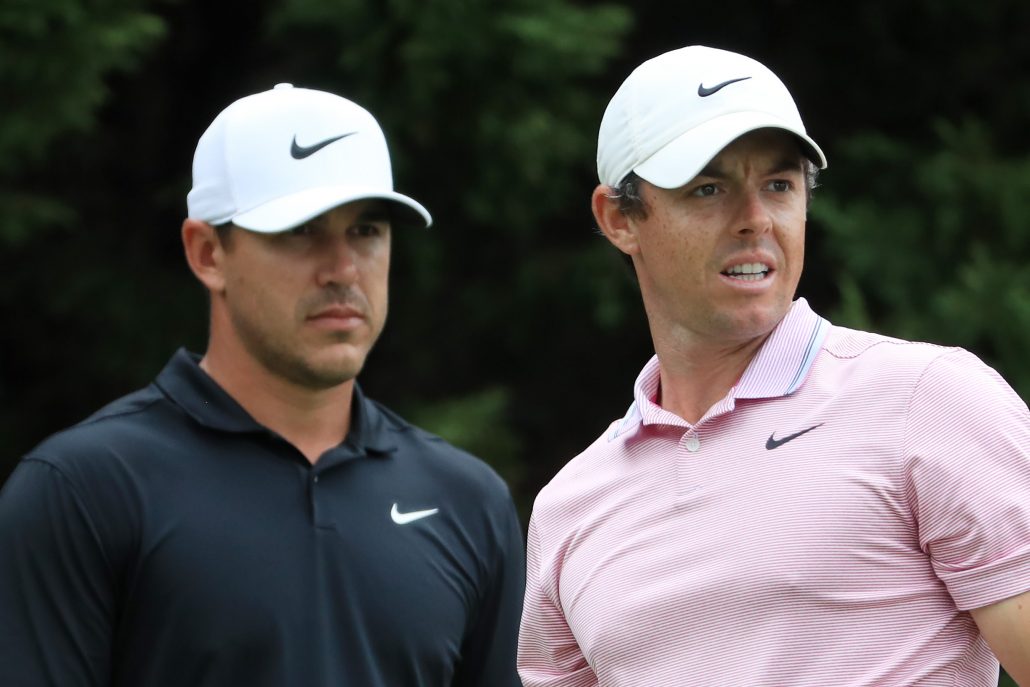 Rory will become the new world's No. 1 even though he's not playing this week.

Rory’s In, Brooks Out With Turnover Coming At The Top Of The World Rankings

There’s going to be a significant change in the Official World Golf Rankings next week.

Brooks Koepka is sitting at No. 1 this week.  He’s been there since winning the PGA in May of 2019.  His reign at the top is coming to an end, starting next week.

Neither Koepka nor current world’s No. 2 Rory McIlroy are playing this week, but a change will come when the new rankings come out.

McIlroy will regain the No. 1 ranking — he hasn’t been there in September of 2015.

The all-time list slacks off really quick from there.  Nick Faldo is currently third at 97 weeks but McIlroy should pass him.  Rory’s total is 95 weeks and he’s off to a blazing start in 2020.

McIlroy made a significant move earlier this year.   He met up with Brad Faxon, one of the finest putters ever on the PGA Tour.  The two met for three hours and spent most of it just talking and drinking coffee.  When it came time for an actual lesson, Rory told of an unusual request from Faxon.

Faxon told Rory:  “You just have to know what to work on — bring your putter, a sand wedge and a five-wood.”

McIlroy obliged then told of what happened next.

“So we went onto the putting green and he got me to putt from eight feet.  I hit three putts with the putter and holed one of them, three with the sand wedge and holed two of them and I holed three in a row with the five-wood.”

Faxon then responded:  “I wanted to prove something to you.  A lot of putting now-days is very technical and mechanical — you have to have the right length putter and the right lie and the right loft.  That thing (five-wood), is about 10 inches too long and you’ve just holed three in a row.  That’s what you need to get back to.  It needs to be instinctive.”

McIlroy is already showing signs of improvement with the flat-stick.  And that’s been the one part of his game that most have identified as his major weakness.

McIlroy’s move to No. 1 was aided in part from Koepka’s inactivity as he rehabbed a knee injury he suffered last year.  So far in his last two events — Abu Dhabi and Saudi Arabia — showed he has a lot of rust from his prolonged inactivity.  Add McIlroy’s good play and the gap narrowed in the rankings until McIlroy is finally passing Brooks.

And that should add some heat to their already existing rivalry.

And it’s not a two-man contest at the top either.

Jon Rahm is making his case.  His play as been outstanding and he’s currently No. 3.  He’s got his eyes on the top spot as well.

What it all means is that it will be a great season in the majors and a chance for all three to make their case as to who is the world’s best player.

In the meantime, there’s the 1,500-pound elephant in the back of the room.

His game is revitalized and in the minds of many, he’s still the best player in the world.