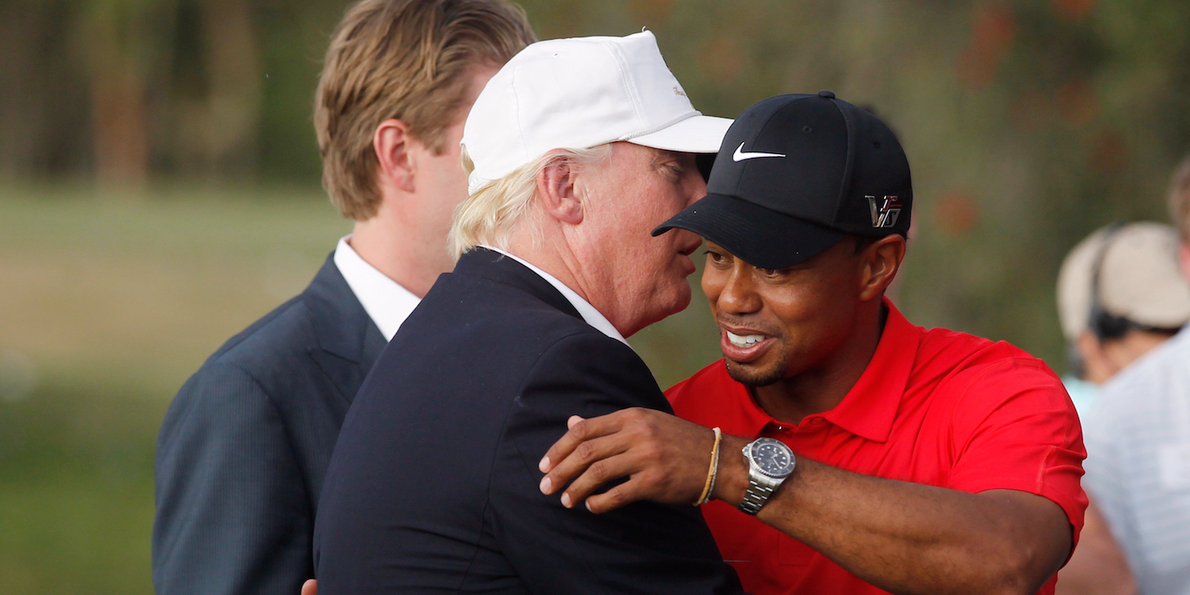 President Trump has played with many tour players, including Tiger Woods.

President Donald Trump: “A Lot Of Them Like My Politics — Some Don’t”

NBC dialed up the Camp David on Sunday afternoon and put President Donald Trump on the broadcast of the COVID-19 Skins Relief match.

The interview with Mike Tirico came as the players were making the turn at Seminole Golf Club.

Trump was enthused to have some live sports, explaining that live sports are important to “the psyche of our country.”

Trump also expressed optimism about the country getting back to some normalcy. “We want to get it back to where it was. We want big, big stadiums loaded with people,” Trump added. “We want to have, when you have The Masters, we want to have big crowds. Right now, that’s not what they’re planning, but you never know. Things can happen very quickly.”

Trump has played with a number of tour players, including Tiger Woods.  “A lot of them are very political, actually,” Trump revealed. “Some like my politics very much, and probably some don’t. I guess the ones that don’t, I don’t get to see as much. But they seem to like it.”

Trump spoke most highly of Rickie Fowler.  Predicting some majors for Rickie along with “a lot of wins.”

Apparently someone wasn’t all that happen with the Rory McIlroy/Dustin Johnson vs. Rickie Fowler/Matt Wolff charity match at Seminole on Sunday.

Mel Reid, the 98th-ranked women’s player, a member of the Women’s European Tour, blasted the format.

“Yet again, today we show the disparity between men’s and women’s golf. Today’s charity event should showcase ‘golf’ not just men’s golf. What an opportunity has let slip, once again, to represent equality.  I would love to have witnessed women athletes/golfers be invited to showcase the wonderful game as well as these incredible male golfers. Respect us as athletes. I look forward to the day for us to be included.”