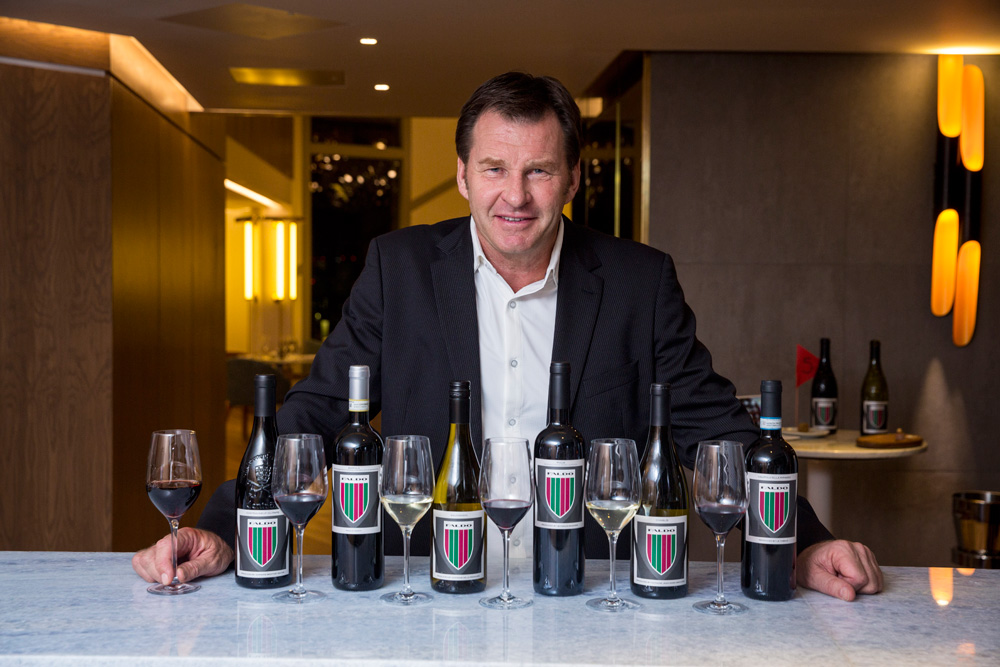 Sir Nick Faldo takes us off the course where he gives us a refreshing change of pace.

Days, Knights And An Afternoon With Sir Nick Faldo

Nick Faldo and Jim Nantz are the faces of CBS Golf but with no golf to be seen the past month and a half, Sir Nick has found some new features to keep himself busy.  Days And Knights With Sir Nick will air its fourth episode on Monday evening, May 18th at 7:30 p.m. on the CBS Sports Network followed at 8 p.m. with The Faldo Formula — Mind, Body, Swing.  Sir Nick was kind enough to share a few moments in an exclusive for DogLegNews to speak about his latest ventures.

DLN:  Can you tell us a little about the genesis of Days And Knights With Sir Nick?

Sir Nick:  “It started a while back.  Content is king on television and I’m wondering if I would be any good at interviewing people.  Started when I ran into Kelly Slater (surfing champion) at the Ryder Cup in Paris and I said ‘hey, I’ll interview him.’  Turns out I was happy to interview people.  I had ideas that we could go to interesting places and talk to interesting people, for instance, we interact with some world-class chefs — a lot of them like golf as well.  So we create some healthy food ideas.  It’s a fun show, kind of a lifestyle show.

DLN:  What can we expect from future shows?

Sir Nick:  “We visited Necker Island (owned by Sir Richard Branson in the British Virgin Islands).  That one’s in the can (future show) and we had a lot of fun with that one.”

Sir Nick:   “Hmmm.  I’d have to say a trip to Lap-Land way up in the Northern Hemisphere.  It was cold and not a lot of daylight.  But it was a lot of fun.”

DLN:  Days And Knights is followed by Mind, Body and Swing.  Talk a bit about that.

Sir Nick:  “People are very interested in golf instruction.  I’ve tried to re-vamp it with both the physical and mental side.  For future shows, we might be throwing in some bits from Days And Knights, maybe 80 percent instruction and 20 percent lifestyle.”

DLN:  Hardest part of your analyst job at CBS?

Sir Nick:  “You’ve got the headphones on and someone is asking a question in one ear and at the same time, a director is talking in your other ear.  I’ve learned to simply ask if I didn’t get the question.”

DLN:  Easiest part of your analyst job at CBS?

Sir Nick:  “It’s live television, nothing’s easy about it.  Five seconds in life doesn’t seem long but five seconds on television is unbelievable, especially if there was silence.  Then throw in some technical issues.  We were having some before The Masters last year, Jim Nance is in another room, nothing’s going right, I’m thinking we’re going on the air, he’s not there and I have to say ‘Hello Friends.’  But it all worked out and Jim was there on cue.”

DLN:  CBS is the first network back on the air at Colonial.  What will it be like to do a broadcast with no fans?

Sir Nick:  “I’d have to speak from a player’s perspective.  You’ll have to self-generate your intensity as a player.  Usually, we feed off the crowds.  I’d say it will have to be adaptive.  We’re in a weird world with no fans out there.”

DLN:  Will there be lost balls from wild tee shots as Brooks Koepka predicted?

Sir Nick:  “Oh heavens yes.  They’ll hit some off-line and with no one out there to see where it went, there will be some lost balls.”

Sir Nick:  “A Super Bowl without fans?  A World Series without fans?  No way.  A Ryder Cup is like those events, it’s an event especially for the fans.  You need fans to have a Ryder Cup.”

DLN:  Rory McIlroy, Dustin Johnson, Rickie Fowler, and Matt Wolff give us some live golf at last on Sunday at Seminole.  Will you be watching?

Sir Nick:  “Probably.  I want to see how they handle the rust.  What’s it been — six, seven, eight weeks?  I would think Rickie and Matt are the underdogs.”

DLN:  The winners of their skins game?

Sir Nick:  “Whoever putts the best.”

Sir Nick:  “That will be fun, I’m a big fan of the quarterbacks.”

Sir Nick:  “Whoever has the best putting stroke.”

And there you have it.  Our afternoon with Sir Nick.  You can catch his Episode Four of Days And Knights With Sir Nick this coming Monday night at 7:30 on the CBS Sports Network followed by Mind, Body, Swing at 8 p.m.