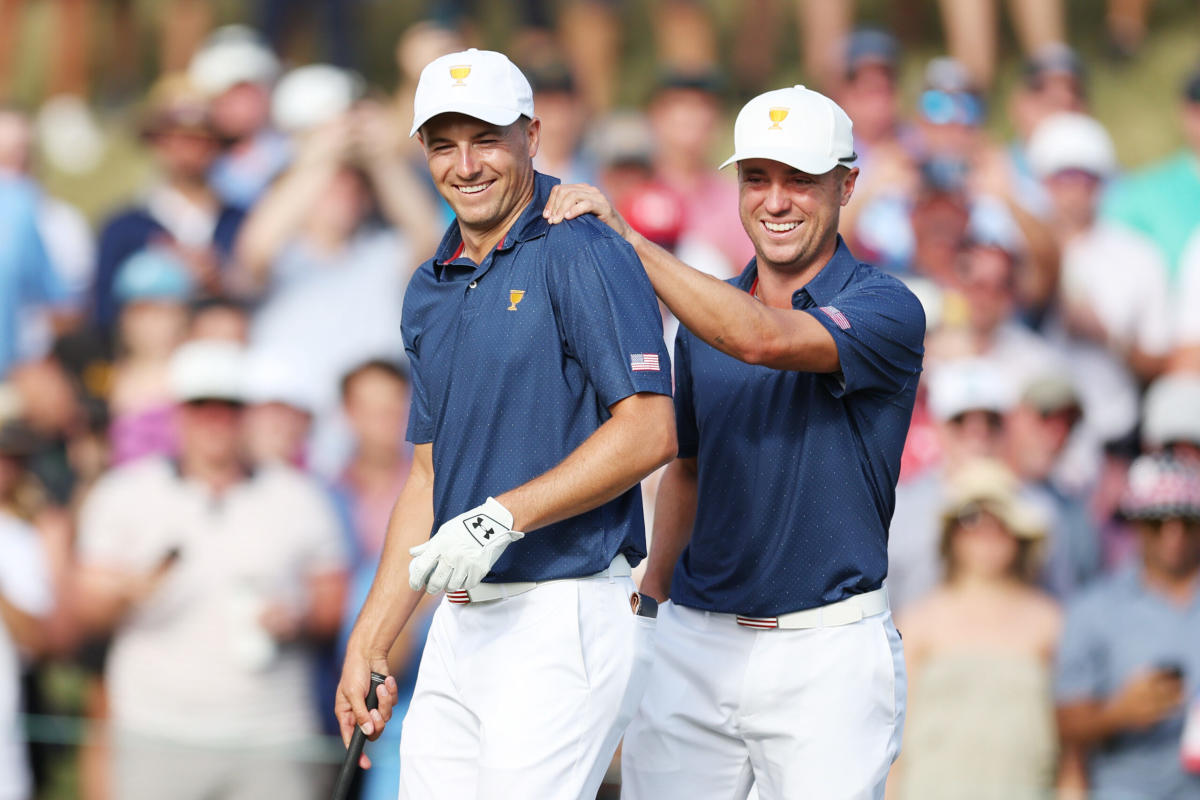 Jordan Spieth and Justin Thomas were undefeated as a team.

Presidents Cup: Grading All Players For Their Week’s Performance

A long week at the Presidents Cup, a lot of matches.  Time to grade the participants.

Jordan Spieth (5-0-0):  Spieth was simply unstoppable as that putter of his is coming back to what we saw when he was winning major championships.  He was unbeatable with teammate and good friend Justin Thomas.  Together, Jordy and J.T. went 4-0-0 in the two-man matches.  Grade:  A+

Max Homa:  (4-0-0):  Came into the competition with big-time momentum from his win out at the Fortinet where he successfully defended his championship.  Sat out just one team session and went 4-0-0 and we’ll see him on the U.S. side for the Ryder Cup.  He really wanted to play in this competition.  Grade: A+

Justin Thomas (4-1-0):  J.T. was unbeatable with Spieth at his side.  He went out in the first match Sunday but couldn’t get the first point, losing 1-up to Si Woo Kim in the battle of two Players Champions.  Still, J.T. was quite effective.  Grade:  A

Patrick Cantlay (3-1-0):  Unbeatable at alternate shot with sidekick Xander Schauffele.  Only loss came in the best-ball portion Saturday afternoon as he and X-man lost to Si Woo and Tom Kim, 1-up.  Cantlay/Schauffele may be the world’s best alternate shot duo.  Grade:  A

Tony Finau (3-1-0):  Tony’s only loss came when he had to team with Kevin Kisner, who was a mill-stone around everyone’s neck.  Grade: A

Cameron Young (1-2-1):  Weak showing considering all the hype around him.  Lost on Sunday to Sungjae Im.  Under-performed considering his talent level  Grade C-

Christiaan Bezuidenhout (1-0-1):  Not sure why he sat out three of the five sessions.  Win against Kisner, well, yeah.  Grade:  B

K.H. Lee (2-1-0):  Getting two points was an accomplishment from anyone on the International side:  Grade B+

Tom Kim (2-3-0):  Brought his 20-year-old enthusiasm to the week.  Beat Burns and Scheffler on the final hole Saturday afternoon by himself.  Grade:  B+

Internationals have two years to go out and find some talent.