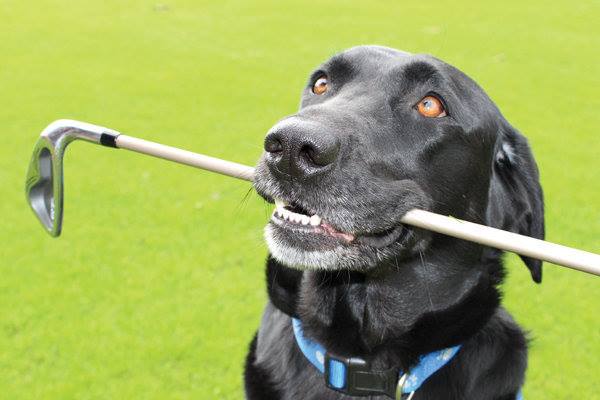 Posted By: Tom Edringtonon: August 25, 2021In: In The Doghouse3 Comments

Who knew smiling Viktor Hovland has a little “mad-man” inside of him?

During Monday’s final round of the Northern Trust, the former U.S. Amateur champion who will be one of the new faces on the European Ryder Cup team next month, hit his putter against his golf bag after suffering a double-bogey.

The offending putter was bent and Hovland spent the rest of the back nine putting with a wedge.  He did pretty well — try putting with your wedge — it’s a nice drill to improve your stroke.

The dogs voted to bring Hovland to the DogLegNews Dog House for a couple of days to get him in the proper frame of mind for this week’s BMW.

Be careful of those guys who smile too much!