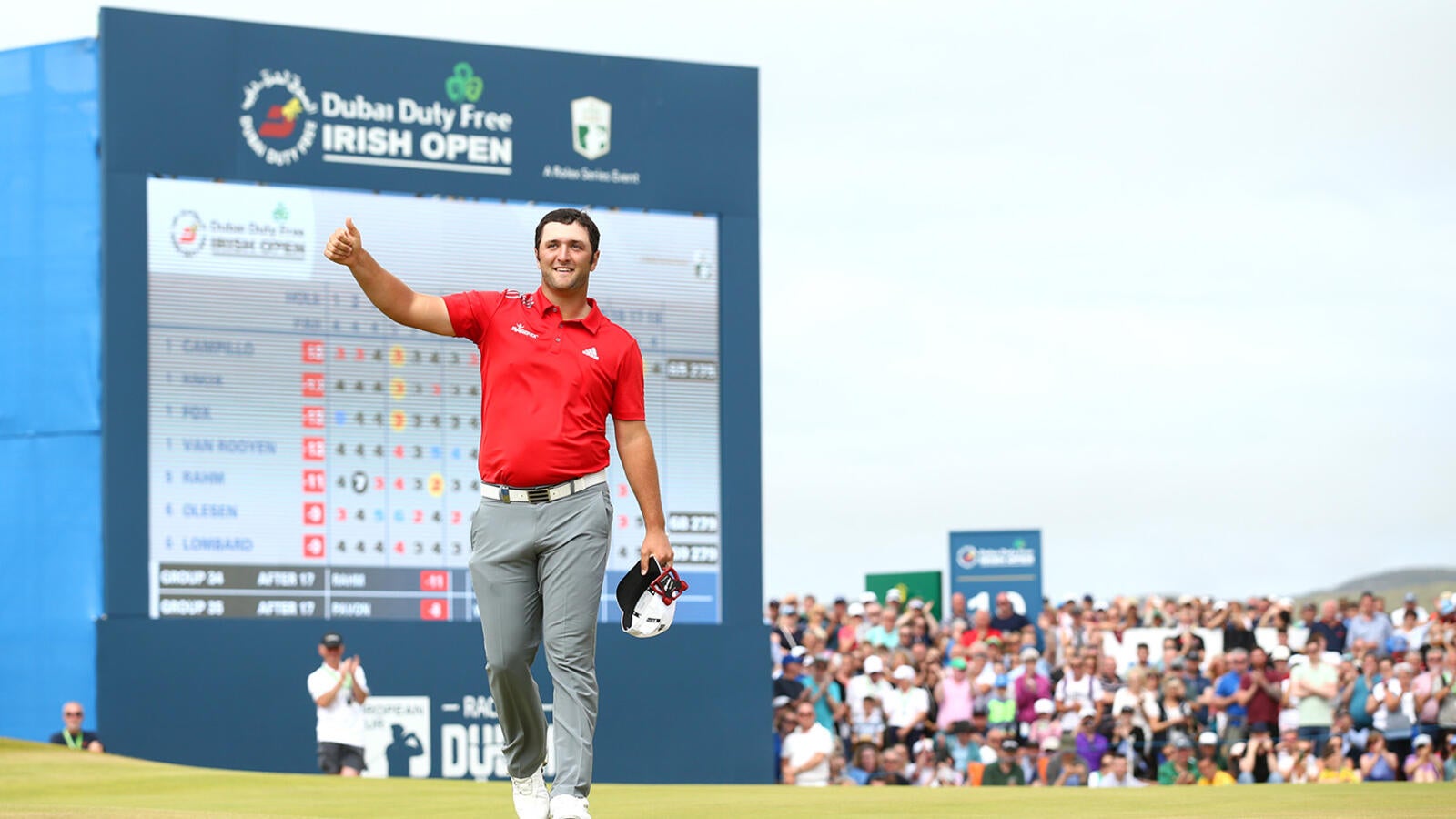 Jon Rahm went on a back nine rampage and won his second Irish Open.

The good folks in Ireland will be the first to tell you that when there’s a thoroughbred running behind a bunch of stable horses — bet on the thoroughbred.

The weather was very un-Irish — clear skies, mild temperatures and not a wisp of wind in the air.  Perfect for scoring on the final day of the Irish Open.

Rahm was up to the task and with the huge crowd behind him, he made his move early with a 31 on the front nine.  His fire-power was kicking in, he was the class of the field.

With guys like Rock, Rafa Cabrera Bello, Eddie Pepperell, Andy Sullivan and Bernd Wiesberger to deal with, Rahm was the guy the crowds got behind.  He was their 2017 Irish Open champ and they could feel another in the works.

Bello dominated early with three front-nine birdies but the Spaniard fell apart like a nervous pile of goo with four bogeys over his first six holes on the back nine, setting the stage for Rahm.

“I knew I had to do it today to have a chance and, man, I kept looking at the leaderboard and looking up and after ten, I’m like, ‘okay, let’s get a good run’ and that eagle on 12 just completely got me going.”

After the eagle Rahm’s only mistake of the day came at the drive-able par four 13th.  He was pin-high with his tee shot but his pitch came up short and rolled back to him.  His third left him outside 10 feet for par and he’d miss the putt.  He’d rebound from that with three more birdies and a dazzling 62 with a pair of bogeys on his card.  In the end, his 16-under total was two better than Wiesberger and Sullivan.

“I keep saying I love this tournament,” said Rahm, who won two years ago in Portstewart in Northern Ireland.  “I love the people, I love the country.”

And they loved him back, all afternoon.

“It helps,” Rahm said of the big crowd support.  “The crowds were tremendous.”

Rahm said his target score was 15-under.  That would have been good enough for the win but his 16-under was better.

“I’m excited to repeat,” Rahm said. ” I think Seve (Ballesteros) was the only Spanish player to win more than one and to join my name to that Cup again, it’s special. It’s probably one of my favorite trophies that I have at home and to have another one, it’s definitely a special moment. The list of winners, Faldo, McIlroy, Olazábal, Seve, the champions at this event, and to put my name on there is really special.

For the 24-year-old star, it was his fourth European Tour win to go with his three wins on the PGA Tour.  He was trending up coming into Lahinch.  He was third at the U.S. Open at Pebble Beach, runner-up in Spain last week.

His game is heating up with the Open Championship at Royal Portrush just a short two weeks away.

“I’m excited,” Rahm said when he was asked about the season’s final major.  “Portstewart wasn’t far away (from Portrush).”

Rahm will be one of the favorites at Royal Portrush.

He’s trending up, straight up.

And that’s a good thing with the Open Championship a heartbeat away.