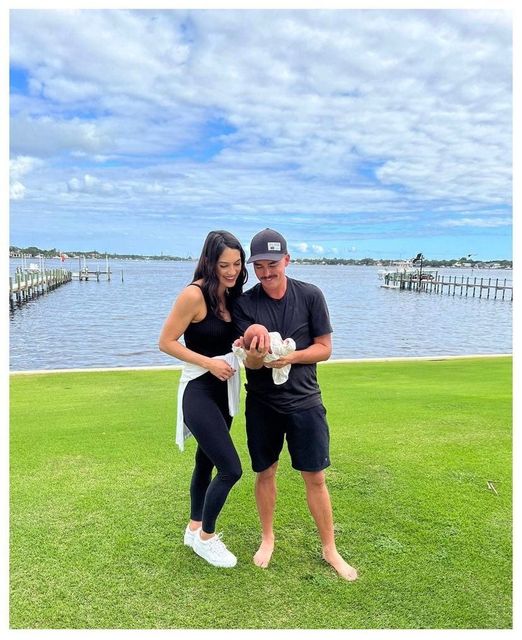 Rickie Fowler just about got it spot-on a few months back when he wrote on social media:  Fowler — Thanksgiving party for three.

The proud parents posed for pictures of their newborn daughter in Rickie’s back yard with the Loxahatchee River in the background.

Rickie’s game has been on the up-swing, including a tie for third at the CJ Cup last month in Las Vegas.  Fowler may be the player who is most likely to have a Jordan Spieth-like comeback in 2022.

Two-time major champion Martin Kaymer is preparing to become a father for the first time.

Kaymer announced this week that he’s taking the next three months off in anticipation of the birth of his first child with fiance Irene Scholz.

The couple is expecting in January and Kaymer will be at home in Germany.  After the baby is born, the couple will move to Florida.

“Commuting between America and Europe just hasn’t worked for me,” Kaymer said of the mmove.  He’s looking to live in the U.S. on a permanent basis, along with a change in training as he looks to rediscover the form that won him two major championships.