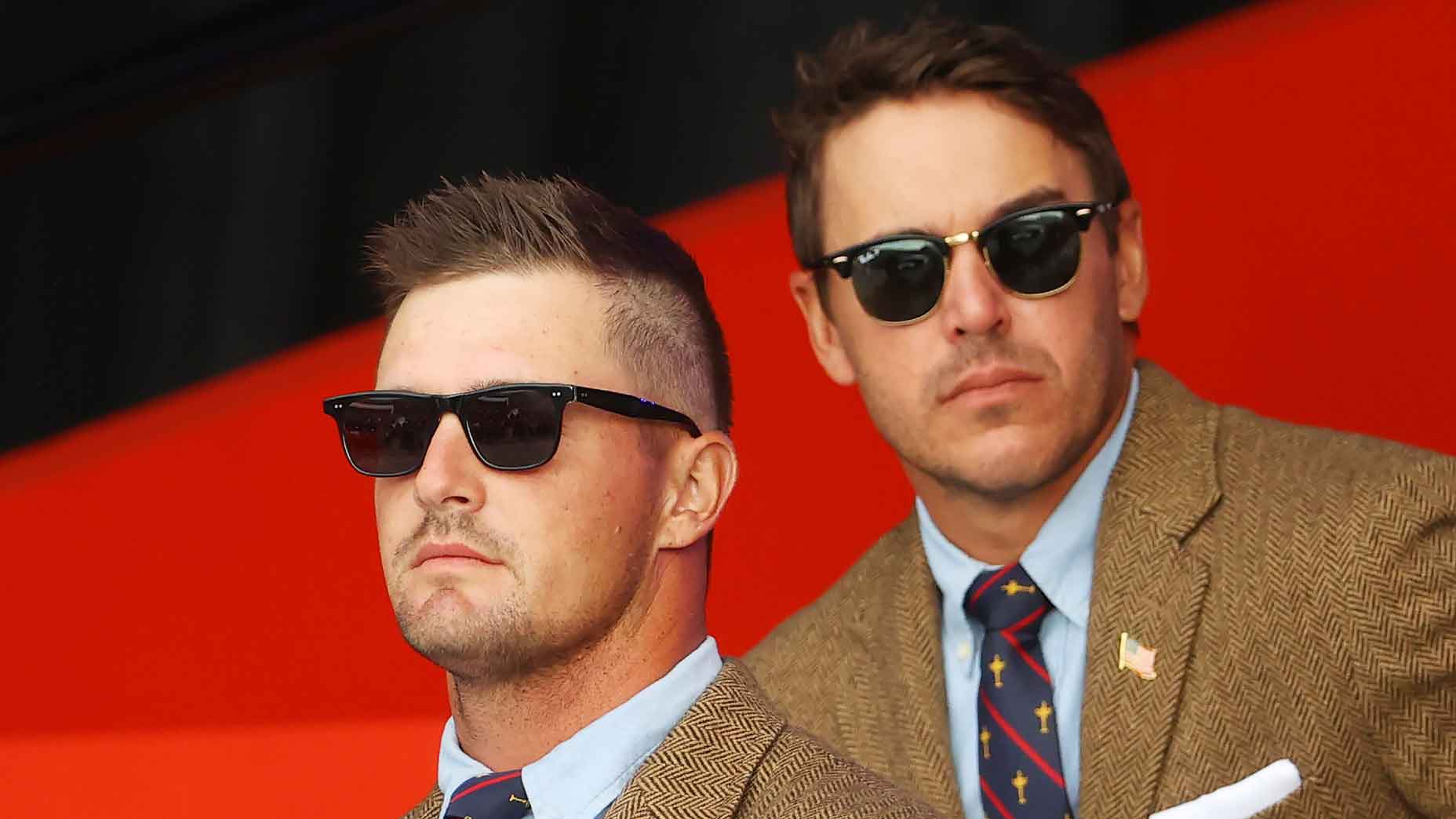 Bryson DeChambeau can be likeable, Brooks Koepka is anything but.

So now we have Brooks (Koepka) versus Bryson (DeChambeau) today, the day after Thanksgiving in a strange format — just 12 holes at the Wynn Resort course in Las Vegas.

We had some “fake hype” this week — but don’t believe it.  It’s almost laughable.

Once again it’s Koepka turning up the Bunsen Burner on long-ball loving DeChambeau.

Let’s get down to some hard facts.

First, Brooks Koepka isn’t very well liked on the PGA Tour.  Ever since he bad-mouthed the Ryder Cup, it showed that Brooks is basically, well, all about Brooks.  He’s surly, his interviews stink with that nasal monotone of his and there’s never much substance.  At least not until Brooksie sat by his pool at home and proclaimed to Golf Digest last summer that he’d probably win more majors than Tiger Woods and had a chance to equal or pass Jack Nicklaus.

Note to everyone:  Brooks thinks very highly of himself.

So this week, Brooks was firing shots at Bryson starting with this gem:  “Playing 12 holes is nice, I mean it’s better than playing 18 holes with Bryson. Anything to spend less time with him I’m happy to do.”

Note to everyone:  Ryder Cup captain Steve Stricker drafted Daniel Berger to play with Koepka, because, well, no one else really wanted to.

Then you have Brooks throwing out that he’d like to get Bryson about seven down and walk off with five holes to play.  “There’s nothing more I would love than to walk away after seven holes<” Koepka said, adding to the fake hype.

Truth of it is, until Brooks and Bryson go head-to-head on the final day of a major — well — where is the “rivalry?”

Koepka admitted to it.  “I wouldn’t say it’s that big of a rivalry,” Koepka told Phil Mickelson, who will provide commentary today on TBS and TNT. “I mean when you’ve got four-to-one (majors) and the one (Bryson’s)  was during COVID and I didn’t play?  So, I don’t know how big of a rivalry that could be. When you win a major and I’m there then it might be more credible.”

So the big question that remains is: Will there be an “trash-talking” during actual play today?

“I can say anything to him and not feel bad about ruining the guy’s round or anything like that,” Koepka boasted.

So this one has implied promises, implied hype.

Perhaps the only guarantee is that Mickelson and Charles Barkley will be more entertaining that Koepka and DeChambeau.

On Television and Streaming: