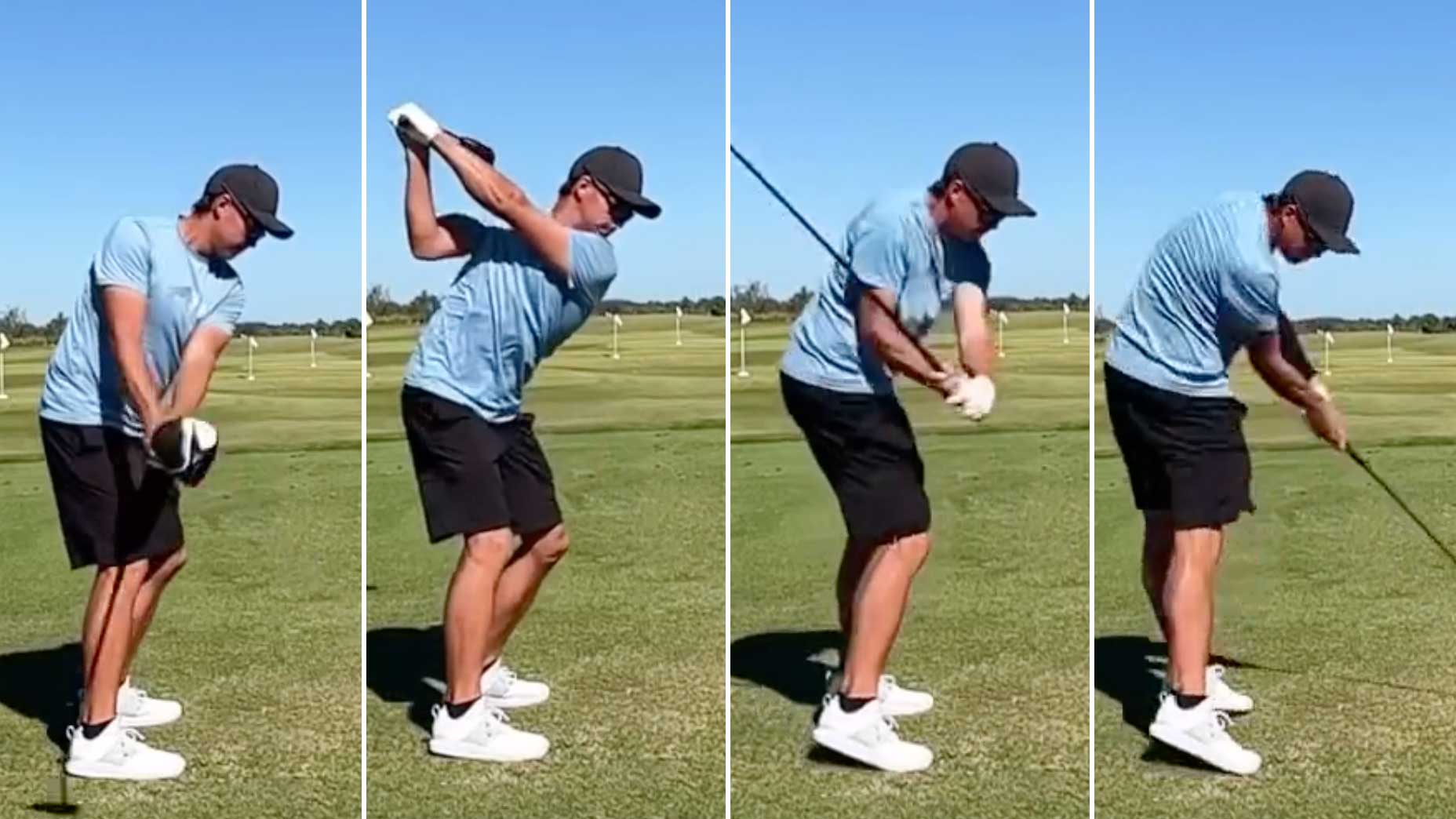 Rickie Fowler has gotten ride of that "laid-off" position at the top of his backswnig.

Doesn’t seem all that long ago when Rickie Fowler was the endorsement sweetheart of the PGA Tour.

His face was everywhere, his the the King Of Commercials — his off-the-course income was extraordinary.

Then came the tough times and he hasn’t been in the winner’s circle since the 2019 Phoenix Open.  Rickie played in 18 events last year — he missed nine cuts.  No top 10s, no top 20s.

Last fall Rickie showed some promise with a tie for second at the ZOZO and he tied for sixth at the Fortinet.  He makes his first start of 2023 this week at the American Express.

He’ll be out there with a swing that has overgone a pretty good overhaul.  When you look at the swing sequence photos above, first thing you’ll notice is that the club isn’t laid-off at the top — it’s something he’s played with for a long time.  Butch Harmon tried to get rid of it but didn’t have a great deal of success with Rickie and maybe that’s Rickie’s fault.  Butch doesn’t pull any punches, he’s one of those tough love guys and inside word is that Butch once chided Rickie:  “Do you want to be a player or do you want to be a Kardashian?”  He was poking fun at Rickie in all those television commercials.

Rickie’s swing this week looks so much different.  He’s overcome that big loop that defined his old move on the downswing.  Now he looks to be more on plane throughout the swing — before, if his timing was off, his shots were erratic.  Now he should be able to square up the clubhead more consistently.

At the start of his swing, the clubhead looks to be what analysts would term more “in” at the beginning of his move.  In and up.  The shaft is steeper, but on plane and then you can see it shallows coming into the ball on the downswing.

It’s obvious that Fowler has put in some serious work to make those changes.  He needed to.

Fowler barely made the playoffs last season.  He made an early exit after a tie for 64th at the WGC St. Jude.  This year only the top 70 make it to the playoffs and perhaps that gave Rickie the kick in the pants he needed.

Rickie and the rest of the field this week at the American Express are playing in what used to be the Bob Hope Desert Classic in times past.  The field visits three courses over the first three days — LaQuinta Country Club, the Nicklaus Tournament course and the Pete Dye Stadium Course, where 36 of the 72 holes are staged.

The truth of the matter is that this is a make-or-break season for Fowler.  When he won the Players Championship in 2015 — the world was his oyster.

Now he’s digging in the dirt, as Hogan once said.  He’s trying to get back to where he used to be.  And that’s no easy task given the talent level on today’s PGA Tour and the number of fast up-and-comers like Tom Kim.

Rickie’s calling card used to be that wonderful putting stroke.  If he can revive that and if this overhauled swing can produce, maybe, just maybe we’ll see Rickie in contention again late on a Sunday afternoon.